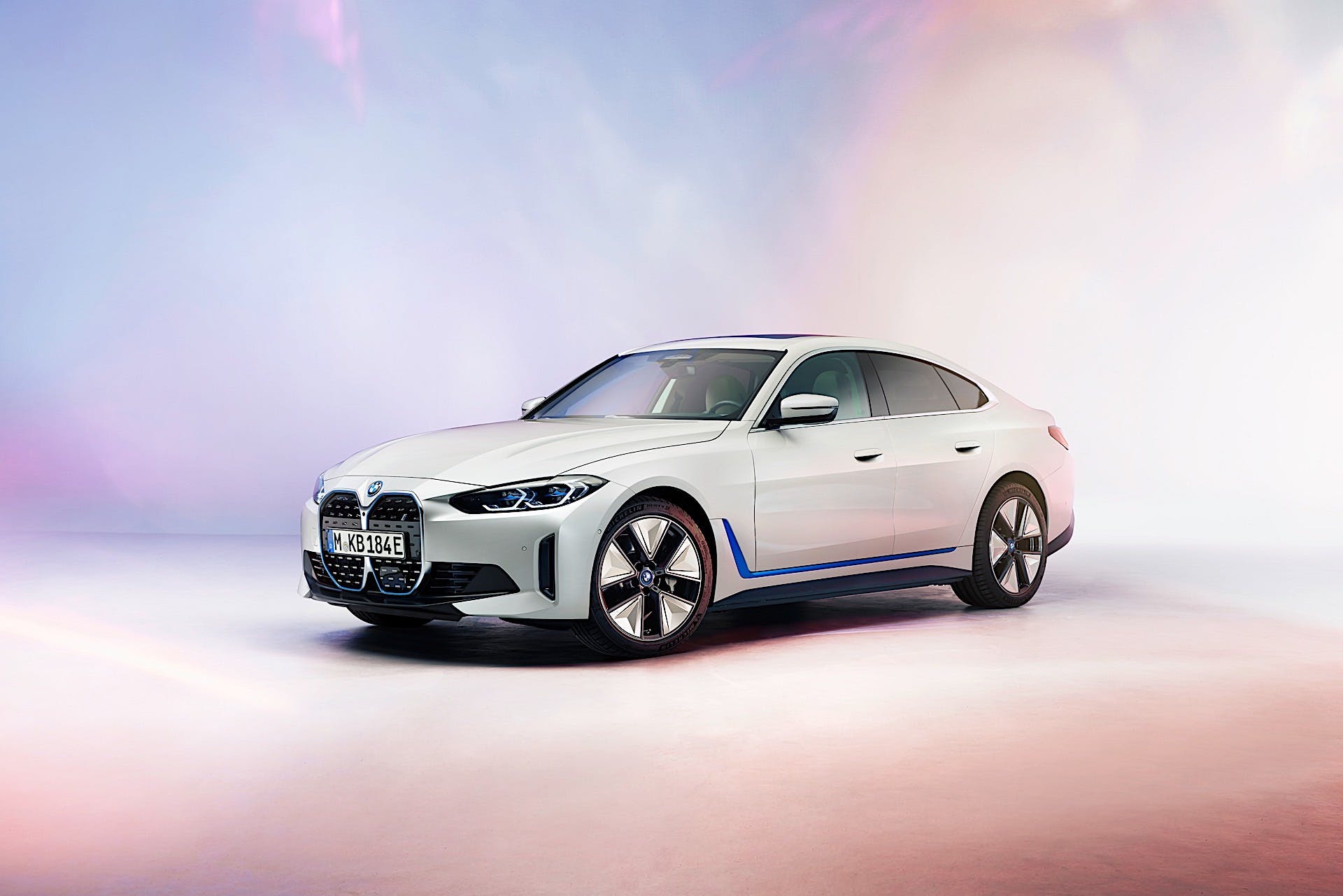 The production 2022 BMW i4 has been unveiled and it looks similar to the upcoming 4 Series Gran Coupe. That means the all-electric four-door sedan sports a swoopy, coupe-like roofline, giving the car a long, lean look. Key design cues include blue exterior accents, aerodynamic-looking alloy wheels, and a massive kidney grille that’s partially closed. The i4 also appears to have a conventional trunk instead of a liftback-style hatch, which was what the previous-generation 4 Series Gran Coupe had.

When it goes on sale in late 2021, the BMW i4 will be available in multiple versions including an M Performance model. The most powerful model is expected to have 530 hp. Long-range variants, on the other hand, can travel around 300 miles per charge on the EPA cycle. Acceleration to 100 km/h (62 mph) takes just around 4.0 seconds in the most powerful version.

Along with the iX crossover, the i4 will be one of the first vehicles to feature the iDrive 8 user interface. BMW will release additional details on the i4 in the coming weeks. We’re expecting more information on the rest of the lineup. In addition to a dual-motor setup, a single-motor variant should also be in the cars. However, that could only be available with less powerful powertrains.