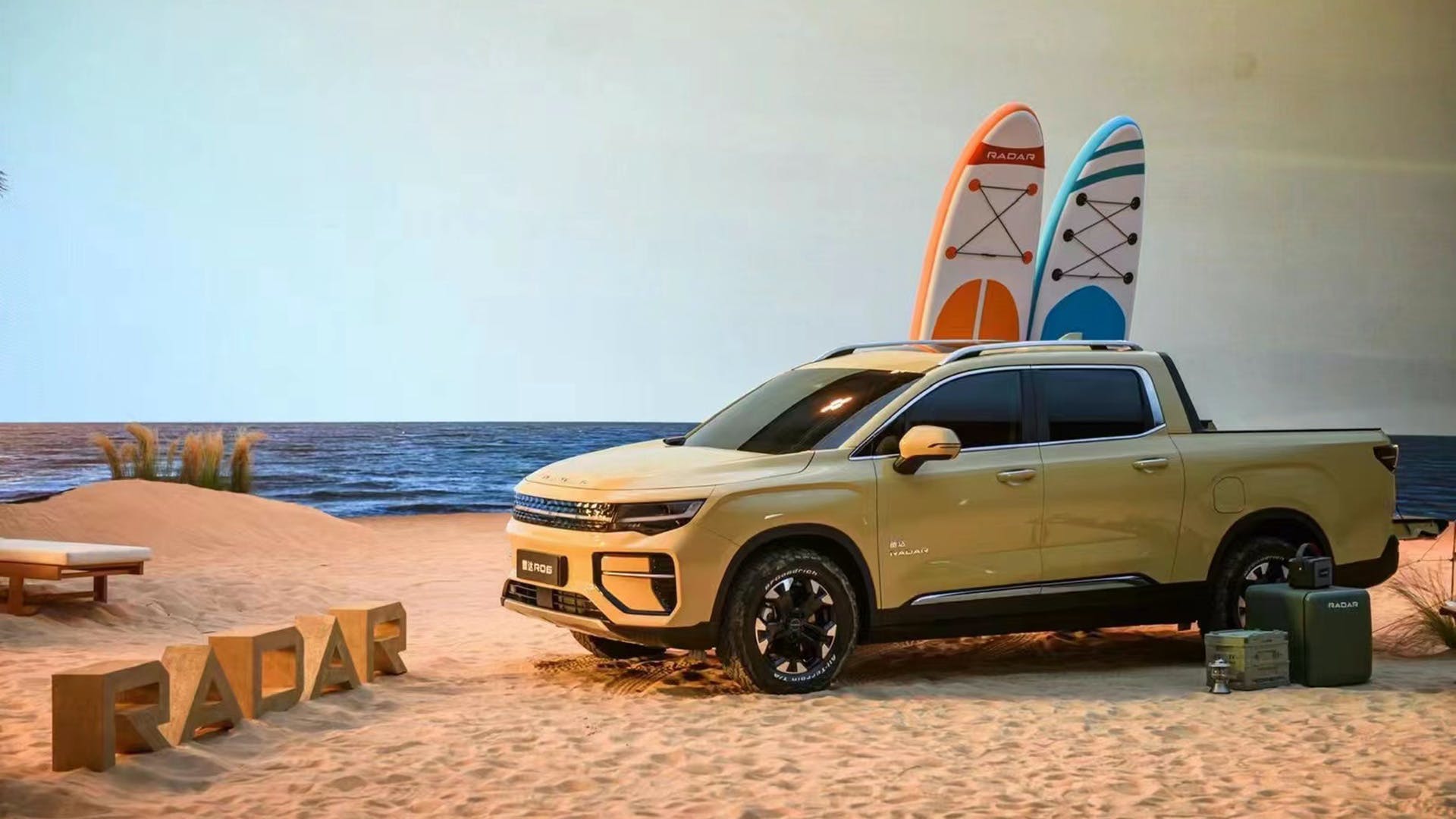 Geely Holding Group, which owns Volvo, Polestar, and Lotus to name a few, has launched a new brand: Radar Auto. It’s being billed as “China’s first pure electric outdoors lifestyle vehicle brand” and its first model—excuse me—”first electric adventure vehicle” is a pickup truck called the RD6. According to Geely, although Radar Auto is starting with a truck, the brand will mean much more than just trucks. Its goal is to appeal to a new generation of consumers that are looking for vehicles that are as sustainable as their adventures into nature.

The brand will be independent within Geely Holding Group, with its own R&D facility in Hangzhou and a fully-equipped EV production facility in Zibo, Shandong. Production and deliveries of the RD6 pickup is scheduled to begin in the fourth quarter of 2022. Ultimately, Radar Auto plans to offer a full portfolio of electric lifestyle vehicles, including more pickup trucks, SUVs, as well as ATVs and other lifestyle products.

At the helm is Dr. Ling Shi Quan, who will serve as CEO of Radar Auto. He is a veteran engineering lead at Geely Auto Group and has been involved in several major milestone projects for various Geely Auto Group brands including Lynk & Co and Geely Auto.

As for the Radar RD6, its design has been supported by Peter Horbury and his design studio in the U.K. It will ride on the Sustainable Experience Architecture (SEA), the same platform that will underpin various upcoming EVs from brands within Geely including Volvo and Polestar. The platform gives the RD6 access to single and dual motor options, and since it is an EV, it’ll naturally have a front trunk to go with its truck bed. More specifics on the Radar RD6 will be announced at a future date.

Going beyond just vehicles, Radar has also announced a lifestyle sub-brand called Radar Weekends. It will focus on outdoors lifestyle events and has already formed partnerships with other brands including NatureHike and National Geographic China. With NatureHike, the two companies will develop a variety of outdoor camping accessories specifically to be used with Radar Auto’s vehicles, while the relationship with National Geographic China will result in a program called Protect Nature’s Wonders that will promote the concept of leaving no trace behind when adventuring in the great outdoors.

“Understanding this new market segment and creating a new brand specifically for these unique users has been the highlight of my career so far,” said Dr. Ling. “Radar Auto will be purpose driven from the outset and that purpose is to allow users to explore the world in a more sustainable way.”