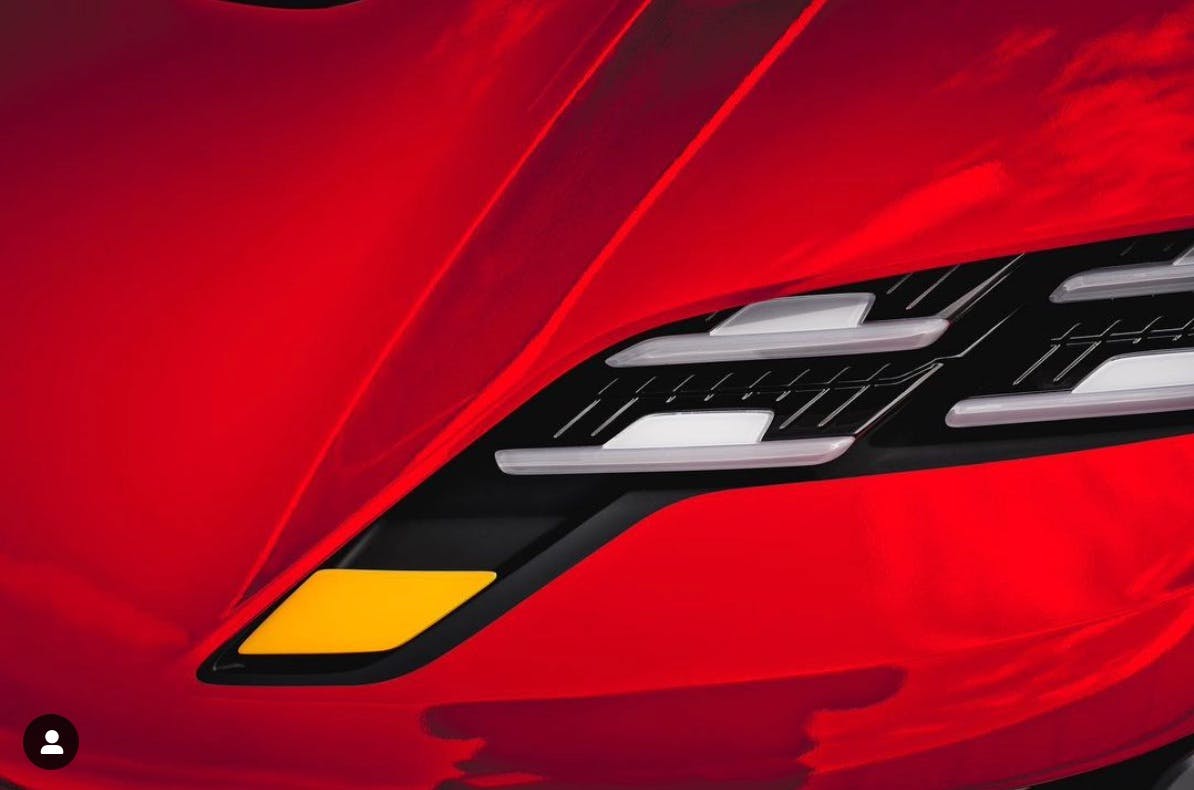 Porsche has announced that it will be showing a new concept car at the 2021 Munich auto show. The brand has described this as a “future-oriented concept study” meaning it’s likely going to become a production vehicle later down the line. Based on the sole teaser photo released on social media, this car is all-electric because the design cues its sporting are reminiscent of the Taycan. The headlights, for example, are thin and have the same four LED strips as Porsche’s first all-electric model. One difference is that the cluster extends down on the inner part instead of the outer part.

The teaser also made mentions about motor sport being a test bed for engineers to show off their latest innovations ahead of series production. It continues by noting that Porsche has continued to use this as part of its vehicle development process for all of its models. While that seems to hint at something related to the 911, that doesn’t rule out other models because Porsche has also raced the 718 Cayman extensively across the globe. This concept may give us a glimpse of what the next-generation 718 lineup could be because those have been rumored to get electrified.

Porsche has long said that the 911 will be the last vehicle in its lineup to get some form of electrification. That car may not go all-electric at all and make do with a hybrid powertrain instead. When you consider that, all signs point to this concept car previewing the next-generation 718 family. It is well known that Porsche wants an all-electric sports car in its lineup to complement the Taycan and the upcoming Macan EV. The most logical option there is to transition the Boxster and Cayman into battery-electric vehicles.

Should this concept car be a preview of the next 718 Boxster and Cayman, this could also show a new Volkswagen Group battery-electric platform developed specifically for smaller vehicles. As with all EV-specific architectures, expect a skateboard style layout with the battery mounted as low as possible under the passenger floor. Considering the 718 is a roadster and a small coupe, the battery could be smaller than what you’d typically find in cars like the Taycan. The electric motor should also be mounted in the rear, effectively giving the car RWD. Like the Taycan, the all-electric 718 could potentially get a two-speed transmission to give it a higher ratio for high-speed driving. Although a dual-motor layout is possible, Porsche isn’t likely going to add a front electric drive motor on the next 718 to keep the car’s rear-drive dynamics intact.

Scheduled to debut on Sept. 6, this Porsche concept should give us a glimpse of the brand’s next design evolution. As electrification proliferates throughout its lineup, this show car could be our first glimpse of how the brand’s sports car offerings transform with the change in propulsion source. After the two Taycan models, Porsche will introduce the Macan EV next year, which will be the first vehicle on the Volkswagen Group’s PPE architecture. Following that will likely be the production version of this concept — the next-generation 718 — that may end up on a new platform. We’ll have to wait until the first week of Sept. to see what this concept hints at. For now, we think this is an electric sports car earmarked for future production.