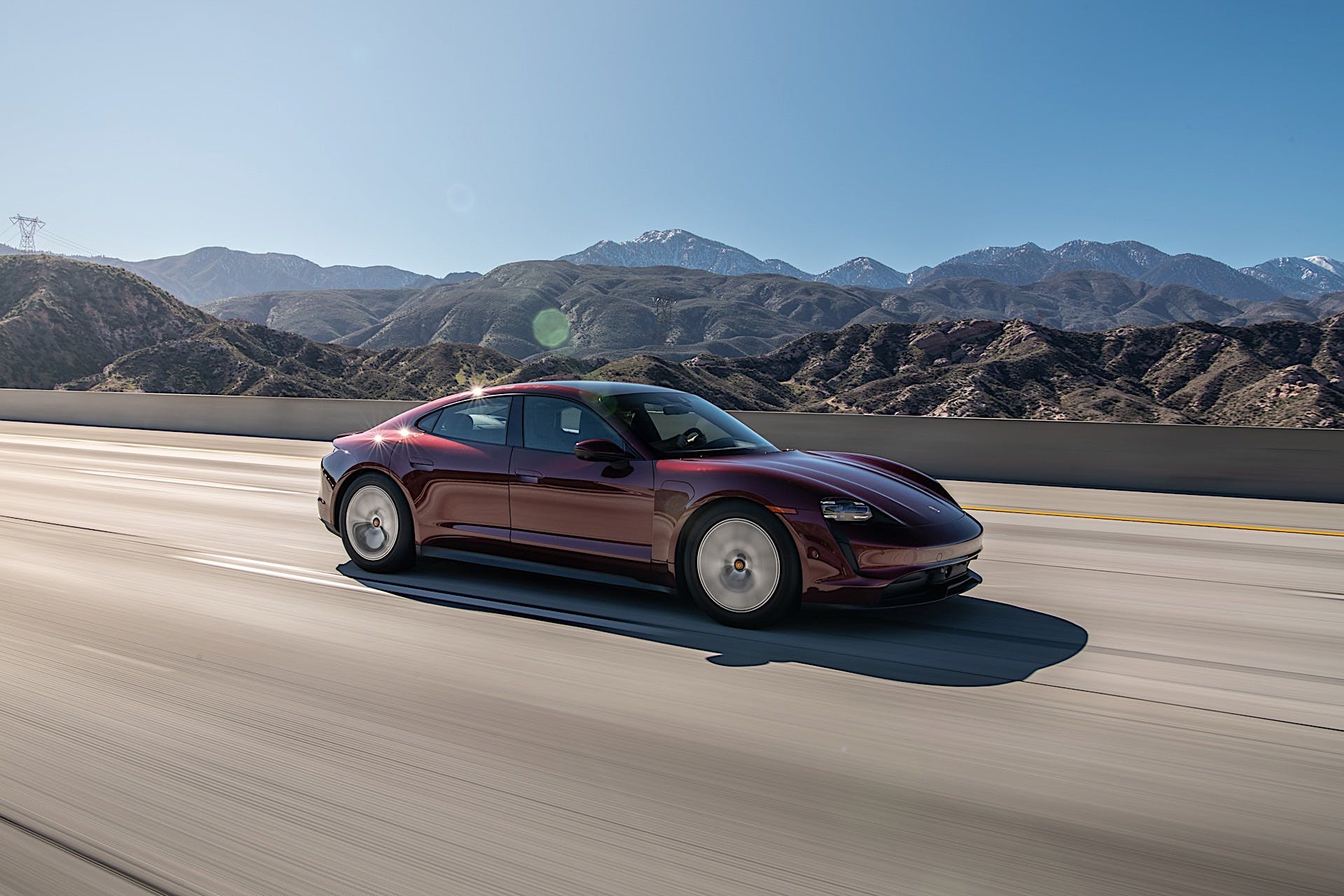 We’re barely a month into 2022 and the Porsche Taycan has picked up another Guinness World Record title. Porsche’s all-electric sports sedan has taken the crown for the shortest charging time to cross the United States in an electric vehicle. The bench mark was 7 hours, 10 minutes, and 1 second (Set by the EV6 — Ed.). By how much did the Taycan beat the previous record. A lot. During a cross-country trip from Los Angeles to New York City, the cumulative charging time totaled 2 hours, 26 minutes, and 48 seconds, beating the previous record by a significant amount.

Behind the wheel of the record-shattering 2021 Porsche Taycan is Wayne Gerdes who already holds multiple Guinness World Record titles. If his name sounds familiar, that’s because Gerdes was also the one that broke the Guinness World Record for the longest distance traveled by a hydrogen fuel cell vehicle without refueling. Along with co-driver Bob Winger, Gerdes piloted a Toyota Mirai 845 miles before needing to refuel. This latest title with Porsche adds another to his growing list of achievements with electrified vehicles.

“Comparing charging performance from a variety of EVs I have driven to date, the Taycan sets the bar,” said Gerdes. “The first time I charged on a 350-kW charger, 6 to 82 percent occurred in just 22 minutes.” To complete the Guinness World Record title attempt, Gerdes was required to meet a set of requirements including taking note of every stop with an independent witness on hand for each charge. The whole journey was filmed and tracked via GPS before they got accounted for and certified by an adjudicator panel.

The vehicle used was a standard RWD Taycan equipped with the optional 93.4-kWh battery. It also came with the Premium package, adaptive cruise control, and the Electric Sport Sound. Gerdes plotted his cross pin try route using the Electrify America and Plug Share apps, and benefited from the plug-and-share capability throughout the trip.

I’m proud and honestly a little surprised to have set the new bench mark by such a margin. The Taycan performed even better than expected,” said Gerdes. “Its performance, comfort, and road-holding were excellent, but the standout metric alongside the charging capacity was its efficiency. I’m grateful to both Porsche for supporting me and to Electrify America’s network, which made it possible.”

A few weeks ago, a Taycan 4S Cross Turismo set the Guinness World Record for the greatest altitude change ever achieved by an electric car. It started at the Eagle Mine in Michigan and ended at the top of Pikes Peak in Colorado. The car covered over 1,400 miles and a vertical distance of three miles in 33 hours and 48 minutes.

The Porsche Taycan is one of the first battery-electric vehicles to feature an 800-volt architecture. That means it can DC charge at peak rates of 270 kW, enabling it to go from 10 to 80 percent in just 22.5 minutes. Even the level 2 AC charging tops out at 11 kW, enabling the car to get a full charge overnight even with the larger 93.4-kWh Performance Battery Plus. The Taycan is also well-known to have conservative EPA range estimates. Traveling 300 miles on a single charge is easily done via the standard and 4S models.