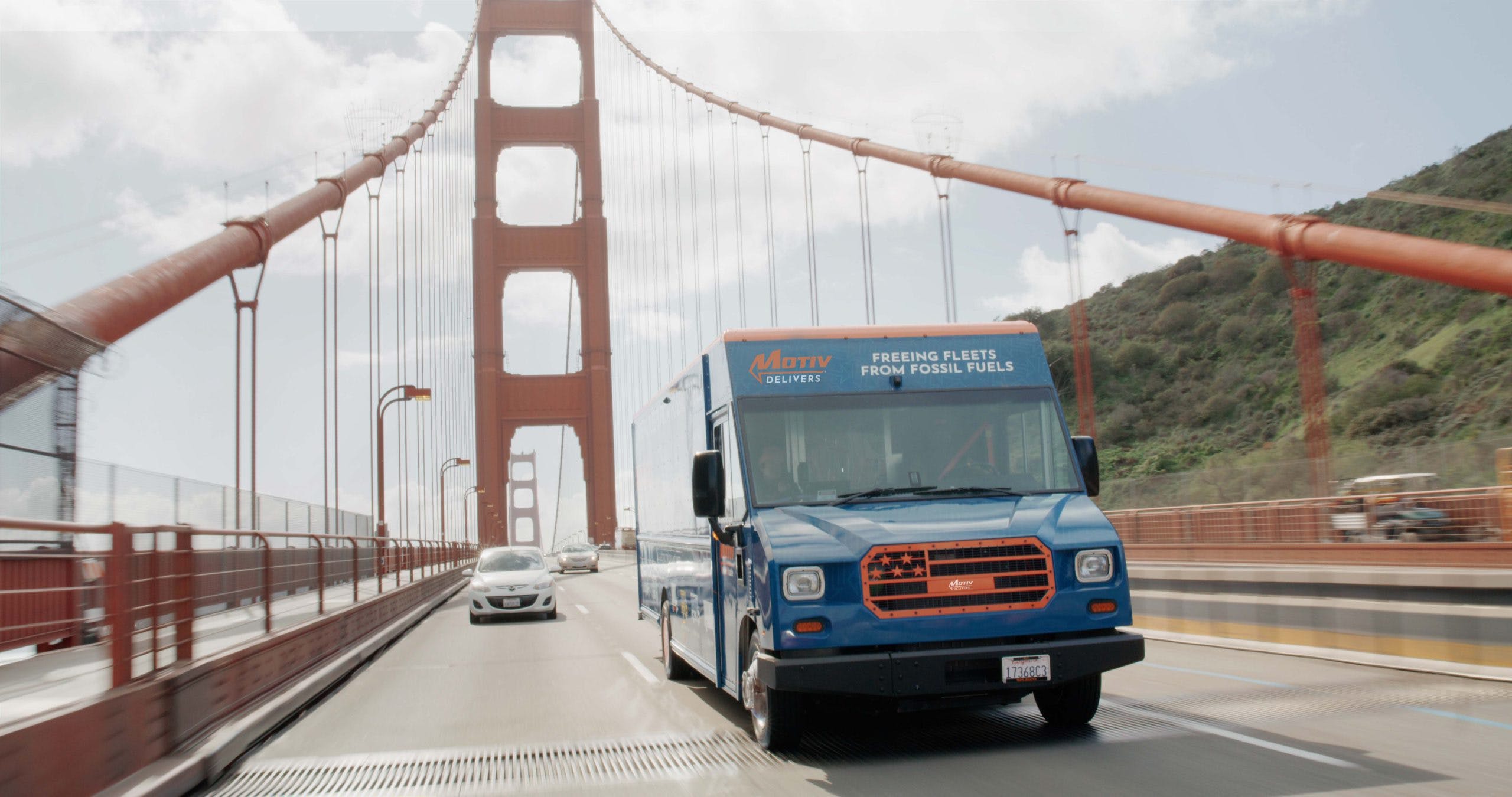 Motiv Power Systems, a leader in battery-electric trucks, vans, and shuttles has revealed new field test results on its next-generation powertrain technologies. For its sixth-generation battery-electric vehicles, Motiv has announced that it will be partnering with Our Next Energy (ONE), a Michigan-based company specializing in propulsion batteries for BEVs. Prototypes are already undergoing testing and will launch in 2023.

Motiv announced that it will be using ONE’s Aries LFP battery system for step vans, trucks, and buses. The company says that this pack will enable a vehicle to travel over 150 miles per charge, a range it notes exceeds medium-duty EV technologies that are currently available. In a field test conducted in Northern California, a medium-duty BEV hauling 6,000 pounds of payload traveled south from the Golden Gate Bridge in San Francisco to the Bixby Bridge in Monterey County to confirm the vehicle’s range. A second field test was conducted in urban environments and on the highway with varying traffic conditions with the same payload that operators expect on a daily routine.

This is a major milestone for our commercial customers – who deploy EV fleets every day that are critical to driving business results,” said Tim Krauskopf, CEO of Motiv Power Systems. “In fact, the expanded 150-mile range easily doubles the number of addressable routes a fleet can complete with Motiv trucks and buses – which means they’re able to deliver more goods, services, and people for their customers.”

ONE’s new battery technology is a crucial advancement for BEVs in the commercial vehicle sector. Motiv’s BEVs will have two packs totaling 156 kWh. Previously, the company used three packs that generated only 127 kWh. These also use a new safe and sustainable LFP cathode chemistry that avoids any thermal runaway. This layout is also more thermally and chemically stable. The Aries battery chemistry is also free of nickel and cobalt, lowering costs and making it more sustainable. Additionally, the lack of these components also creates a more environmentally friendly supply chain versus the current industry. Cutting out nickel and cobalt also cuts costs because these are the most expensive components of the battery while reducing its impact on the environment.

Mujeeb Ijaz, CEO of ONE noted that its structural-to-cell architecture provides higher system-level energy density versus its competitors. “Improving the energy density of electric commercial vehicles will allow for better range, increasing fleet-wide adoption,” added Ijaz. The battery’s scalable architecture also allows for series and parallel configurations and at least 3,000 recharge cycles. ONE’s integrated Battery Management System (BMS) protects the battery from overcharging via triple redundancy and a current measurement system. Since the new pack takes up to 30 percent less volume than its predecessor and is more densely packed, Motiv’s BEVs will benefit from improved range and performance.

Included in Motiv’s sixth-generation platform is a new electric motor. This is part of a patented suite of technologies used by the company for its family of all-electric vehicles. It will be used across Motiv’s entire lineup starting in 2023. In addition to the Aries battery pack, ONE is also working on a solid-state unit called the Gemini 001. That first prototype traveled over 700 miles per charge when it underwent evaluation in a retrofitted Tesla Model S.