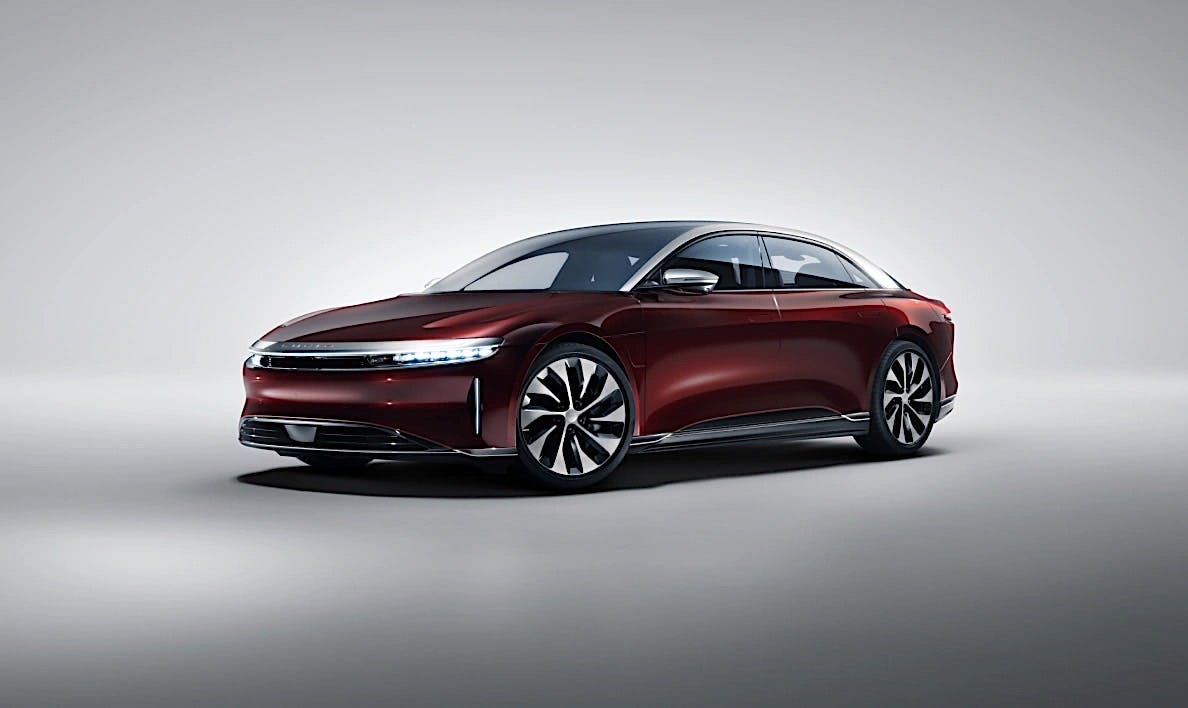 The Lucid Air lineup has grown with the addition of a new model called the Grand Touring Performance. As its name suggests, this version is based on the Grand Touring trim, which can travel 516 miles per charge and has the longest range of any battery-electric vehicle now that the Dream Edition R is no longer available. This latest version trades driving range in favor of speed because the Air Grand Touring Performance generates 1,050 hp from its two electric motors. As a result, it can hit 60 mph in 2.6 seconds. While its range drops to 446 miles, that’s still more than every other BEV on the market including the Tesla Model S Long Range and Mercedes-Benz EQS sedan.

Like the model it’s based on, the Lucid Air Grand Touring Performance is a fully loaded model with a long list of standard features. This includes the glass roof, the Lucid UX featuring a 34-inch display with 5K resolution, heated, ventilated, and massaging front seats, a 21-speaker Surreal Sound audio system, soft-close doors, and full LED headlights. The Air Grand Touring Performance also gets the DreamDrive Pro driver assistance suite, which includes the first automotive application of LIDAR in North America.

Every Air Grand Touring Performance features a 900-volt charging architecture. This allows the vehicle to take advantage of high-speed DC chargers since it has a peak rate of up to 350 kW. As a result, the Air can regain 300 miles in 21 minutes during ideal conditions.

“Lucid Air Grand Touring epitomizes the promise of the Lucid brand — a triumvirate of industry-leading range and efficiency, stellar driving dynamics, and luxurious interior space,” said Peter Rawlinson, CEO, and CTO of Lucid Group. “This unparalleled fusion of attributes is the product of Lucid’s groundbreaking in-house technology, exemplified by our miniaturized drive units with the unrivaled power density and race-proven 900V+ battery and power architecture.”

Five exterior colors will be available on the Air Grand Touring Performance, Stellar White, Infinite Black, Cosmos Silver, and Zenith Red. It gets 21-inch Aero Sport alloy wheels as standard wrapped in Pirelli performance tires developed specifically for Lucid. The standard Grand Touring is available with 19-inch alloy wheels with all-season tires, which is one of the reasons why it travels 516 miles per charge.

Lucid has themed the Air Grand Touring Performance’s interior named after regions within its California home base. They’re carefully curated to provide a unique experience and ambience to the car using materials like natural grain leather, wood, and Alcantara suede. If you’re not a fan of leather, Lucid also offers a two-tone alternative called PurLuxe.

Pricing for the Lucid Air Grand Touring Performance starts at $179,000 with deliveries beginning in June 2022 for U.S.-based customers. Deliveries for the standard Grand Touring model have already started, initiating the launch of the full production series vehicles. Lucid initially offered the Dream Edition R and Dream Edition P, which were limited to 520 units and sold only for one year. Additional versions will follow including a rear-drive, single-motor called the Pure, and the mid-grade dual-motor Touring variant. The former makes 480 hp while the latter has 620 hp. Every version of the Air is estimated to have a range of over 400 miles regardless of the drivetrain configuration.

Written by Stefan Ogbac
Follow Author
RELATED ARTICLES
2022 Lucid Air is officially the longest-range EV
Lucid Air Dream Edition will be available in Performance and Range versions
Lucid Air to get 113 kWh battery pack when it goes on sale next year
The best spray waxes to keep your EV shining like new
RELATED ARTICLES
JOIN THE EV PULSE NEWSLETTER
Receive weekly updates on each of our electrifying articles.