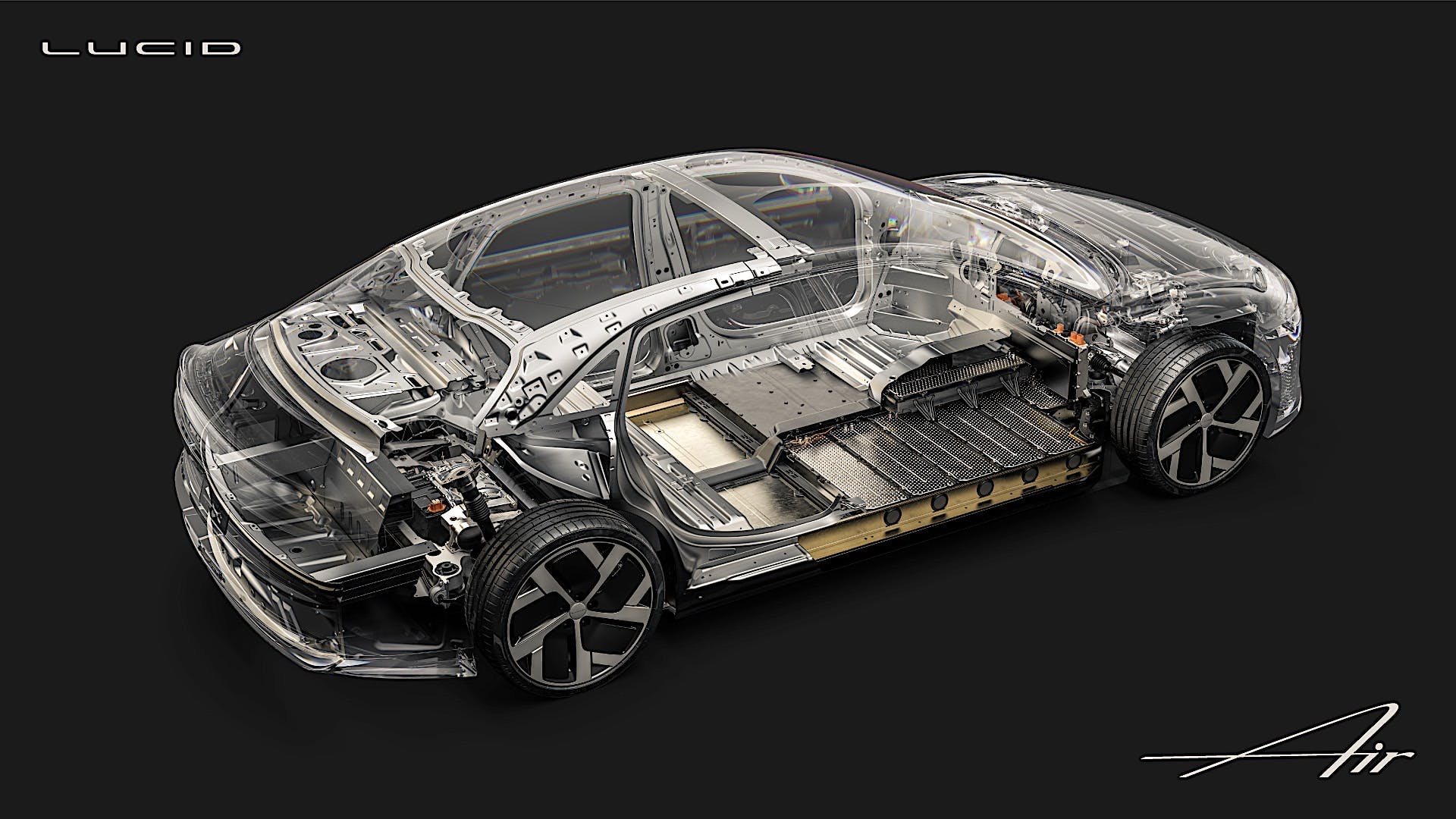 The Lucid Air is, at least according to the manufacturer, the first true luxury car designed from the ground up to be an electric vehicle. While surely Elon Musk would disagree, Lucid’s Air seems to tick the luxury boxes while offering the range and storage of an everyday runabout.

Today Lucid announced that the Lucid Air, based originally on the Lucid Space Concept, will pack a 113 kWh battery. Lucid claims that that battery will be good for 517 miles of range.

Range isn’t the only thing that makes a good road trip car. You need to be able to store all of your stuff. The Lucid Air will have “class leading” interior space, and the “largest frunk ever offered in a production EV.”

The Lucid Air will be officially unveiled to the public during an even on September 9th, 2020. The company is taking reservations now.

It’ll be interesting to test the Lucid Air’s range and performance numbers in the real world. Currently the Tesla Model S Long Range is rated at 402 miles of EPA-estimated range. Achieving over 100 miles more than that would be quite an achievement.

But just debuting the car doesn’t mean that the Tesla is no longer the range king. The Lucid Air still needs to make production and get into customers hands, which is easier said than done for some of the EV manufacturers currently vying for consumer dollars.

We’ll know more after the big show on the 9th.