Lexus RZ teased as the brand’s next electrified model 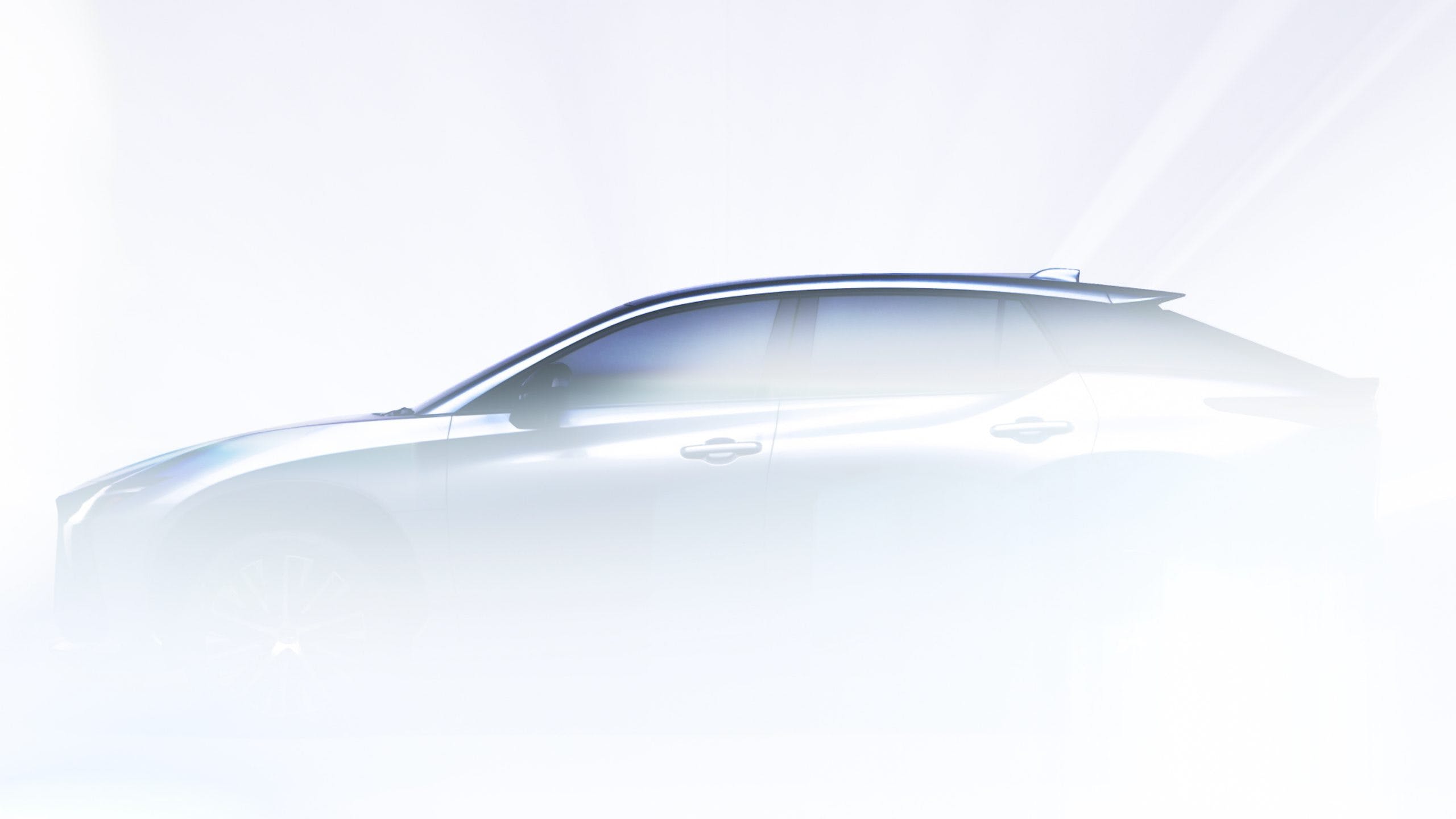 Lexus has finally announced that its next electrified vehicle will be called the RZ. Toyota’s luxury division released a teaser video and several sketches of the production vehicle ahead of its official reveal. From what we can tell, the Lexus RZ is a compact crossover similar in size to the new NX, and most of its design appears to hint that it’s the production version of the LF-Z Electrified Concept that debuted back in March.

A closer look at the four renderings hints that the Lexus RZ will be sporting a new iteration of the brand’s corporate look. The spindle outline is there but since this is a battery-electric vehicle, there’s no grille. That creates the grille-free look that’s common with many EVs and popularized by the Tesla Model 3. Lexus’ swoosh-like LED daytime running lights are now integrated into the upper part of the main headlight cluster, which is meatier than the thin strips on the LF-Z Electrified. The black section on the outer part of the front fascia survived the journey from concept to production and could have small openings to help the crossover slip through the air better.

Continuing to the rest of the vehicle, the wedge shape from the LF-Z Electrified remains. However, it’s not as dramatic in the production car as it is in the concept. As a result, the greenhouse appears slightly more upright and traditional, similar to what you find in the Toyota bZ4X. In the rear, the RZ has full-width LED taillights with Lexus spelled out in the center like in the 2022 NX. You also find a small spoiler, a key detail it shares with the LF-Z Electrified Concept. This time, however, there’s a stoplight integrated into it.

When it debuts in 2022 as a 2023 model, the Lexus RZ will be the brand’s first battery-electric model. Although Lexus hasn’t revealed many details about its new crossover, there’s no doubt that it will use parent company Toyota’s e-TNGA platform, which has been designed for EVs. The LF-Z Electrified had a 90-kWh battery so it’s likely that Lexus will give the production version a large pack to distinguish it from its mainstream cousins over at Toyota. Additionally, this could also result in the RZ becoming the most powerful vehicle on the e-TNGA architecture to date.

The RZ will also be the first Lexus model to use the Direct4 drive control technology that was developed for use in electrified vehicles. This system precisely controls power delivery between the four wheels by managing braking force and torque distribution. In EVs, the electric motor and transaxle are connected to the wheels via a drive shaft. It can also alter the torque split on vehicles with multiple electric motors, allowing them to become front- or rear-biased as needed. When used on cars and crossovers with hybrid powertrains, the Direct4 system effectively eliminates the need for a conventional transmission, making the powertrain a direct-drive setup. The precise control of power also means the vehicle can adapt to what the driver is doing sooner.

Expect the 2023 Lexus RZ to arrive sometime next year and should go on sale soon after its Toyota cousin, the bZ4X. Expect more innovations and possibly higher-performance iterations to find their way into the RZ lineup. Toyota and Lexus’ excellent new multimedia system and the latest version of their suite of driver assistance features should also be standard on all RZ variants.