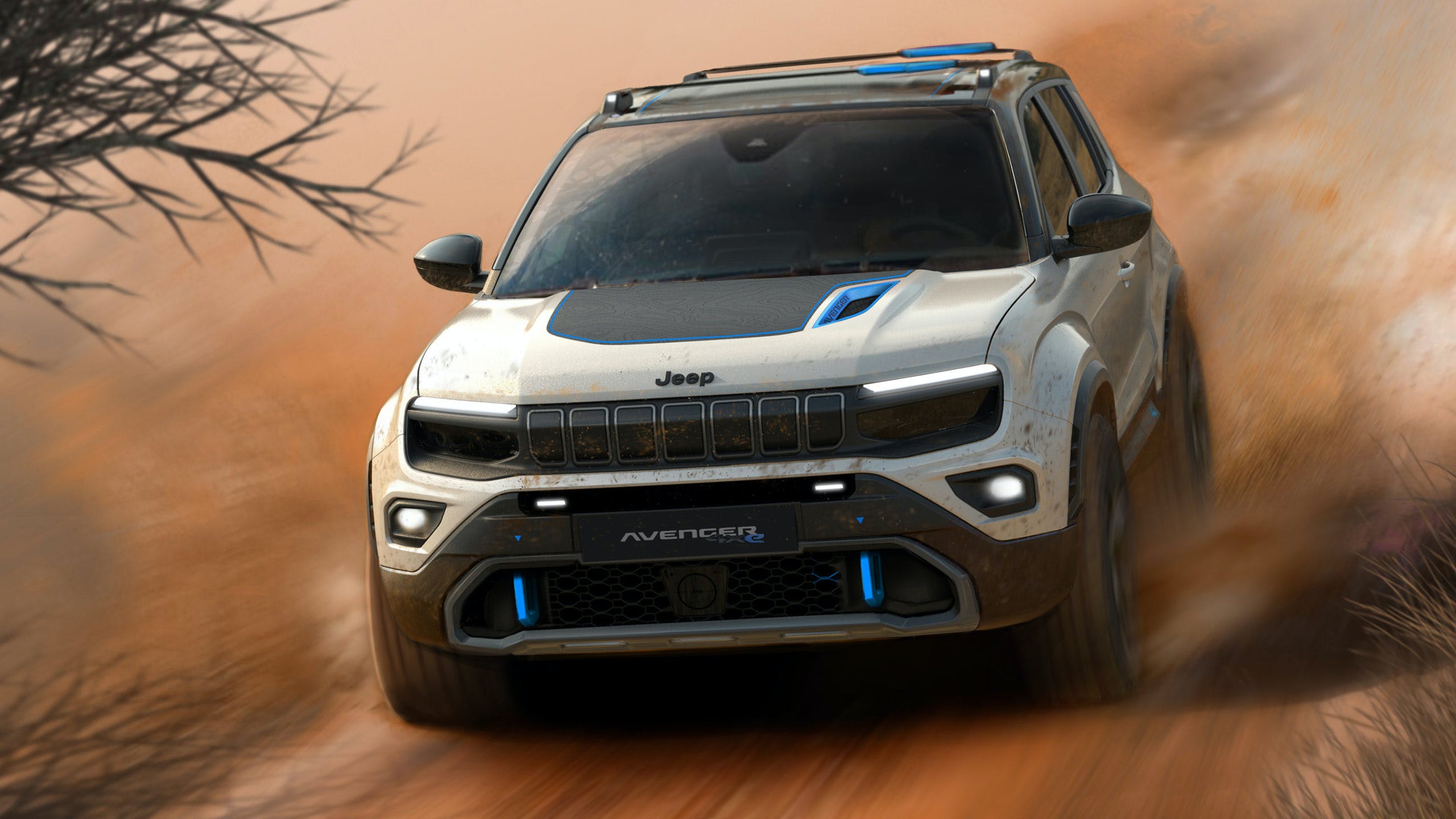 The Avenger, a subcompact SUV that won’t come to the United States, has a base model that is front-drive only. Which isn’t a surprise considering other small Jeeps also start their lives as front-drive units. Look at the Renegade, for example.

But the four-wheel drive version is a dual-motor version of the Avenger. Featuring wide fenders, blacked out grilles, and Jeep’s signature blue on its 4xe models, the Avenger 4×4 Concept looks every bit the part.

LED floodlights are added for visibility off road, and lightweight roof racks can hold off-road recovery accessories or a cargo carrier.

Jeep brand CEO Christian Meunier debuted the concept by saying, in regards to the production Avenger, “But we couldn’t help but wonder, what would happen if we injected the Jeep brand’s four-wheel drive electrified capabilities into a compact package, while retaining the brand’s unique design language, capability and personality?”

We dig the concept, as it resembles the Grand Cherokee 4xe in a lot of ways, with a bit more aggressive of a front end. We know the Avenger won’t come Stateside, as Meunier told us on 4xe Day, but it looks like something that would sell well here.

Of course, looks are a bit deceiving. The Avenger sits under the Renegade in the marketplace, and Americans just don’t like small cars.

Now, if Jeep wants to fly us to a place like Morocco to go blast across the desert, we wouldn’t turn them down!