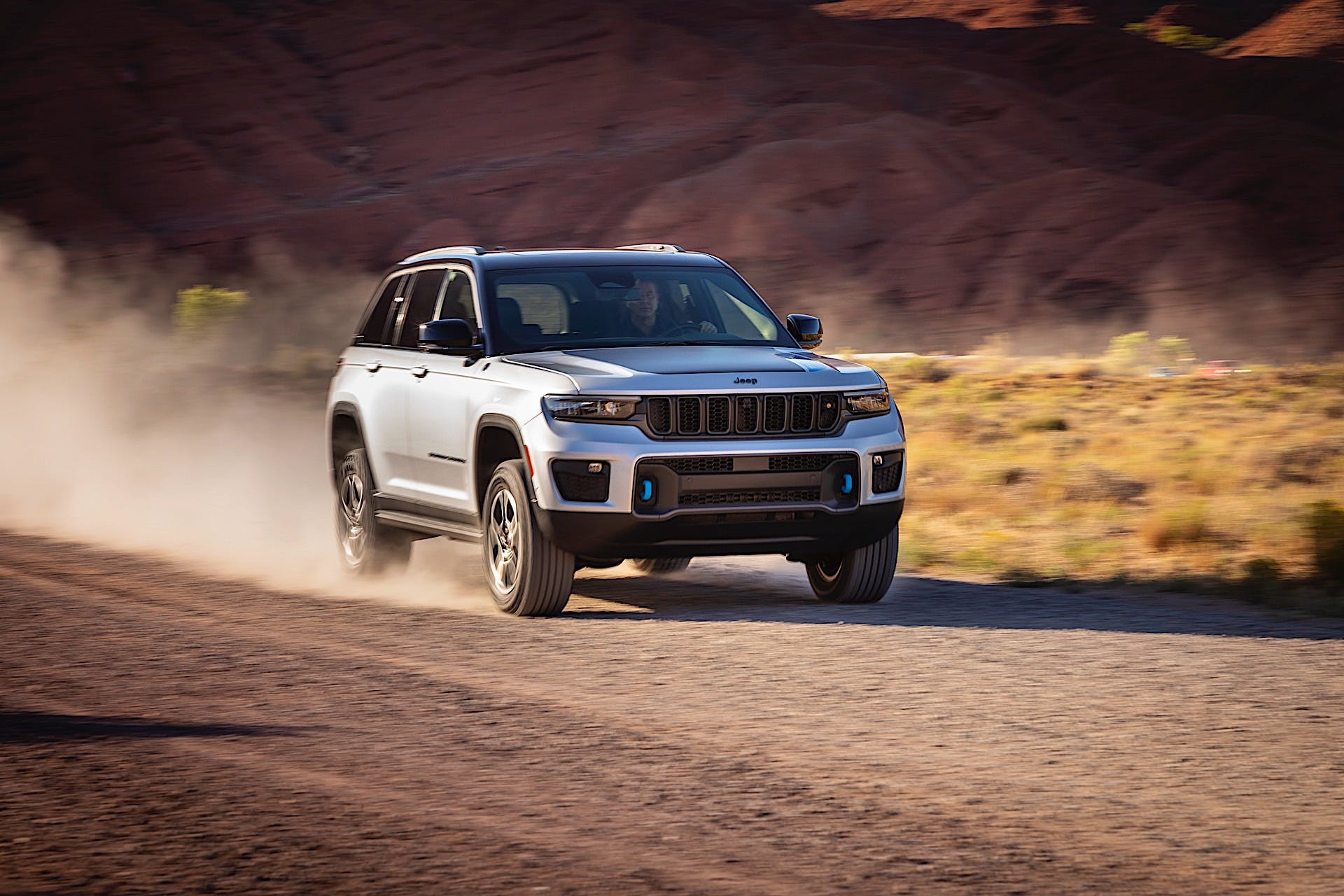 The EPA has released the fuel economy figures on the 2022 Jeep Grand Cherokee 4xe. In all-electric mode, the SUV can travel up to 26 miles on a single charge. When driven as a standard hybrid, the Grand Cherokee 4xe is rated at 23/24/23 mpg city/highway/combined. With a full tank and a fully charged battery, it can travel up to 470 miles. The powertrain is the same one found in the Wrangler 4xe, which couples a 2.0-liter turbo-four to an electric motor, a 17.0-kWh lithium-ion battery, and an eight-speed automatic transmission. Combined, the plug-in hybrid system makes 375 hp and 470 lb-ft of torque.

In the luxury segment, several vehicles compete with the Grand Cherokee 4xe. One of those is the BMW X5 xDrive45e, which can travel up to 32 miles in all-electric mode and has a combined range of 400 miles. When driven as a hybrid, the X5 xDrive45e is rated at 19/22/20 mpg. The electrified X5’s power output has similar output to the Jeep at 389 hp and 443 lb-ft of torque. As with most luxury SUVs, the X5 won’t have the same capabilities as the Jeep when the pavement ends. The trade-off for that is fantastic driving dynamics because the BMW drives more like a slightly lifted electrified sports sedan than a big crossover.

The 2022 Grand Cherokee 4xe has a broad range of models to appeal to a wide variety of consumers. For those that want to take their SUV far off the beaten path, they can opt for the Trailhawk, which gets better clearances, the Quadra-Drive II 4WD system, a two-speed transfer case, a rear electronic limited-slip differential, anti-roll bar disconnect, all-terrain tires, and an air suspension. If you’re looking for something more luxurious, there’s the Summit trim with features like heated, ventilated, and massaging front seats, four-zone climate control, Nappa leather upholstery, and a 19-speaker McIntosh audio system. In case that’s not enough, there’s the Summit Reserve package that adds heated, ventilated, and massaging rear seats, waxed Walnut trim, and suede-like fabric on the A-pillars and the headliner.

Pricing for the 2022 Jeep Grand Cherokee 4xe starts at $59,495 for the base model. The most expensive model will set you back $76,095, putting the SUV squarely in luxury vehicle territory in terms of pricing. However, it’s still less than some five-seat crossovers of the same size but wearing a premium badge.