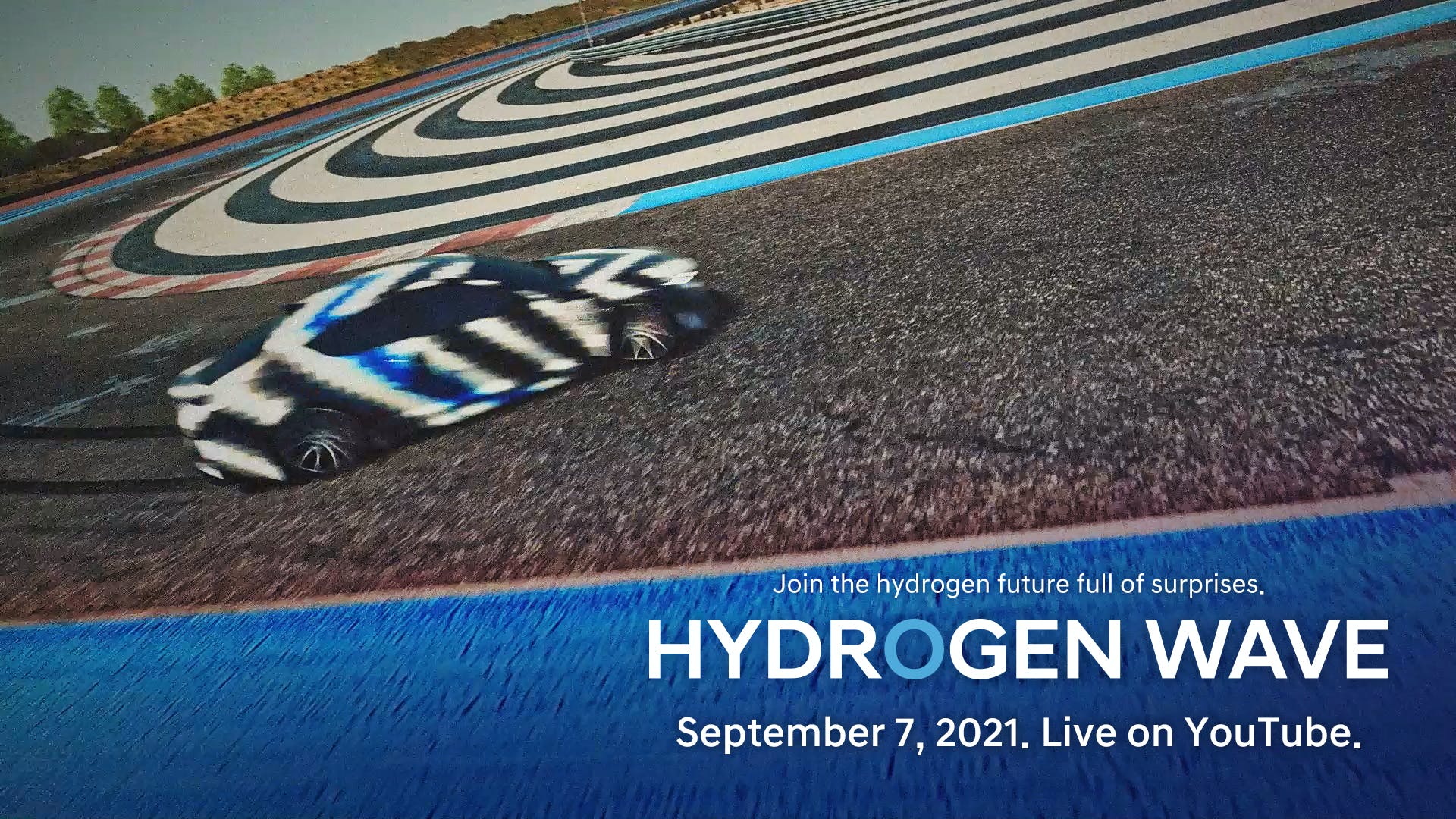 On Sept. 7, Hyundai Motor Group is hosting an online global forum called “Hydrogen Wave” where it plans to show off its future hydrogen fuel cell technologies. The date also falls on the International Day of Clean Air for Blue Skies that was originally proposed by South Korea and ratified by the United Nations. This event aims to demonstrate the potential of hydrogen as an energy source with Hyundai Motor Group showing off its experience with fuel cell vehicles. One teaser caught our eye, though. It starts with a snail on the move followed by an electric prototype blasting through a corner sideways at high velocities. At the end of the 17-second video, you see the snail again, looking at the car as it speeds through another turn.

Hyundai Motor Group’s hydrogen fuel cell technology has been used extensively on heavy-duty trucks. The company will use the Class 8 XCIENT fuel cell truck in California for collaborative trials to evaluate its viability for long-range transport and shipping services. Among consumer vehicles, the Tucson fuel cell was Hyundai’s first passenger FCV and was then followed by the futuristic-looking Nexo. This is the first time we’re seeing a performance model from Hyundai Motor Group that’s powered by hydrogen. From the looks of it, this prototype is using the Kia Stinger as its shell and it’s also wearing camouflage with a massive blue stripe to indicate that it’s an FCV. There’s also a QR code on the front fenders, which appears to take you to Hyundai’s special Hydrogen Wave site.

Earlier this year, we reported that Hyundai Motor Group is developing some type of performance-oriented FCV. During the reveal of the Elantra N R&D boss Albert Biermann teased a hydrogen-powered race car built on a modified version of the E-GMP platform. He also confirmed to German YouTuber JP Performance at this year’s 24-hours of Nürburgring that there is indeed a prototype running around Hyundai Motor Group’s Namyang R&D center in Korea. Biermann hinted that it’s RWD and was packing a whopping 700 hp. It’s also reportedly a plug-in meaning it has a large battery that can be recharged but didn’t elaborate on whether it’s capable of using AC and DC charger or only the former. The way Biermann described the car was “technical overkill” so that the company’s engineers can have a challenging project to work on even if it’s not approved for production yet.

The presence of a performance concept in Hyundai Motor Group’s Hydrogen Wave forum indicates that the company intends to have multiple solutions for the future. This also hints that the E-GMP platform could be used for both battery-electric and fuel cell powertrains, meaning it’s likely more flexible than originally thought. The group’s existing architecture lineup outside of E-GMP is already capable of accepting battery-electric, hybrid, and fuel cell propulsion systems. Hyundai, Kia, and Genesis could potentially end up with more hydrogen-powered vehicles later down the line to complement its EV models. With Hyundai already offering the Nexo, it’s only a matter of time before Kia and Genesis follow suit. It’s just a matter of when they’ll add them because the components are already there.