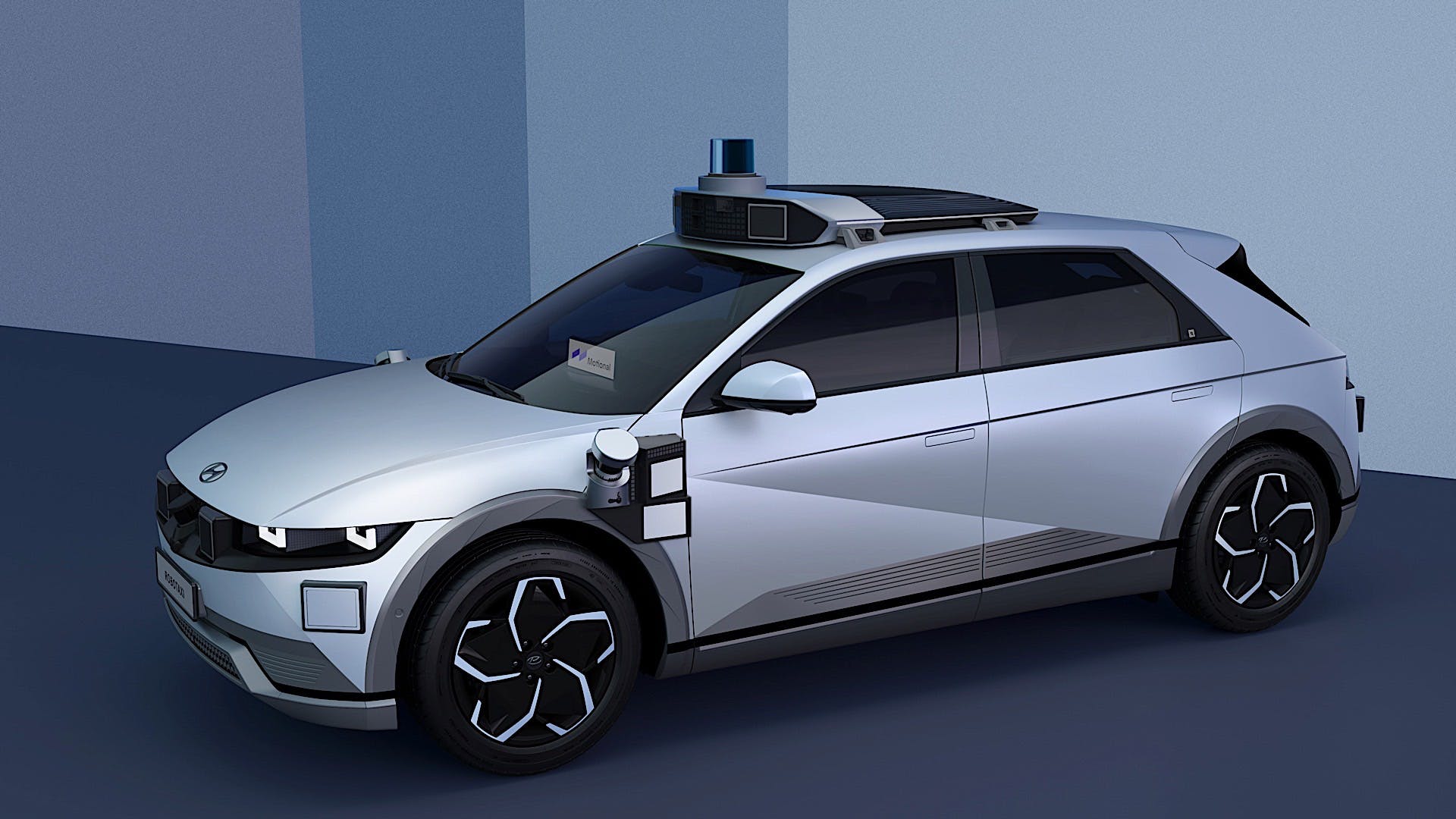 Hyundai Motor Group and Motional have revealed the first fruits of their collaboration, the Hyundai Ioniq 5 robotaxi. This car is an SAE level 4 autonomous vehicle that can operate safely without a driver. You see a lot of components throughout the Ioniq 5 robotaxi’s exterior with the most prominent one being the giant pod on the roof.

The Hyundai Ioniq 5 robotaxi has a total of 30 sensors that use a combination of camera, radar, and lidar. This provides the most robust 360-degree perception, high-resolution images, and ultra-long-range object detection. Having all of this extra equipment allows the car to operate safely in autonomous mode under a wide range of conditions. It will also be equipped with Motional’s advanced machine learning technologies that have been trained on decades’ worth of real-world data to enable it to overcome complex and challenging situations on the road.

Hyundai Motor Group and Motional collaborated closely during the creation of the Ioniq 5 robotaxi. The automaker’s E-GMP platform, which was developed specifically for battery-electric applications, was the ideal starting point because it allowed Motional to optimize the integration of its autonomous driving equipment. Thanks to the Ioniq 5’s ability to charge quickly and long driving range also allows for maximum utilization of the robotaxi fleet.

“This robotaxi represents Motional’s vision of a driverless future becoming a reality,” said Karl Iagnemma, President and CEO of Motional. “Through our strategic partnership with Hyundai Motor Group and Aptiv, we have unparalleled automotive and software expertise across our entire vehicle development process. This deep collaboration enables us to manufacture a robotaxi that’s both highly safe and reliable and is cost-optimized for global production. We’re focused on mass commercialization, and the IONIQ 5 robotaxi is built for that purpose.”

To further stress the importance of safety Motional and Hyundai Motor Group built multiple redundancies to the Ioniq 5 robotaxi. The steering, braking, power, and navigation all have a backup to keep it operating smoothly and safely every single time. Motional will also add Remote Vehicle Assistance (RVA) in case the car encounters an unusual scenario like construction or flooding. This feature will allow a Motional operator to connect with the vehicle and redirect the vehicle by putting it on a new route.

Hyundai Motor Group first announced their joint venture with Aptiv, another leader in electrification, safety, and vehicle connectivity, in March 2020. This resulted in the creation of Motional, which will be used to advance the development and commercialization of autonomous vehicles. Motional has since partnered with Lyft and is currently operating a robotaxi service in Las Vegas. It also has a partnership with a second ride-hailing service called Via.

The Hyundai Ioniq 5 is the first vehicle on the E-GMP architecture. In the U.S., it will be offered with a 77.4-kWh lithium-ion battery with either single- or dual-motor configurations. Single-motor models are rated at 225 hp and 258 lb-ft of torque while the dual-motor is good for 320 hp and 446 lb-ft. Hyundai expects the driving range to be around 300 miles for the single-motor model and between 245 to 269 miles on the dual-motor version depending on the wheel size you choose.