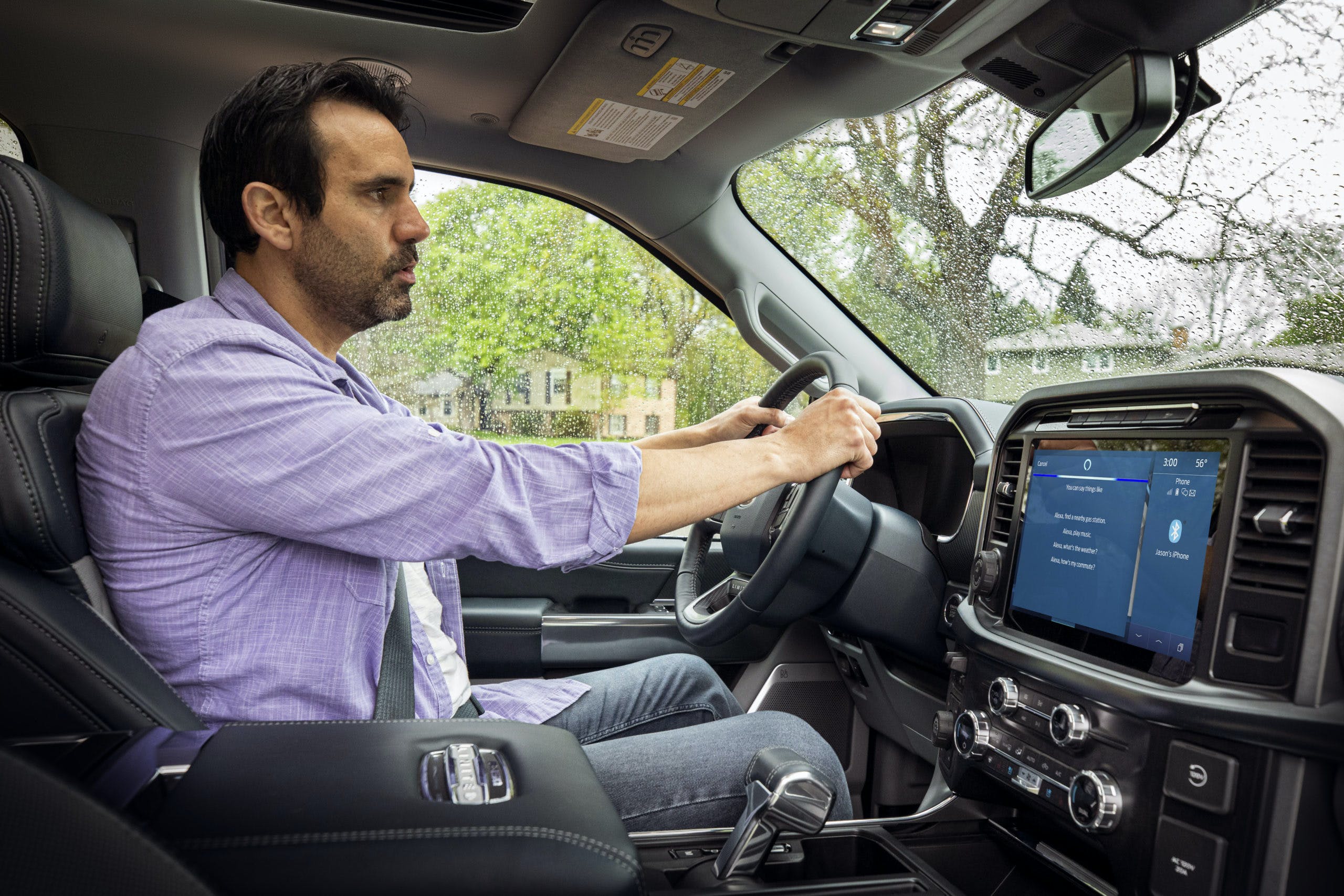 As Ford adds its newest infotainment to more and more vehicles, those vehicles become connected in a way that no Ford has been before. One of the advantages to this is that the company can push over-the-air updates to keep the software fresh, roll out fixes, and more. But that’s just the tip of the proverbial iceberg.

While we don’t need a branded term for OTA updates, Ford has done that with Power-Ups. These are the frequent updates that owners will receive during their time with vehicle. Some of these already have started to roll out, with more on the way.

An upcoming Power-Up adds enhanced Amazon Alexa capability, including the ability to activate the voice assistant with your voice and not having to press an activation button. Just like at home, you’d say “Hey, Alexa” and the system would respond.

It’s capable of doing everything a home Alexa can, including controlling smart home features and solving trivia questions. Additionally, a command like “find the nearest gas station” would prompt the system to activate navigation.

This same method of delivering updates is also how Ford will deliver BlueCruise functionality to vehicles that support it.

Updates are also coming to the way the core software works, including navigation system enhancements, updates to the digital owner’s manual, and an update for Apple Car Play that will let drivers see Apple Maps’s turn-by-turn directions in the instrument cluster (right now, the Volkswagen ID.4 is the only car we know of that allows this).

Finally, Mach-E is getting an app called Sketch, which allows for drawing directly to the touch screen. Ford promises more functionality to this software over time, plus the addition of simple games in the future.

If that sounds a lot like what Tesla does, you’d be correct. But having things to do while you’re sitting at a charging station is always welcomed.

The premium connectivity for the Alexa features is good for 3 years with a new vehicle. Updates will be rolling out pretty regularly.