Fisker PEAR teased once more looking like a hatchback 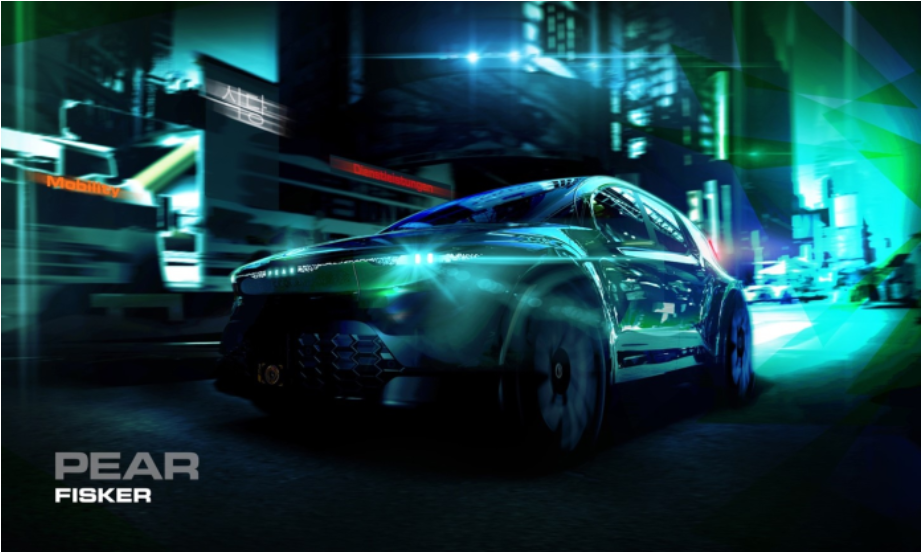 The Fisker PEAR has been teased once again and we get another glimpse of the entry-level battery-electric vehicle. This latest teaser photo shows a small hatchback with full-width LED headlights and a very short nose. Some of the design cues are similar to what you see in the Ocean including Fisker spelled across the front end. The windshield appears to have a dramatic angle, likely to improve the PEAR’s aerodynamics.

There are a few other design cues that seem to be unique to the Fisker PEAR. The first is the side windows, which appear rounded instead of squared off. Its C-pillar also appears to look like a side blade similar to what you’d find in the Audi R8 and the 2023 Kia Niro. If that’s functional, then it could contribute to the PEAR’s aerodynamic performance and reduce its coefficient of drag. Finally, the left taillight, which is lit up in this sci-fi-looking teaser photo, appears to be positioned vertically, hinting that the liftgate could be more traditional.

Scheduled to enter production in 2024, The PEAR will be built in Ohio in cooperation with Foxconn. Fisker expects that this collaboration will result in 250,000 units being built annually after the initial ramp-up period. A team from both Fisker and Foxconn will be working at the factory that the latter recently acquired.

Although it looks like a compact hatchback in the teasers that have been released to date, the PEAR will reportedly not fit into a single existing segment. Henrik Fisker, chairman and CEO of Fisker Inc. said the new vehicle will debut new lighting technologies and a wrap-around windshield that was inspired by the glass canopy of a glider aircraft for enhanced front visibility. “Our engineering group is working on new features and high-tech solutions for the PEAR that will change how we use and enjoy a vehicle in the city,” added Fisker.

Slotting below the Ocean crossover, the PEAR is expected to have a starting price of $29,900 before any tax credits and other incentives. Should this be true, it will be one of the least expensive battery-electric vehicles on the market alongside the upcoming 2024 Chevrolet Equinox EV. The PEAR is being designed and engineered with parts reduction in mind to speed up and simplify the manufacturing process. It will also use a new proprietary vehicle architecture that will eventually underpin two upcoming Fisker models.

Manufactured in Austria by Magna Steyr, The Fisker Ocean arrives later this year with a starting price of $37,499 for the base single-motor Sport trim, which has a range of 250 miles per charge and 275 hp. The Ultra model comes standard with a dual-motor configuration and makes 540 hp and can travel 340 miles. At the top of the lineup are the Extreme and limited-run One Edition, which have 550 hp and a range of 350 miles. Those will cost you just under $70,000. The Ocean will use a lithium-ion phosphate battery co-developed with CATL and silicone-carbide inverters. Higher trims use the Hyper Range pack with nickel manganese cobalt chemistry.

The Fisker PEAR, on the other hand, is now available for preorders. First reservations require a $250 deposit while the second one will charge you a lower rate of $100. Expect a broad range of models to be available just like the Ocean and it could also share a similar battery but in a smaller size.

Written by Stefan Ogbac
Follow Author
RELATED ARTICLES
Fisker Pear is the brand’s second vehicle that you can now preorder
Production Fisker Ocean revealed with a $37,499 starting price
Foxconn shows off three in-house-built EVs
The best safety items you should consider adding with your $600 stimulus money
RELATED ARTICLES
JOIN THE EV PULSE NEWSLETTER
Receive weekly updates on each of our electrifying articles.