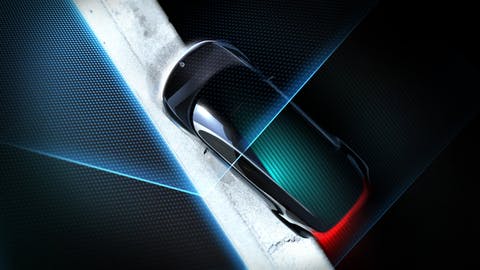 Fisker has announced that it has opened reservations for its second vehicle, which will begin delivery starting in 2024. Dubbed an agile urban EV, the Fisker Pear will slot below the Ocean crossover and be aimed at urban dwellers. What does the acronym stand for you ask? It’s short for Personal Electric Automotive Revolution. The company describes it as a compact, five-passenger battery-electric vehicle, meaning it’s likely a lifted hatchback that’s being sold as a crossover or SUV.

The Fisker Pear promises intuitive controls clever storage solutions, and a sporty driving experience, according to the brand. It will also feature several industry-firsts according to Fisker. “Our customer wants to take a step into the future with us,” said Henrik Fisker, CEO of Fisker Automotive. “We are opening up reservations for Pear following continued demand.” He also notes that the vehicle will have the “very latest technology, in a beautifully-design, affordable mobility device.”

Based on the single teaser photo included with the news release, the Pear will feature the same design language as found in the Ocean. The rear appears to have full-width LED taillights based on the red reflection. In front, the Pear looks like it’ll also get headlights spanning the width of the vehicle and will likely be a defining design cue. Its front end looks quite short, which likely means the vehicle will have a massive greenhouse to maximize interior space and visibility. The roof looks like it has solar panels just like its larger sibling, meaning that could help the car travel farther thanks to the additional energy it produces.

The Pear will slot neatly below the Ocean with its starting price of $29,900 before tax credits and other incentives. You can preorder one now by putting a $250 deposit for the first reservation and an additional $100 for the second one. Fisker will build the Pear in Ohio with a projected minimum initial production limit of 250,000 units per year. The company has also partnered with Foxconn for the production of its affordable BEV.

The larger Fisker Ocean starts at $37,499 for the base Sport trim, which can travel 250 miles per charge and has an output of 275 hp from its single electric motor. Every other variant uses a dual-motor configuration. Ultra models are good for 540 hp and 340 miles on a single charge. The Extreme and limited-run Ocean One Edition models have 550 hp and a range of 350 miles. Opting for the most potent and longest-range model will cost you $68,999.

Every Ocean will use a lithium-ion phosphate battery codeveloped with CATL to create high-energy packs specifically for Fisker. Upper trims get the Hyper Range pack with a nickel manganese cobalt cell chemistry. All variants will use silicone-carbide inverters. The Ocean One and Extreme grade also get solar panels that Fisker says will supply an extra 2,000 miles per year in ideal weather conditions. The Ocean will be assembled in Graz, Austria at Magna Steyr’s assembly plant.

Every Ocean will have a fully vegan interior. Every component is made of recycled materials. Expect the Fisker Pear to follow suit and also forgo animal-based components in favor of sustainable ones.