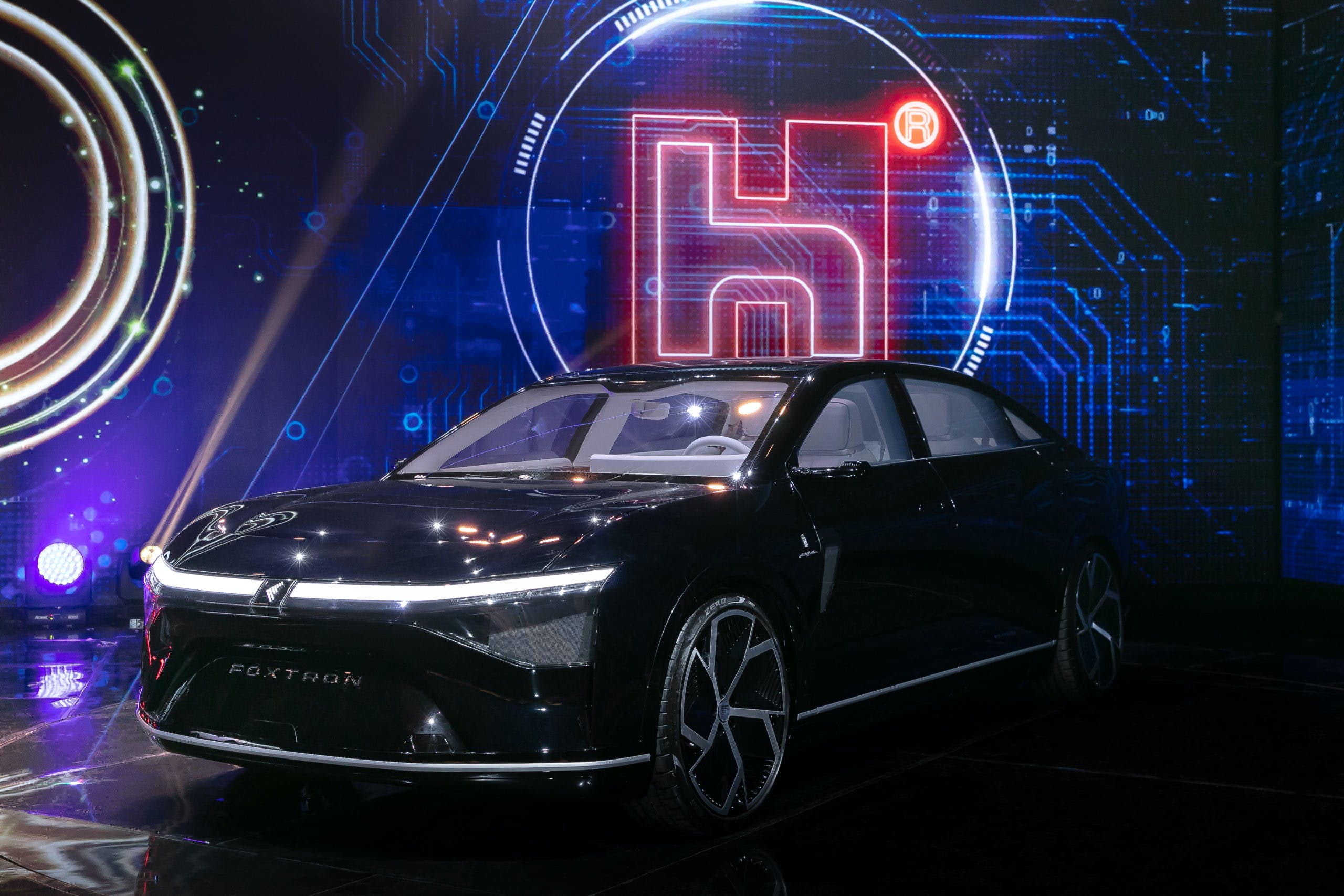 Software and chip company Foxconn has unveiled three new vehicles that it has developed in-house. All of them have been developed on an open platform, which was built specifically for battery-electric vehicles. The three vehicles will be marketed under the Foxtron brand, a joint venture between Foxconn and Yulon Motor. Luxgen and CMC, Yulon’s stand-alone brands will be among the first to adopt Foxconn’s EV architecture.

The first of the three vehicles is called the Model C a crossover with a 122.5-inch wheelbase and seats up to seven in a 5+2 configuration. At 182.6 inches long, it lands right at the heart of the compact crossover segment. Foxconn says the Model C has a range of 700 km or 435 miles per charge and can accelerate to 100 km/h (62 mph) in 3.8 seconds. The latter hints that the Model C could have a large but highly efficient battery pack backed by powerful electric motors. Additionally, its drag coefficient of 0.27 is low by crossover standards and is likely one of the reasons why the Model C can travel long distances on a single charge. It will be marketed mainly as an affordably priced mainstream crossover.

Next in the lineup is the sleek Model E that Foxconn codeveloped with Pininfarina as a flagship luxury sedan. It features rear seats that can transform into a mobile office and can connect personal devices seamlessly with the vehicle. The Model E also features tech features like face recognition to open the doors. With about 750 hp on tap, the Model E can accelerate to 100 km/h (62 mph) in 2.8 seconds. On a single charge, it can travel up to 750 km or 466 miles.

Last but not least is the largest of the three vehicles, the Model T. This all-electric bus has a range of 248.5 miles per charge and can withstand 400-degree temperatures according to Foxconn. At full load conditions, the Model T has a maximum climbing capacity of up to 25 percent and a top speed of 120 km/h or 74.5 mph. Foxconn also noted that the Model T completes 200,000 km or 124,274 miles of acceleration endurance testing and over 1,000 hours of strength and durability testing at its Automotive Research & Testing Center (ARTC) to ensure top-notch safety. Its body has been built and designed to maximize rigidity and meet or exceed the standards and regulations set by Taiwan’s Federal Transit Administration (FTA).

Foxconn’s three EVs are the result of the partnerships it recently formed and research and development it has conducted in the automotive space. In the next five years, the company aims to make its automotive division a significant part of its business as electric vehicles and software become the norm.

Foxconn is one of the major partners of several automakers when it comes to electronic parts. It is one of the largest producers of software and semiconductors for the automotive industry and aims to grow that business even further as more electric vehicles are made. Foxconn’s partners include Fisker, Apple, Microsoft, Nintendo, Sony, and Amazon. The company has also created a supply chain and distribution network for its vehicle production joint venture with Yulon Group to build its upcoming EV lineup.