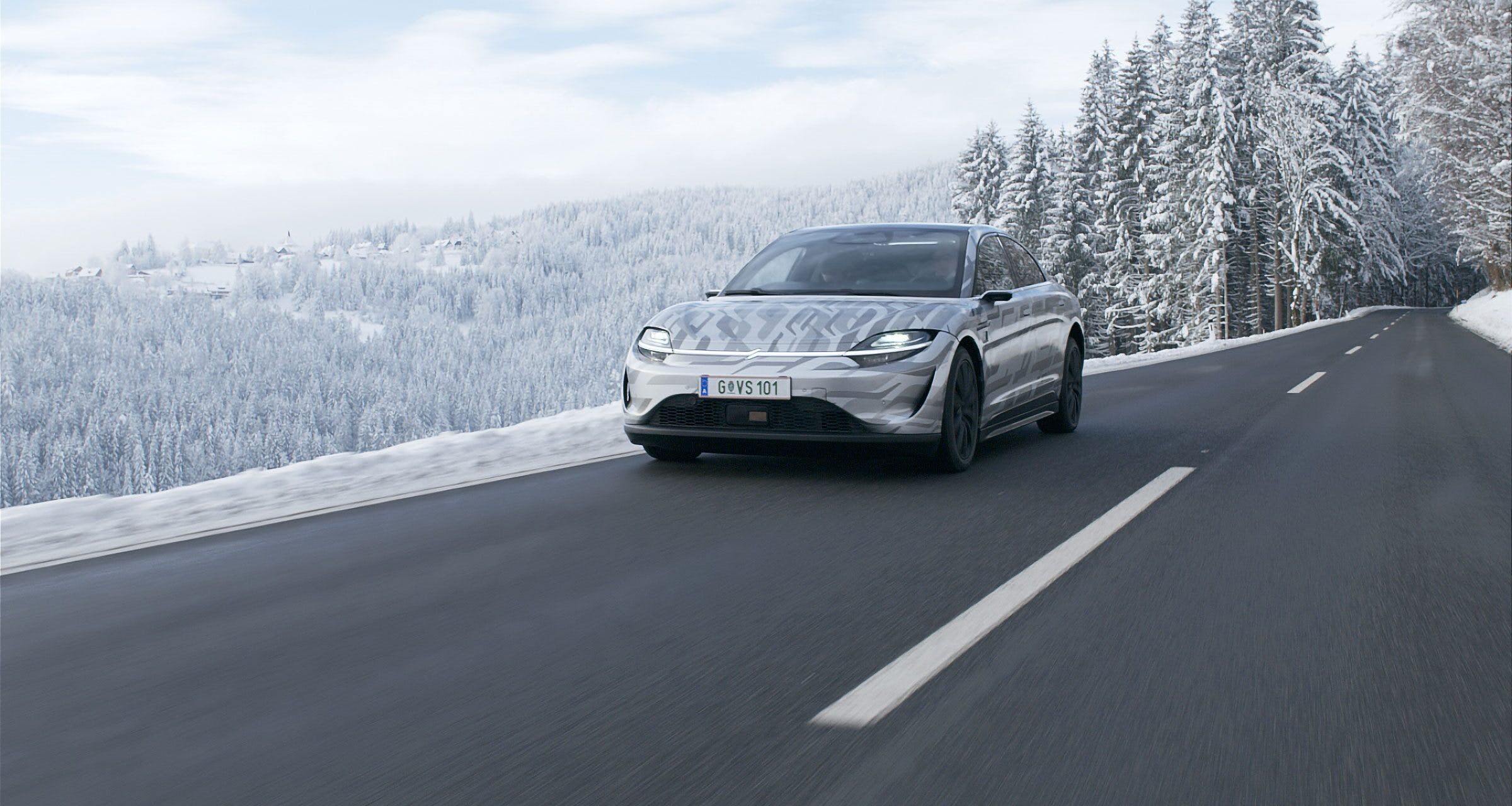 As we are at the one year anniversary of Sony showing off an electric sports sedan concept, we receive word that the company has completed a prototype and that it is undergoing testing right now in Europe.

The Vision-S, built by Magna for Sony, features advanced safety features, cutting-edge infotainment and entertainment options, adaptability, all on a versatile platform.

Sony says that platform can support a variety of different vehicles, including SUVs and MPVs.

The Vision-S features 40 different sensors, including 18 cameras, 18 ultrasonic radar sensors, and 4 Lidar units. It has active driver monitoring and will possibly support SAE Level 4 automation when it comes to market.

A 5G connection and customizable user profiles allow owners and drivers to customize their experience. Regular over-the-air updates ensure everything is up to date and new features are added in a timely matter.

An electric car made by Sony seems a little silly, for sure, but with its manufacturing partner it can likely be put to market without the significant costs it’d require to start a car company from scratch.

The Vision-S also gets to be a test bed for Sony’s technologies and software, which might make its way into other infotainment systems, or even the next gaming console you buy.

Will it actually go into series production for you to buy? Who knows, but the fact they’re still putting time and money into seems to indicate that it could be a possibility.