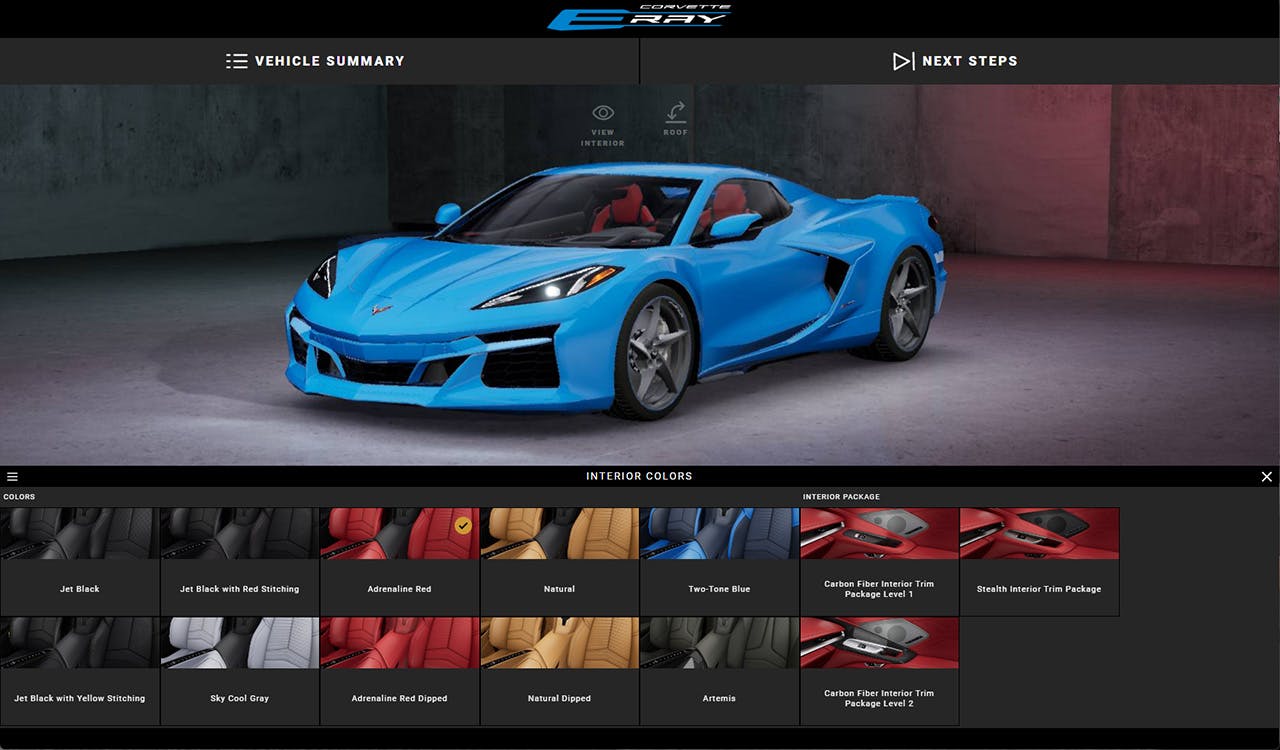 As a Chevrolet representative told CorvetteBlogger.com, “Looks like the holidays came early for a few astute Corvette fans.” Overnight, the 2024 Chevrolet Corvette E-Ray made a surprising appearance on Chevy’s own Visualizer, confirming the model is coming very soon. The prematurely updated Visualizer also gave us a look at the changes the American automaker has planned for its flagship sportscar for the 2024 model year.

It’s been known that a hybrid version of the Corvette was in the works, with an all-electric version to follow in the future. And while details are sparse, the leak on the Visualizer is exciting news for those anxiously awaiting the electrified Corvette. The E-Ray is expected to be the follow-up to the Z06 and will use electric motors up front to provide additional performance to the mid-engine LT2 V8. Based on the Visualizer, it will also be offered with a ZER Performance Package, although it was difficult to determine what’s included. It does appear however, that buyers will have the option to get visible carbon fiber wheels, or painted versions of them. In total, there were four 5-spoke aluminum wheels and three carbon fiber options to choose from.

We speak in the past tense because, not surprisingly, the E-Ray Visualizer has already been taken down. CorvetteBlogger.com did manage to get a few screenshots before it went offline, showing the different exterior and interior color options. One of the more notable things the internet caught while the Visualizer was live was the addition of a Regen on Demand button, which likely activates the regenerative braking on the E-Ray. An auto start/stop button was also spotted, which will give owners the option to maximize fuel economy — in a vehicle they likely don’t care about maximizing fuel economy.

Four colors from the 2023 model year appear to be going away for 2024: Ceramic Matrix Gray, Elkhart Lake Blue, Caffeine Metallic, and White Pearl Tri-Coat. Three new colors will fill their spots: Riptide Blue Metallic, Cacti, and Sea-Wolf Gray Tri-Coat. For the interior, Chevy is getting rid of the 70th Anniversary’s Ceramic option, replacing it with a new Artemis shade. Optional packages include the Level 2 Carbon Fiber interior trim package and a Stealth interior trim package.

You can check out more screenshots from the Visualizer over at midenginecorvetteforum.com.