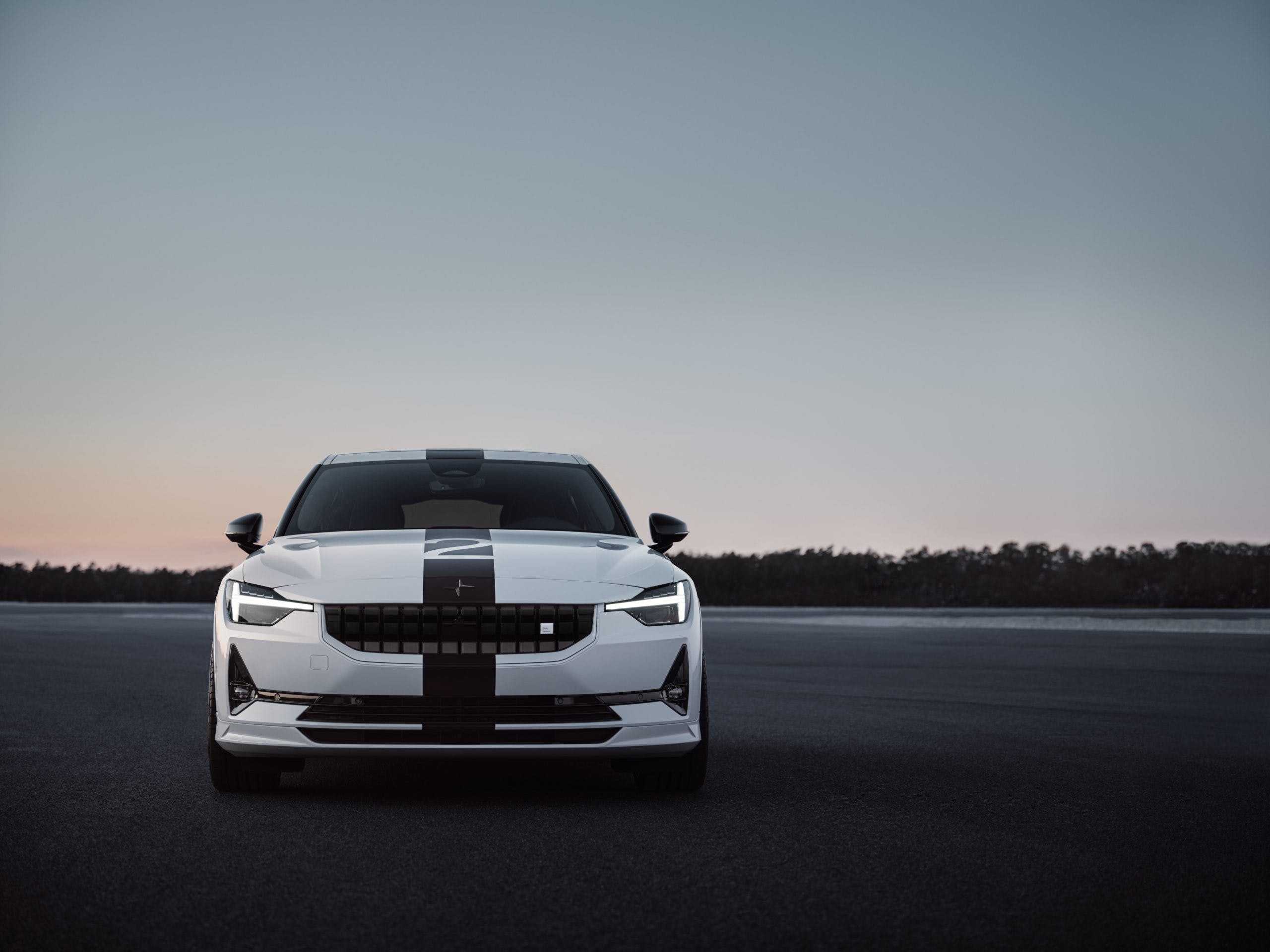 Remember the Experimental Polestar 2 that first appeared at last year’s Goodwood Festival of Speed? Well, you can now buy one because that has morphed into the 2023 Polestar 2 BST edition 270. Based on the dual-motor model equipped with the Performance pack this limited-run variant makes 476 hp and 502 lb-ft of torque.

Its ride height has been lowered by 25 mm and it gets specially developed Öhlins two-way adjustable dampers with auxiliary chambers under the hood, a front strut tower brace, and springs that are 20% stiffer. Matte black 21-inch alloy wheels shod in model-specific Pirelli P Zero summer tires inspired by the Polestar 1 round out the changes. Like the Performance pack cars, the BST edition 270 also gets four-piston Brembo brakes.

Available only in Thunder (grey) or Snow (white), the Polestar 2 BST edition 270 also gets cosmetic changes. These include fully painted bumper side skirts, and gloss black side mirrors. The brake calipers, dampers, valve stem caps, and seatbelts retain the Swedish gold finish from the Performance pack. Your only options are a matte black body stripe and a Battleship Gray full-body satin wrap, the latter of which is available only with the Thunder exterior color. According to the pre-registration section of Polestar’s website, the BST edition 270 will be hand-finished to exact specifications with zero-tolerance parts.

The Polestar 2 BST edition 270 is essentially a fully loaded model because it comes with every optional package available. Thanks to the Plus pack, it gets a 13-speaker Harman Kardon audio system, a panoramic glass roof, a heat pump, black WeaveTech vegan upholstery with Black Ash deco wood trim, a heated steering wheel, a wireless charging pad, and heated rear seats.

If you’re interested in the Polestar 2 BST edition 270, you’ll need to fork over at least $75,500. Adding the matte black stripe tacks on $1,000 while the Battleship Gray wrap adds an extra $5,000. All told, the BST edition 270 can cost up to $81,500 if you get both cosmetic options. That’s a significant sum over the dual-motor model, which starts at $53,300. Even after you add all the extra packages, an extra-cost exterior color, and the Nappa leather upholstery with ventilated front seats, the standard Polestar 2 dual motor checks in at $71,650. That’s $9,850 less than the BST edition 270.

Polestar hasn’t revealed if the extra tweaks to the limited-run model will result in a range decrease. We suspect that the same 260-mile estimate will apply to the BST edition 270 since its tires are the same width. However, the larger 21-inch diameter of the wheels and lower profile tires could prove otherwise.

Production of the 2023 Polestar 2 BST edition 270 will be capped at 270 units as its name suggests. They’ll be split between Europe, North America, and China. For the U.S., Polestar only plans to sell 47 units.