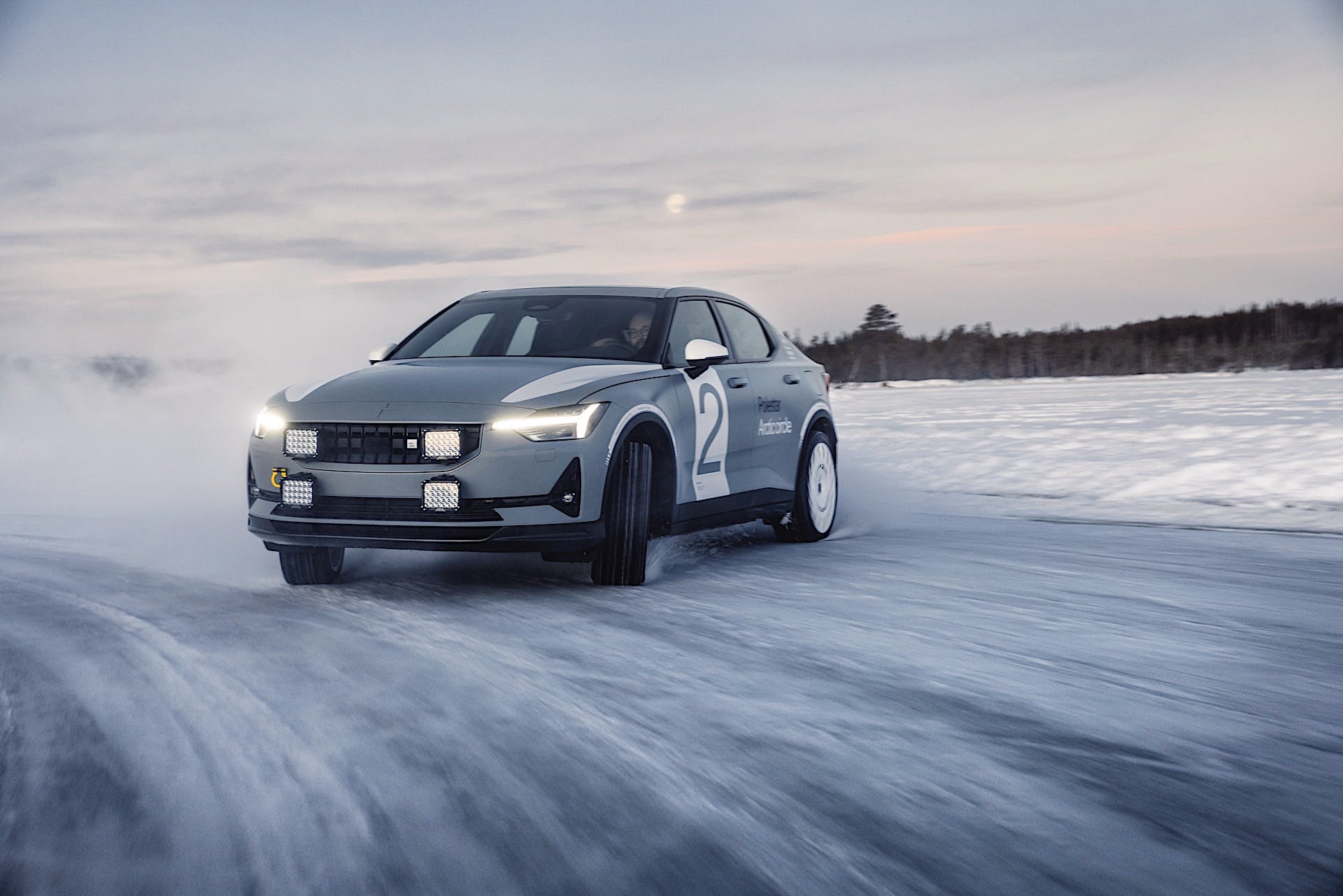 Polestar has created a second prototype to show off the Polestar 2’s capabilities in harsher climates. Called the Polestar 2 Arctic Circle, this version is a little more rugged and more rally carlike than the Experimental Polestar 2 that was shown at the 2021 Goodwood Festival of Speed. Like the previous prototype, this one is meant to show off the brand’s engineering talents.

Joakim Rydholm, Chief Chassis Engineer for the Polestar 2, is a trophy-winning rally driver and created the Arctic Circle prototype inspired by winter rally events. “Tuning a chassis on snow and ice allows us to develop our cars in what feels like slow motion and with better accuracy,” said Rydholm. “With such low levels of grip, we can feel and analyze the dynamics at a much slower pace than on tarmac, which means we can really fine-tune the way our cars behave, down to the smallest details. These are my absolute favorite conditions to develop cars in.”

Based on the dual-motor model, the Polestar 2 Arctic Circle’s suspension has been raised by 1.18 inches and it comes equipped with 19-inch OZ Racing wheels shod with studded winter tires. Each metal stud is 0.16 inches. The combined output from the two electric drive motors is 469 hp and 502 lb-ft of torque, the same as the Experimental Polestar 2 from last year. It also gets special Öhlins three-way dampers that were tuned in collaboration with Öhlins. The springs are 30 percent softer than a road-going Polestar 2 with the Performance package and are set nine clicks in the front and rear. This iteration also comes with auxiliary adjustment chambers and a rear strut brace for improved torsional rigidity and steering response. Four-piston Brembo front brakes are also standard just like in a Polestar 2 equipped with the Performance package.

I wanted to have more fun than usual with this car — being able to push it in terms of performance and handling in a winter environment like a frozen lake,” added Rydholm. “The balance and predictability we have achieved with the raised ride height and specialized tires are particularly noticeable when you enter a bend completely sideways, with a bigger-than-usual smile on your face, and in total control.” Polestar’s intense winter testing program is executed in the Arctic Circle with a latitude of over 66 degrees north. The evaluations run for 15 weeks from Dec. to March and are meant to push the cars and the engineers to their limits.

Although the Polestar 2 Arctic Circle is a vehicle to showcase the car’s capabilities, some of its features will likely end up in the production car. The most likely one is launch control, which could be added as part of a larger over-the-air update. Its suspension calibration could also be used to fine-tune the production model’s standard setup as part of a mid-cycle refresh. Learnings from the two prototypes may also be utilized in the development of Polestar’s future models, particularly the Polestar 3 and Polestar 4.