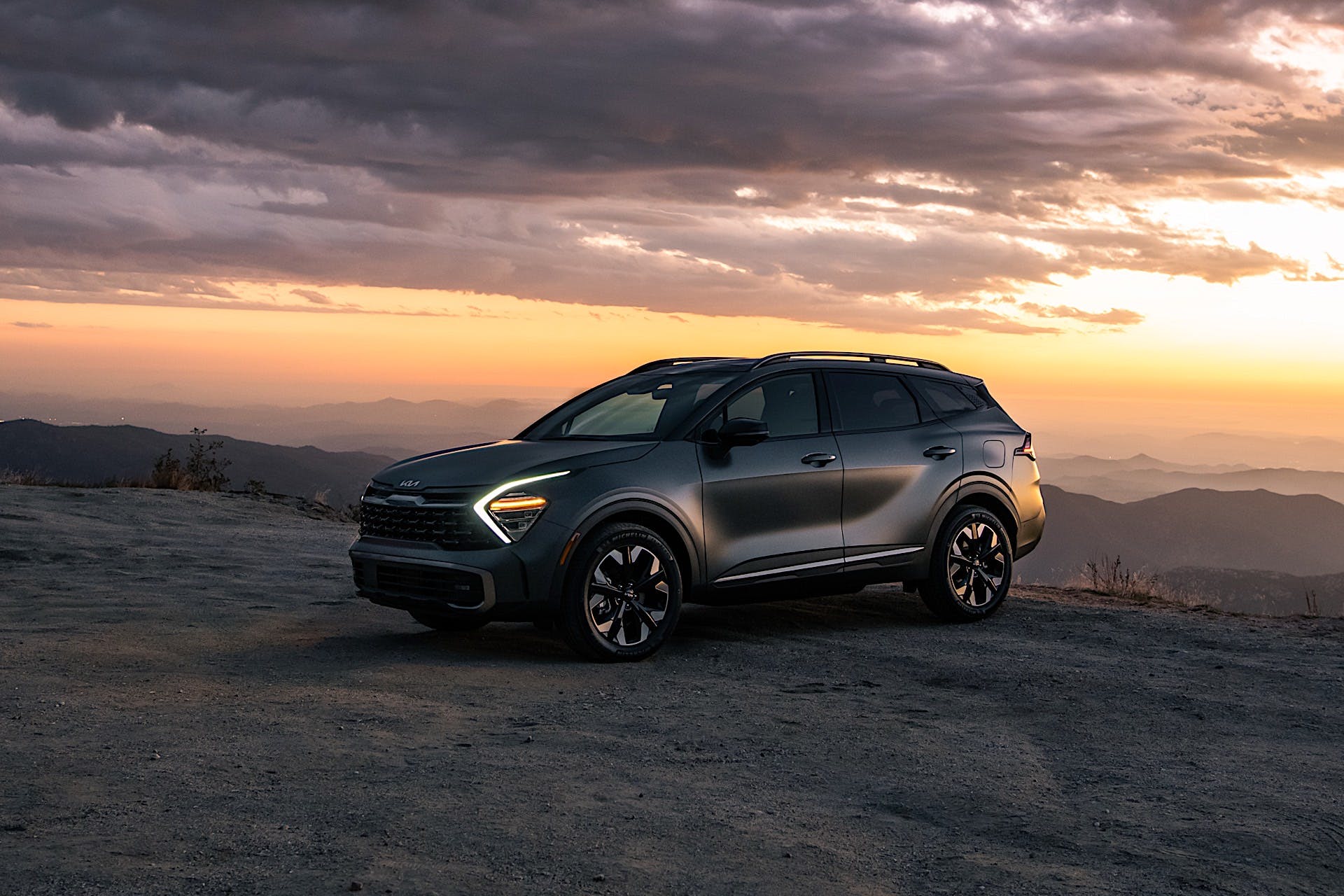 The second electrified member of the Sportage family has arrived and will likely be the most powerful one in the lineup. Building on the standard hybrid, the 2023 Kia Sportage PHEV gives you extra flexibility and promises up to 32 miles of all-electric range. It couples a 1.6-liter turbo-four to a 66.9-kW electric motor, a six-speed automatic transmission, and a 13.8-kWh lithium-ion battery. If this sounds familiar that’s because it’s the same plug-in hybrid powertrain found in the Hyundai Tucson PHEV and Santa Fe PHEV, and the Kia Sorento PHEV. In those vehicles, the system makes a combined 261 hp, which will likely carry over to the Sportage.

Charging the 2023 Kia Sportage PHEV can be done in around two hours via a level 2/240-volt charger. The crossover has a 7.2-kW onboard charger that enables it to charge faster than some of its competitors with similarly sized batteries. An integrated electronic braking system blends hydraulic pressure generation and control functions with energy recuperation to achieve a linear feel. Additionally, this also results in a higher rate of regeneration versus its competitors. Every Sportage PHEV also gets AWD as standard equipment. Unlike its chief competitor, the RAV4 Prime, the Sportage PHEV uses a mechanical setup with a drive shaft connecting the front and rear axles.

Like its sibling, the Sorento PHEV, the Sportage PHEV will be offered only on upper trims with extensive standard equipment lists. In this case the X-Line and X-Line Prestige. These get unique front and rear bumpers with satin chrome accents, gloss black side mirror covers roof rails, window surrounds, and 19-inch alloy wheels. Like the Sportage Hybrid and the rest of the lineup, it gets the same front fascia with angular daytime running lights and Kia’s new tiger face corporate look.

Inside, you’ll find two 12.3-inch displays on the dash along with Apple CarPlay and Android Auto compatibility. On the X-Line Prestige model, you’ll be able to get a surround-view camera and a Harman Kardon audio system. Both trims get a full range of driver assistance and collision prevention features as standard. Moving up to the X-Line Prestige gets you extras like the blind-spot view monitor, front parking sensors, front collision prevention systems that work at intersections, rear automatic emergency braking, automatic parking, and the Highway Driving Assist semi-autonomous system. The adaptive cruise control system on the X-Line Prestige also uses the onboard navigation system to detect turns and will lower the vehicle’s speed to help you complete it smoothly.

EPA fuel economy ratings for the Sportage PHEV haven’t been released yet but we suspect it’ll be similar to the mechanically-related Tucson PHEV. That model is rated at 35 mpg across the board and is good for 33 miles in all-electric mode. With a full tank and a full charge, the Tucson PHEV is good for 420 miles. Currently, the most well-rounded plug-in hybrid compact crossover is the 302-hp Toyota RAV4 Prime, which can go 42 miles in all-electric mode and is EPA-rated at 40/36/38 mpg city/highway/combined when driven as a regular hybrid. It’s also good for 600 miles on a full charge and full tank. The Ford Escape PHEV is EPA-rated at 37 miles in all-electric mode and 43/38/40 mpg when operating as a hybrid. Although it can go 520 miles on a full tank and a topped-off battery, the Escape PHEV is FWD only. Expect the 2023 Kia Sportage PHEV to go on sale in the latter half of this year with pricing being announced just before that.