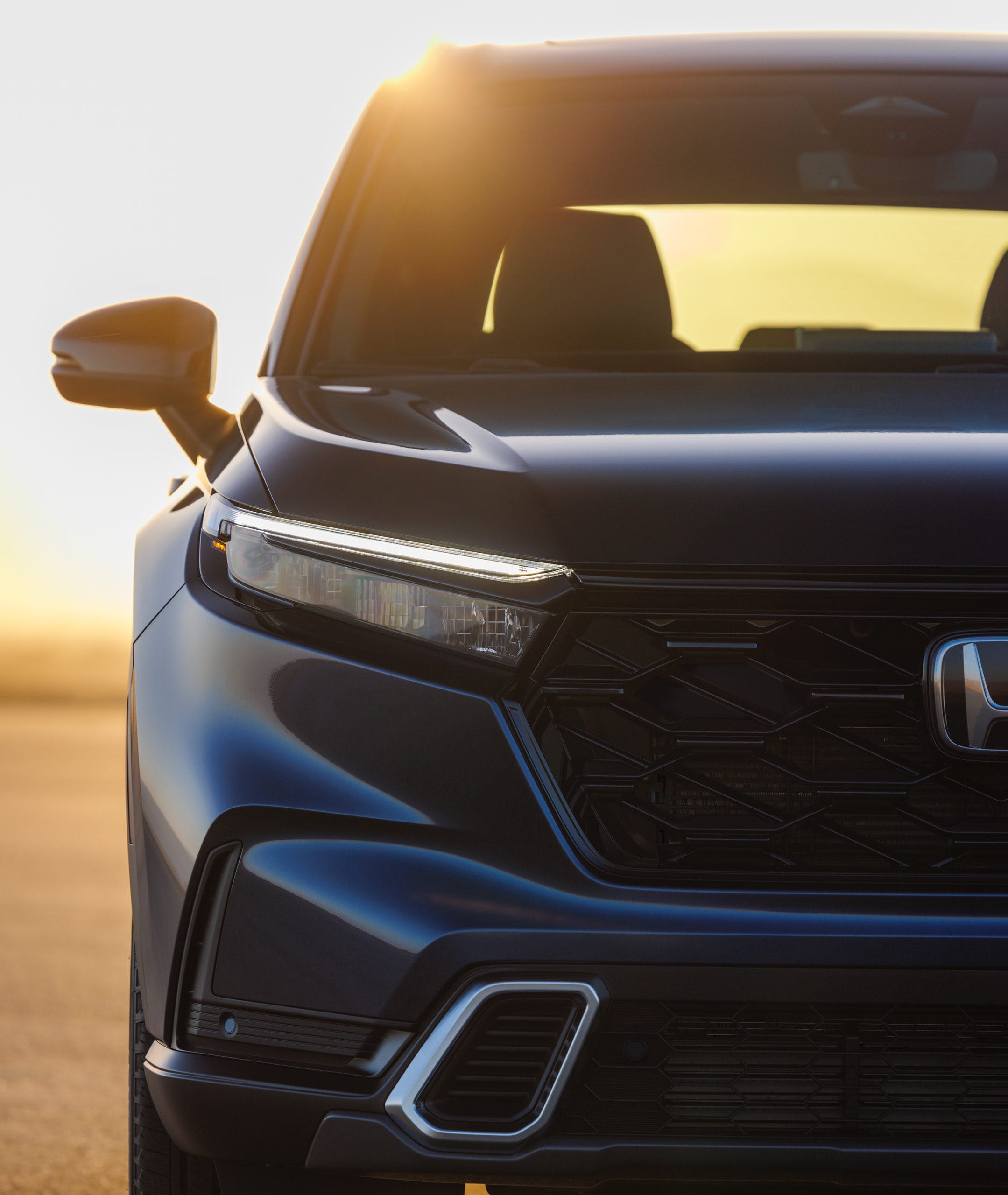 The 2023 Honda CR-V has officially been teased and like before, the exterior styling is evolutionary. Many cues from the current car have made it through with little tweaks based on the four teaser photos. You still get the same Honda corporate face with the headlights and grille connected. The L-shaped taillights remain but they now come with three C-shaped LED patterns that curve into the tailgate. Its rear tailgate appears to be more upright while the front fascia looks more aggressive, especially with that opening featuring silver surrounds.

Honda didn’t appear to change much else save for the rear diffuser, which has new rectangular exhaust outlets that are better integrated into the rear bumper.

Honda promises increased versatility and a more rugged vehicle in the 2023 CR-V. That means it’s likely following the same formula as the larger Passport, which has an off-road-oriented TrailSport trim. That version could join the new CR-V lineup as Honda’s answer to the Toyota RAV4 TRD Off-Road, Subaru Forester Wilderness, Hyundai Tucson XRT, and Kia Sportage X-Pro. The one factor that could separate the CR-V from its competitors is the availability of a hybrid powertrain. While three of the four rivals offer them, they’re not available in the ruggedized versions.

Honda says its latest hybrid system provides a better driving experience in the 2023 CR-V along with improved capability. Although it didn’t disclose much regarding powertrains, we suspect this hybrid system is an updated version of the one used in the current iteration and the Accord Hybrid. It’s still the same 2.0-liter four-cylinder coupled to two electric motors and a lithium-ion battery but with several updates, as previewed in the new Civic Hybrid. These include a new 72-cell battery pack, and an updated gas engine with 41% thermal efficiency. The combined power output of 212 hp and 232 lb-ft of torque should stay the same as before.

Fuel economy ratings on the EPA cycle could rise above the existing CR-V at 40/35/37 mpg city/highway/combined. In the Civic, the system is rated at 181 hp combined while torque remains the same at 232 lb-ft.

Underpinning the 2023 CR-V will be a tweaked version of the same platform found in the current vehicle. In addition to a stiffer, more rigid body, Honda likely repackaged the architecture to better accommodate electrified powertrains. That means the battery on the hybrid variant will live under the rear seats instead of below the cargo floor. The new plug-in hybrid variant’s battery, on the other hand, should be under the floor to keep the center of gravity as low as possible and minimize cabin intrusions. Honda could also switch the new CR-V Hybrid to an e-AWD system by putting a third electric motor on the rear axle instead of connecting it to the front with a driveshaft. With a larger battery pack on the plug-in hybrid version, this could be the most logical solution from a cost perspective since it doesn’t require much repackaging to accommodate a mechanical layout.

Based on the four teasers, there’s a possibility that the new CR-V will be a hybrid-only affair, which could give it a huge advantage in the segment. The current model remains at the top of the pack even this late into its life cycle because of its combination of utility, efficiency, and great road manners. With the new iteration essentially being a refinement, this could keep the CR-V at the top especially since it’s getting the latest multimedia and driver assistance features from the latest Civic.

The 2023 Honda CR-V will lead the brand’s electrification push as it doubles down on hybrids before the debut of Prologue in 2024. It will be followed by the next-generation Accord Hybrid and the new Civic Hybrid, which is already available in Europe. Honda says it will reveal more details on the 2023 CR-V this summer but like the smaller HR-V, it didn’t disclose a debut date. Expect the new-generation CR-V to go on at the end of 2022 or the beginning of 2023 as Honda refreshes its utility vehicle lineup.