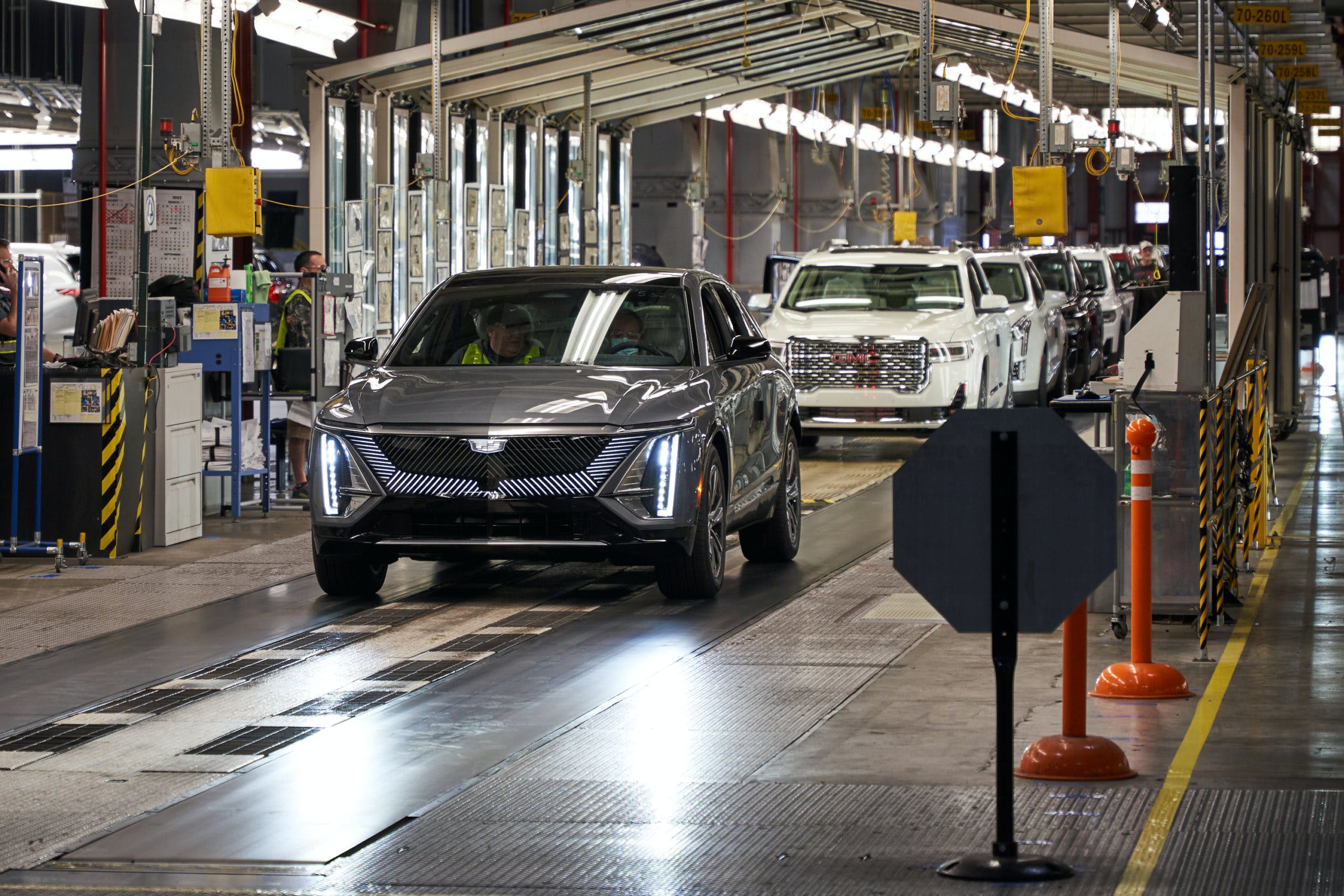 This week marks the start of production for the 2023 Cadillac Lyriq, the second Ultium-based model from General Motors following the GMC Hummer family. It is the first new battery-electric vehicle from GM’s luxury arm and sold out the Debut Edition in 10 minutes last summer. The company says demand continues to grow for the Lyriq and that it will take additional orders for the crossover starting May 19.

“The Cadillac Lyriq sets the standard for the future of Cadillac and marks another major milestone in GM’s commitment to an all-electric future,” said Mark Reuss, President of General Motors. “This is a monumental day for the entire GM team. We retooled Spring Hill Assembly with the best, most advanced technology in the world and the team worked tirelessly to complete the preparations nine months ahead of the original schedule.”.

GM announced in October 2020 that it was going to invest an additional $2 billion at the Spring Hill Assembly Plant. Part of that includes preparing the facility for the production of the Lyriq while continuing to make other vehicles like the Cadillac XT5 and XT6, and the GMC Acadia.

When it goes on sale later this year, the 2023 Lyriq will be the first Ultium-based BEV for the Cadillac brand. That means it will use a new 100-kWh battery pack, new electric motors, and a platform developed from the ground up specifically for BEVs. On a single charge, GM says the Lyriq can travel over 300 miles. DC Charging rates peak at 190 kW, enabling the crossover to recover 76 miles in 10 minutes. The Lyriq is also unique because it comes with a 19.2-kW onboard charger, allowing it to charge faster using a level 2 AC charger. In an hour, it can regain 52 miles thanks to that more powerful charger.

Initially, the Lyriq will be available in a single-motor configuration with 340 hp and 325 lb-ft of torque. Like most new BEVs, the electric motor is mounted on the rear axle, effectively making it RWD. It will be available with tech features like GM’s Super Cruise hands-free semi-autonomous driver assistance system, a 33-inch main display, a 19-speaker AKG audio system, digital key, and Cadillac’s latest active noise cancellation system. A dual-motor version with AWD should follow later down the line. Expect this variant to retain its rear bias since GM has a specific electric motor that it will use to provide additional power and traction. This unit makes 62 kW or 83 hp and could be mounted on the front axle in the case of the Lyriq.

Pricing for the 2022 Cadillac Lyriq starts at $59,990 for the single-motor version. Expect more powerful dual-motor variants to cost more when it finally appears sometime after the base RWD. Following the Lyriq, Cadillac will get another Ultium vehicle, a flagship luxury sedan called the Celestiq. This is the successor to the CT6 and will sit at the top of the lineup. The Celestiq could also be the first vehicle to get Ultra Cruise, which builds on Super Cruise with the ability to follow navigation routes, react to traffic control devices, park the vehicle autonomously, and execute turns and lane changes. That feature could eventually find its way into the Lyriq since Cadillac will be the only brand to get access to Ultra Cruise for the foreseeable future.