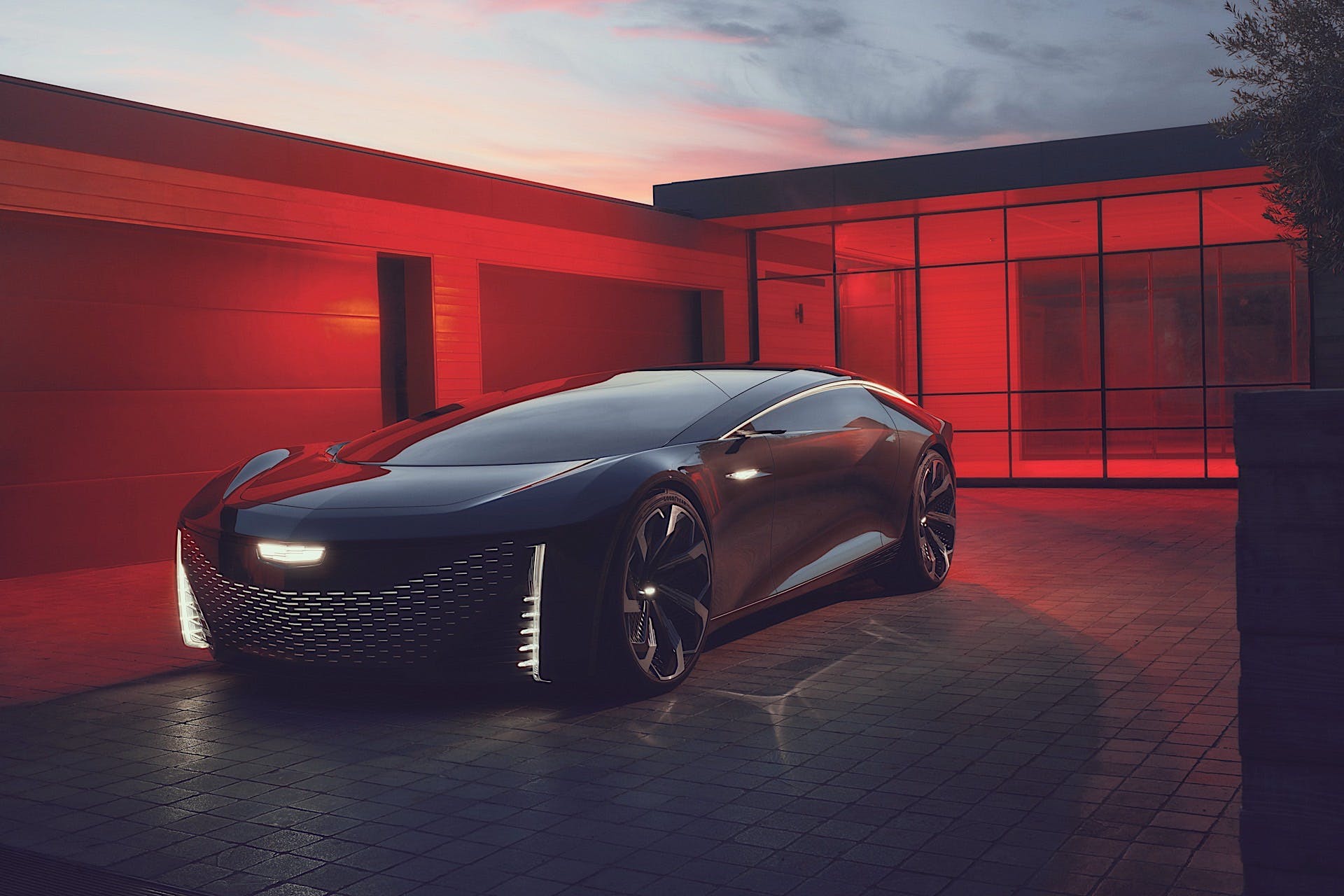 General Motors’ keynote presentation at the 2022 CES Show highlighted electrification. In the case of Cadillac, it focuses on luxury and autonomy. The Cadillac InnerSpace Autonomous Concept is the latest in the brand’s Halo Concept Portfolio series and is essentially a self-driving luxury vehicle for two that leverages GM’s technologies to enhance the passenger experience to complement the additional time given by an autonomous vehicle. Like the other vehicles in Cadillac’s Halo Portfolio Concept series, the InnerSpace gives us a glimpse as to what’s possible when autonomy and advanced connected features become the norm.

“The vehicles of the Cadillac Halo Concept Portfolio are designed to provide effortless travel through extraordinary means,” said Bryan Nesbitt, Executive Director of Global Advanced Design and Global Architecture Studio at General Motors. “They are visions for the next decade and beyond, showing the possibilities enabled by General Motors’ comprehensive approach to autonomous drive technology with the goal of a world with zero crashes, zero emissions, and zero congestion.” The Cadillac InnerSpace Autonomous Concept joins the PersonalSpace, a single space flying vehicle, and the SocialSpace, a six-passenger autonomous vehicle made specifically focused on ensuring occupants can rest.

As occupants let the vehicle handle driving duties, Cadillac is repurposing the cabin to ensure that owners can use their additional time for other things. In the case of the InnerSpace, technologies like biometric input and artificial intelligence machine learning are used to improve passenger wellness on the road. Software-defined features, advanced vehicle connectivity, and GM’s Ultifi software platform are used to personalize the experience and improve the vehicle’s features via over-the-air (OTA) updates. A panoramic SMD LED Display uses AI-driven biometric input and interfaces to allow passengers to select different themes like Augmented Reality Engagement and Wellness Recovery for their drive. Third parties will also be able to add new themes and features via OTA updates and the Ultifi software platform.

Underpinned by the Ultium platform, the InnerSpace Autonomous Concept features a wireless battery management system and its battery modules are spread throughout the vehicle. This allowed designers to maximize interior space and lower the floor and seating position. On the outside, the InnerSpace has a massive panoramic glass roof that seamlessly blends with the side windows to create an expansive greenhouse. To make entry and exit easier, the seats pivot forward and the roof opens with the doors.

Cadillac worked with Goodyear to create tires specifically to increase the sense of quietness and luxury that the InnerSpace Autonomous Concept exudes. They use Goodyear’s SoundComfort technology, which mitigates sound wave resonance within the tire to cut noise levels. Soybean oil and rice husk-based silica replace petroleum-based oil as a key ingredient in their construction. Goodyear SightLine, Goodyear’s tire intelligence technology shows important information including tire pressure, temperature, load, and other performance factors to occupants.

Alongside the other two show cars in the series, the Cadillac InnerSpace Autonomous Concept gives us a glimpse at where GM’s luxury brand is headed in the future. From what it looks like, Cadillac will be adding a new element to its identity as it electrifies its lineup. In this case, that would be comfort and space. Expect to see this approach on the upcoming Lyriq crossover, Cadillac’s first Ultium-based vehicle. Following that will be the new flagship sedan, the Celestiq, which will likely be the most luxurious model in the Cadillac lineup.

Written by Stefan Ogbac
Follow Author
RELATED ARTICLES
Cadillac to compete in Le Mans in 2023 with a hybrid race car
Cadillac Celestiq teased with trick new panoramic roof, cutting-edge tech
Cadillac requiring dealerships to invest $200,000 in upgrades for EV: Report
Do I need a level 2 charger at home for my GMC Hummer EV?
RELATED ARTICLES
JOIN THE EV PULSE NEWSLETTER
Receive weekly updates on each of our electrifying articles.