2022 Lexus LX teased taking a stroll in the desert 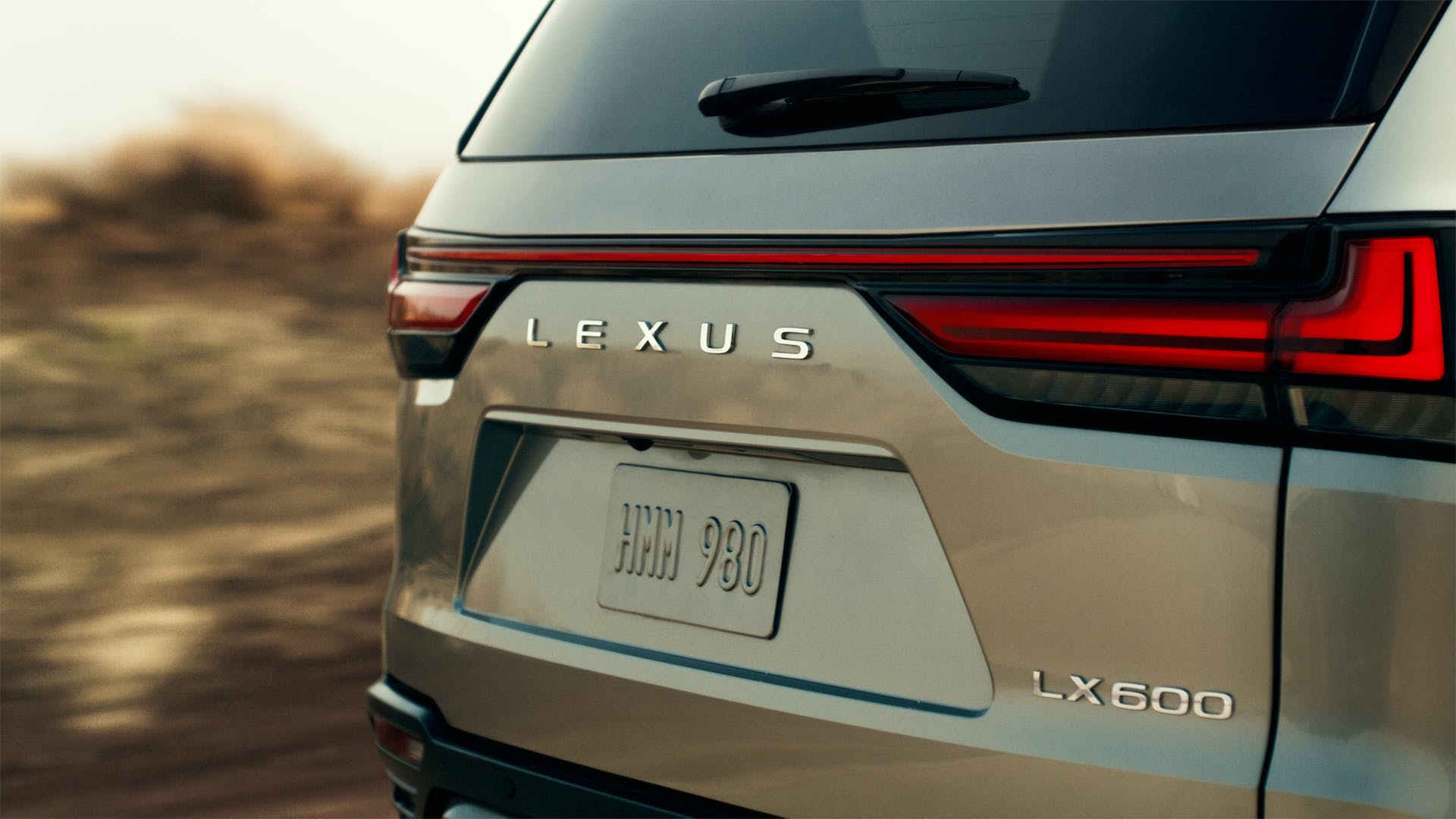 The launch of a new Toyota Land Cruiser always means a more luxurious sibling follows soon after. That’s exactly what happened here because the 2022 Lexus LX has just been teased. We see a few important design cues for the Land Cruiser’s more luxurious sibling, including full width LED taillights. Like the 2022 NX, it has Lexus spelled out in the tailgate instead of the corporate logo. The rear end is nearly vertical, which means it’ll likely retain the same boxy profile as before, giving it an evolutionary look. As the SUV drives through the desert landscape, we get glimpses of its design cues, showing off bits of its chiseled body.

When it debuts, the 2022 Lexus LX will also come with a new nomenclature. The standard internal combustion version will be called the LX 600, which is clearly shown in the teaser. Like the new Land Cruiser and Toyota Tundra, it’ll get a 3.5-liter twin-turbo V6 paired to a 10-speed automatic transmission. The model we are most interested in is the upcoming hybrid variant, which takes the same battery and adds a nickel-metal-hydride battery and a powerful electric motor. In the Tundra, that unit makes 437 hp and 583 lb-ft combined. Lexus could bump this powertrain’s output to further distinguish it.

Unlike the hybrid systems found in other Lexus models, the LX will likely be the first Lexus to get a parallel setup. That means it’ll sandwich the electric motor between the engine and transmission, giving it a more traditional driving experience. Lexus’ current RWD-based hybrid system couples a naturally-aspirated 3.5-liter V6 with an electric motor, a battery, a planetary gear set and a four-speed automatic. It uses the latter two to mimic a 10-speed transmission.

Consumers in the U.S. looking for a next-generation Land Cruiser will need to move to Lexus because the LX will be the only one sold here. It should get the same off-road goodies as its Toyota siblings, which include downhill assist, the multi-view camera, and CRAWL Control. The LX could take things a step further by adding adaptive air suspension and the cool turn assist function that tightens its turning radius to get it through tight spaces.

When it debuts, the 2022 LX will be the first Lexus model on the TNGA-F platform. This architecture was specifically developed for body-on-frame applications, meaning it’ll eventually find its way into the smaller GX, the Toyota Sequoia, Tacoma, and 4Runner. Like the other TNGA platforms, this one was built with electrification in mind, allowing Toyota and Lexus to install their hybrid powertrains. However, this wasn’t built with the capability to accommodate a V8. That means if you’re looking for the most power out of these powertrains, the hybrid is it.

Following the second-generation NX, the 2022 Lexus LX is the next vehicle in the brand’s product offensive. In total, Lexus will add 10 electrified models to its lineup by 2025, which includes hybrids, plug-in hybrids and battery-electric vehicles. The NX 350h and NX 450h+ are the first two in that offensive and it’s likely that the LX will be the next wearing the LX 600h moniker. However, there’s no word yet on whether a plug-in hybrid will also be included in the new LX range. Lexus’ bestselling RX crossover should follow the LX and will surely have hybrid powertrains on offer since it’s had one ever since it first arrived in the early 2000s.