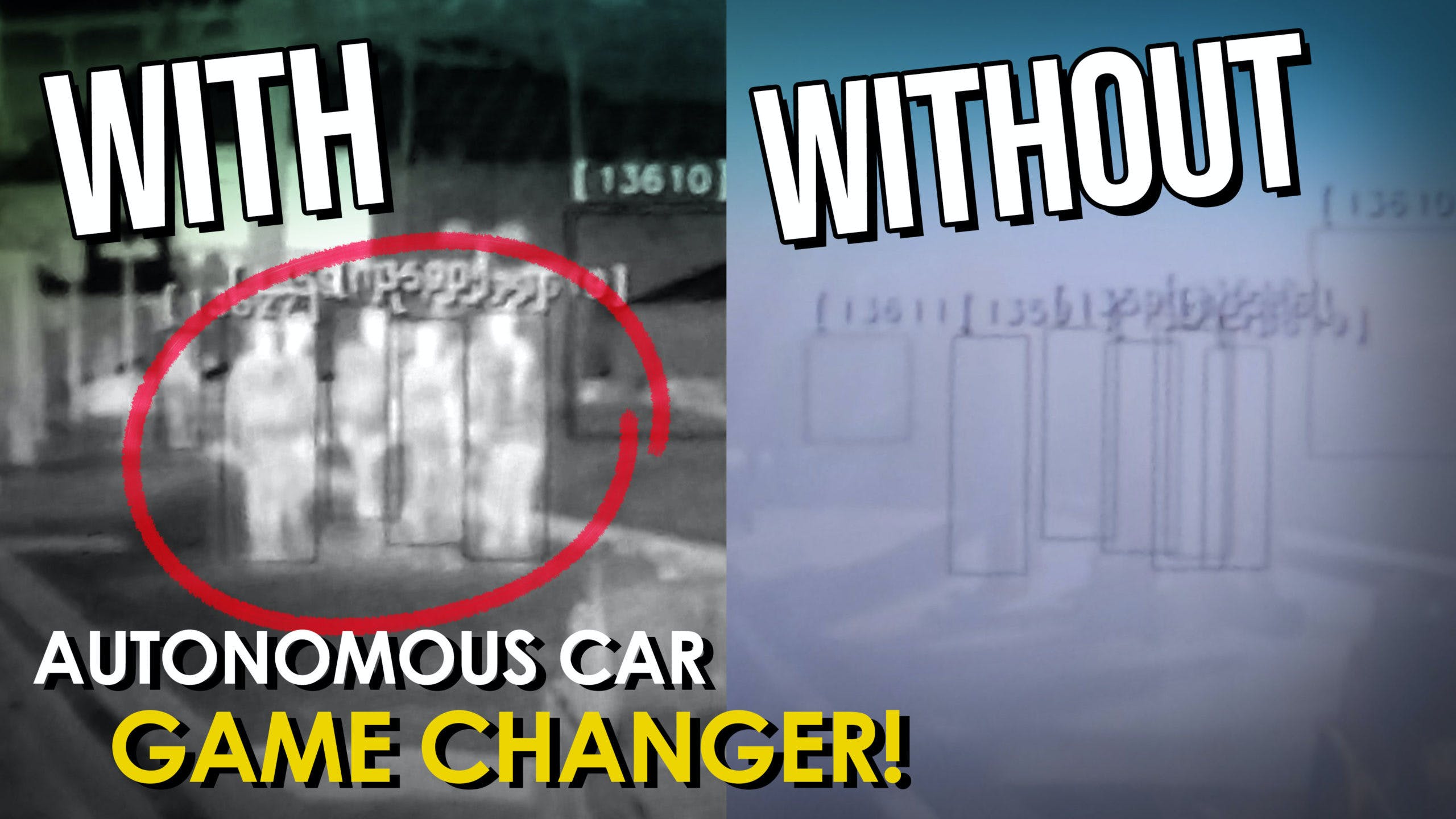 Autonomous emergency braking systems are becoming more advanced every day. Some use visible light cameras, while others use radar. Some even use a combination of both.

But while those can be effective, there is room to grow. Lidar is expensive, but is there something in between? If you ask Teledyne Flir there is.

By adding thermal imaging to the mix, AEB systems become smarter. Combined with artificial intelligence and fusing together all three sensors — thermal, visible light, radar — into a single chip and processing system, it becomes relatively inexpensive for manufacturers to make their cars safer.

Additionally, the tech will make autonomous cars in the future safer, especially since lidar will still need to be used with other sensor technology for the foreseeable future.

How does it all work? We met up with Teledyne Flir recently at the LA Auto Show and went for a ride in their test vehicle to show us how it can all work and how it’ll save lives.

It feels like we’re living in the future, and hopefully we’ll see this tech start to appear in production cars in the next couple of years.