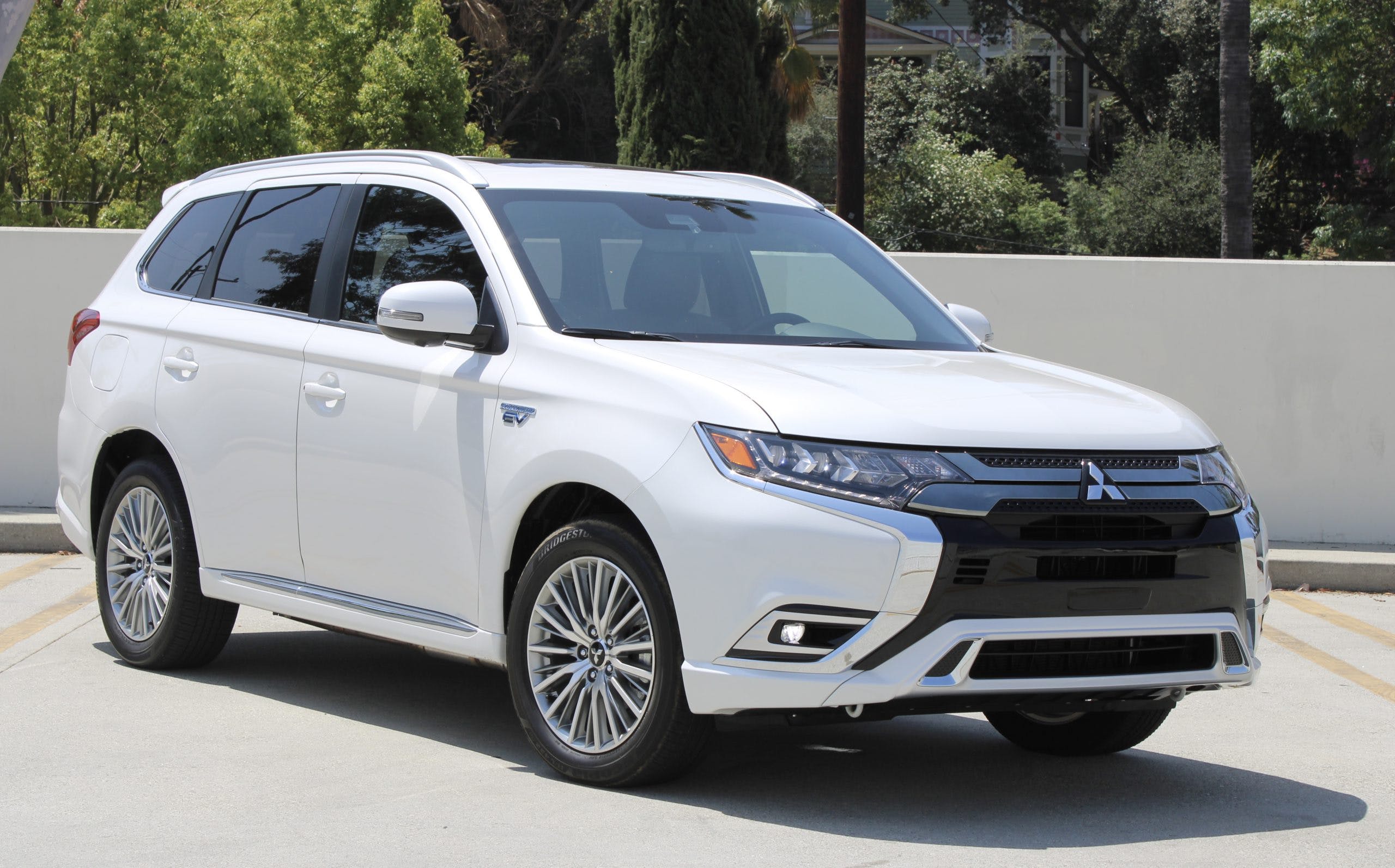 Mitsubishi was one of the first automakers to add a plug-in hybrid crossover to its lineup when it debuted the Outlander PHEV. First introduced at the 2012 Paris auto show, the Mitsubishi Outlander PHEV quickly became a hit in other global markets because of its efficiency and ability to operate like a battery-electric vehicle with a backup plan. The complex plug-in hybrid powertrain is a unique component and a distinguishing factor. How does it work, though? What makes it so unique? Let’s start unpacking.

Nearly a decade since its inception, Mitsubishi’s plug-in hybrid powertrains remain an example of the brand’s engineering prowess. Its ability to operate as a parallel hybrid, series hybrid, and internal combustion makes it unique even among newer systems. The original version coupled a 2.0-liter I4 with 117 hp and 137 lb-ft of torque to a planetary gear set, a 12.0-kWh lithium-ion battery, and two 60 kW electric motors for a combined output of 190 hp. Mitsubishi recently upgraded the system with a larger 13.8-kWh battery, a 70-kW rear electric motor, and a 2.4-liter four-cylinder rated at 126 hp and 148 lb-ft. Those changes bump the total system output to 221 hp.

Both versions work similarly, meaning you have the same drive modes to choose from with the biggest difference being the addition of Sport mode in the 2.4-liter-based unit. In daily driving, the powertrain operates mainly in series hybrid mode. That means the two electric motors are your main source of propulsion while the gas engine serves as the generator. As a result, the Outlander PHEV drives similarly to a battery-electric vehicle. You get smooth power delivery and no lag when you put your foot down on the accelerator.

When you use Save or Charge mode to maintain the battery charge, the gas engine will pull double duty. That means it’ll act as a generator and turn the wheels at the same time via a planetary gear set, putting it in parallel hybrid mode. Depending on the driving situation, the gas engine will be the sole source of propulsion or get assistance from the two electric motors.

If you’re traveling and the battery runs low, the plug-in hybrid system stays in parallel hybrid mode until you get a full charge again, constantly alternating between the gas engine, electric motor, or both at the same time. Carrying a heavy payload or climbing extreme grades causes the powertrain to switch to parallel hybrid mode. High-speed driving allows both the gas engine and electric motors to motivate the vehicle. However, for most driving situations on U.S. highways, you’ll rarely see this occur unless you

There are six levels of brake energy regeneration for you to choose from. They can be selected by pulling the electronic gear shifter down or the paddles to go to B mode. Unlike an EV, this one won’t bring you to a complete stop even in its most aggressive setting. It will, however, slow you down enough to get you to parking lock speeds, allowing you to slow down smoothly and consistently.

Based on our time with the original and the recently upgraded version of Mitsubishi’s plug-in hybrid system. There’s still room for this system to improve even further. Now that Mitsubishi is part of the Renault-Nissan Alliance, it has access to a larger parts bin, meaning it could use components from the Leaf and Ariya to further improve its plug-in hybrid powertrain. This could help the brand further differentiate itself in the age of electrification, especially in a market obsessed with crossovers.

Written by Stefan Ogbac
Follow Author
RELATED ARTICLES
2021 Mitsubishi Outlander PHEV carries over with more power and bigger battery
Nissan Qashqai e-Power gets VC-Turbo engine as generator
Mitsubishi’s hybrid technology hints at what could come from Nissan
Should you get a Level 2 charger for your Jeep Grand Cherokee 4xe plug-in hybrid?
RELATED ARTICLES
JOIN THE EV PULSE NEWSLETTER
Receive weekly updates on each of our electrifying articles.