2022 Honda CR-V: How will the benchmark evolve? 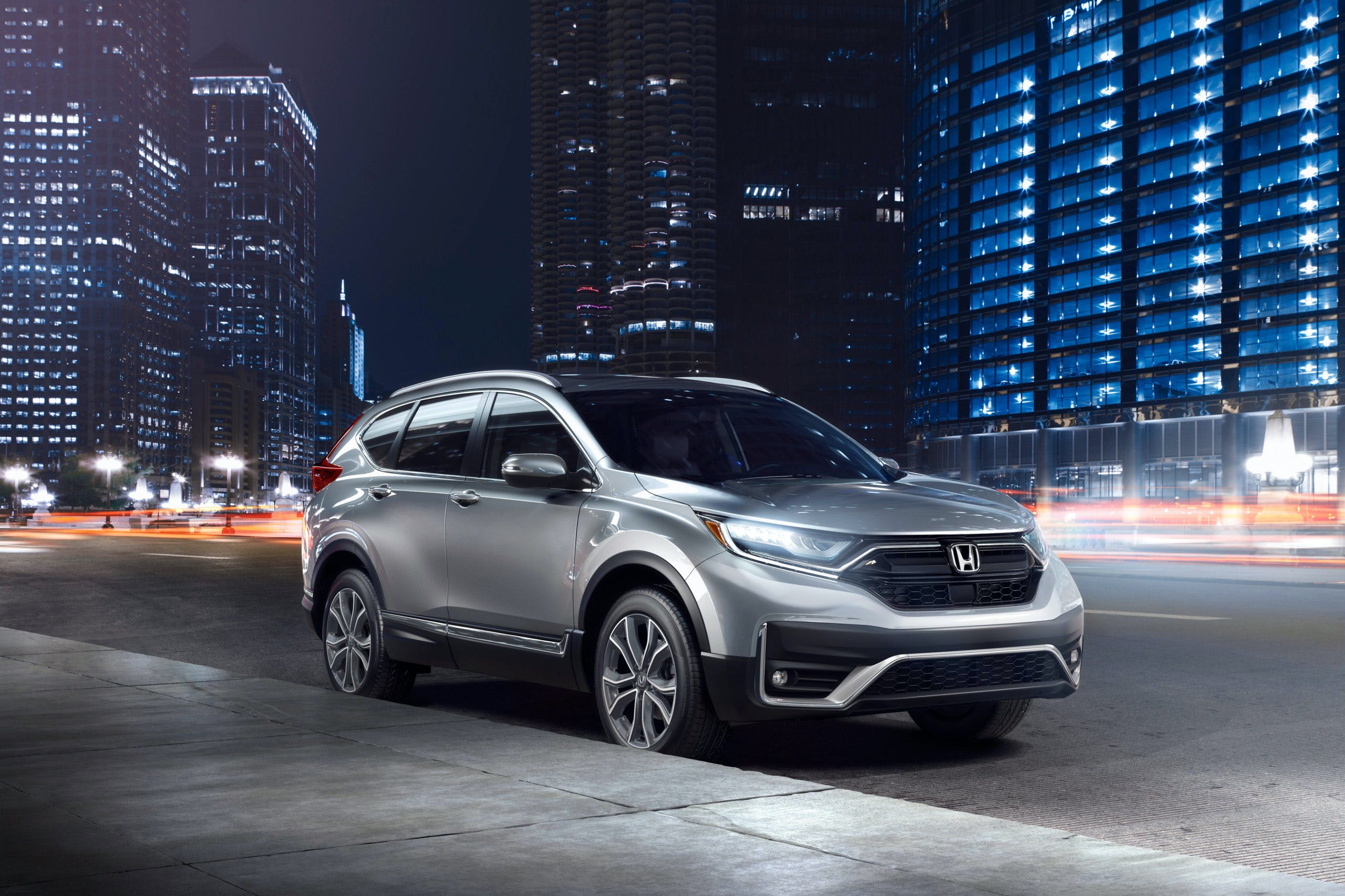 Improving on a good thing is hard because you need to build on the strength of the product, fix the little quibbles, and add new things to it. That’s the position Honda is in with the next-generation CR-V. As one of the most popular compact crossovers on the market and the class benchmark, improving on the already fantastic existing model will be a good challenge for the Japanese brand. If the current one is anything to go by, Honda knows this and it’s ready to take on the grueling task of redesigning a perennial favorite. So, what will the 2022 Honda CR-V be like? Here’s what we know so far.

The 2022 Honda CR-V will be boxier and more upright than its predecessor, sporting an evolutionary look that should be cleaner and less cluttered than the current generation. Honda’s latest design direction, which you’ll find in the 2022 Civic and the upcoming second-generation HR-V, will find its way to the CR-V but with a larger grille. Expect the next CR-V to grow too, meaning it should be the same size as its chief competitors, the Toyota RAV4, Nissan Rogue, and Hyundai Tucson.

If the Civic and global market HR-V/Vezel are any indication, the next-generation Honda CR-V will adopt the new clutter-free interior layout. That means a free-floating tablet-like touch screen on the dash, which could measure 7.0- or 9.0 inches depending on trim. The range-topping Touring trim could also receive a digital gauge cluster and a Bose audio system just like the Civic. Lower trims should get partially digital gauges with a 7.0-inch instrument cluster display.

The CR-V will further distinguish itself in flexibility and clever storage solutions. The rear seats should fold completely flat while the center console bin will likely remain reconfigurable just like in the current car. Hybrid models should also have more cargo space because the lithium-ion battery may get repositioned under the rear seats instead of below the cargo area. Word around is that the third-row option in other global markets may finally find its way into the U.S-spec 2022 CR-V, which could add extra flexibility. However, that will likely not be offered on the hybrid variant.

As before, the Honda Sensing driver assistance suite should be standard on all CR-V models. This time expect the upgraded system from the 2022 Civic to make an appearance. In addition to the usual collision prevention features and adaptive cruise control, the latest version adds traffic jam assist, front and rear false start alert, and automatic emergency braking that works at parking lot speeds.

Honda isn’t changing much of the hardware under the skin of the 2022 CR-V but if the new Civic is any indication, extensive updates are in the cards. The body could get stiffened further to improve NVH and crash performance while the suspension may get significant updates for better ride and handling.

The powertrain lineup should carry over with modifications on the CR-V just like it did in the 2022 Civic. Expect the hybrid to get reworked for improved fuel economy to compete with the Toyota RAV4 and newer entries like the Hyundai Tucson Hybrid and Ford Escape Hybrid. Don’t expect a power increase, though, as the 2.0-liter four-cylinder-based system will likely retain the same combined rating of 212 hp and 232 lb-ft of torque. Unlike Toyota, Hyundai, and Ford, Honda’s hybrid system forgoes the traditional transmission in favor of a direct drive setup.

The Honda CR-V should retain the same low $30,000 starting price with the optional powertrain. The $5,000 difference between it and the non-electrified model is due to the hybrid getting AWD standard and more equipment since it starts at the EX grade instead of the LX. Range-topping Touring variants should remain under $40,000, which could make the Honda a great value play against the RAV4 Hybrid, which gets expensive quite quickly.

For Honda, the CR-V is a critical product in the brave new crossover-crazed world because it’s now their volume model. The hybrid model is just as important because electrification is now a key aspect of the auto industry as emissions regulations keep tightening. Additionally, its popularity among consumers is growing because they’re now a no-compromise solution, blending power and efficiency in a single package, amplifying the CR-V’s importance. There’s no room for mistakes on its redesign because of its status as the class benchmark, as Honda’s best-selling model, and as a vehicle with the capability of making electrified powertrains the new normal.