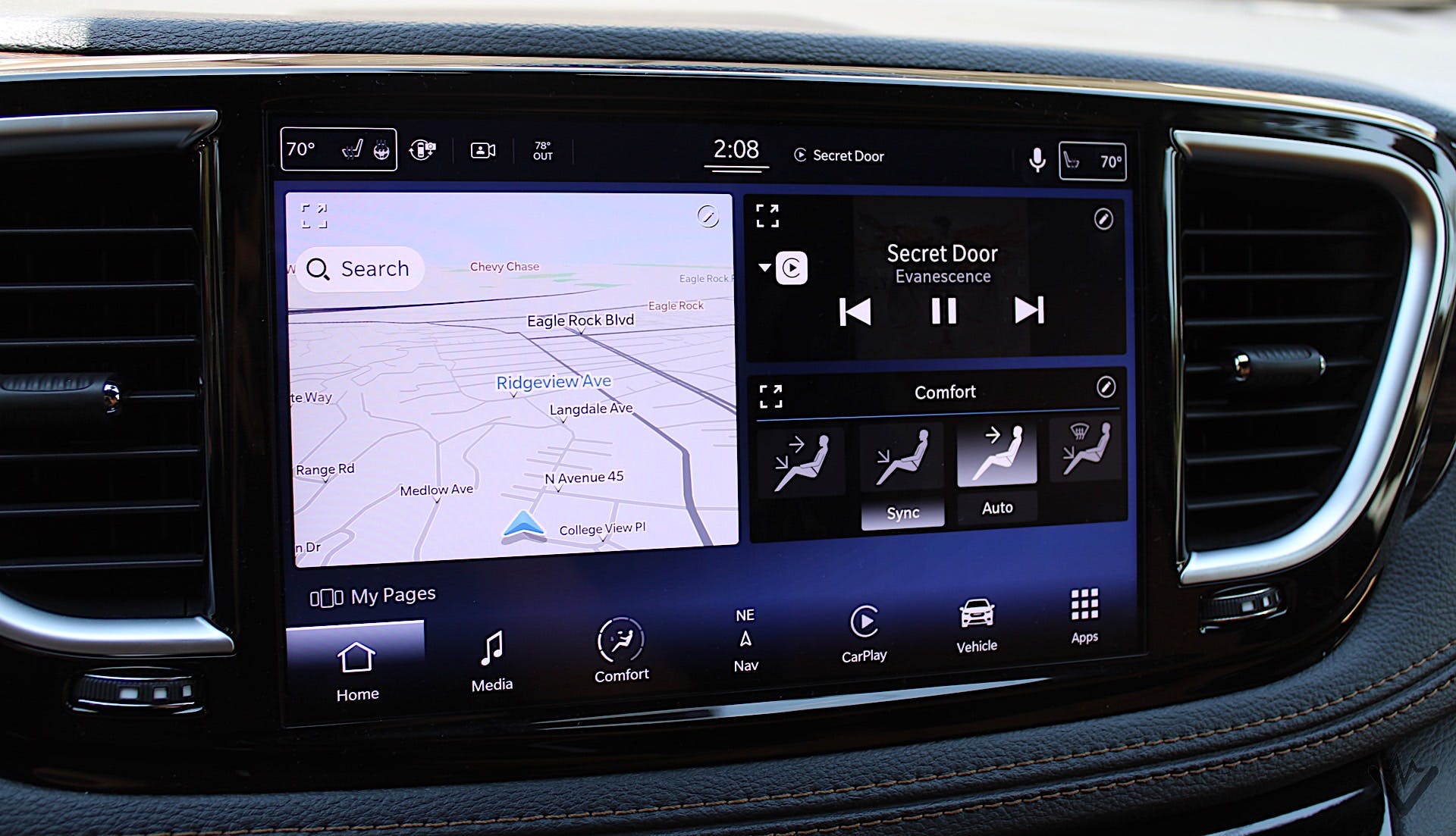 Uconnect has long been one of the best multimedia interfaces available. Since its inception, the system has distinguished itself with user-friendliness, a clean layout, and minimal submenus. The last few iterations built on that formula, slowly chipping away at the learning curve. Now, Uconnect 5 has arrived in the 2021 Chrysler Pacifica and it has shown that you can make a UI even more intuitive with carefully-chosen improvements.

One of the first things you’ll notice about Uconnect 5 is the standard 10.1-inch touch screen. It’s responsive, clear, and logically laid out. All of the main apps are in the bottom row while the Home menu is split into three reconfigurable tiles. You can also swipe down from the top to reveal more shortcuts. In the case of the Chrysler Pacifica Hybrid Pinnacle that we drove, they give you easy access to the FamCam and surround-view camera features.

Selecting one of the main apps immediately leads you to them and their related functions. In case you need to change a setting on the navigation system, it’s right there for you. Most items are only a tap or two away, nothing is buried so deep you have to go through more than two or three pages in before you get to it. Even things you only adjust once like the number of the doors that unlock via remote or keyless access is only two taps away.

The graphics received a major upgrade on Uconnect 5. Everything from the menus to the map looks modern and crisp. There’s nothing grainy or blurred out in any setting, giving the system a modern appearance. Even the smallest icons are so nicely done they’re free of oddities.

Wireless Apple CarPlay and Android Auto are standard with Uconnect 5 but it’s configured differently. They only take up the middle portion of the display, retaining the seven main apps at the bottom and the drop-down shortcut menu at the top. This doesn’t ruin the whole smartphone integration experience. It improves it because you’re able to use the native interface and Apple CarPlay or Android Auto interchangeably.

Stellantis has further evolved the system and modernized it while keeping its strengths intact. Even with the Uconnect Theater addition on the Pacifica, the system’s user-friendliness never gets sacrificed. Like the main UI, Uconnect Theater is a cinch to figure out because it’s quick to respond and doesn’t have many submenus, preserving the main factor that made this infotainment system one of the best.

Uconnect remains one of the most comprehensive UIs available and the latest iteration keeps it among the best. There’s not much work needed to improve the system other than consistent refinements to keep it fresh. As it stands, only Android Automotive stands above it when it comes to overall usability and intuitiveness.