Toyota models that should be ready for Prime time 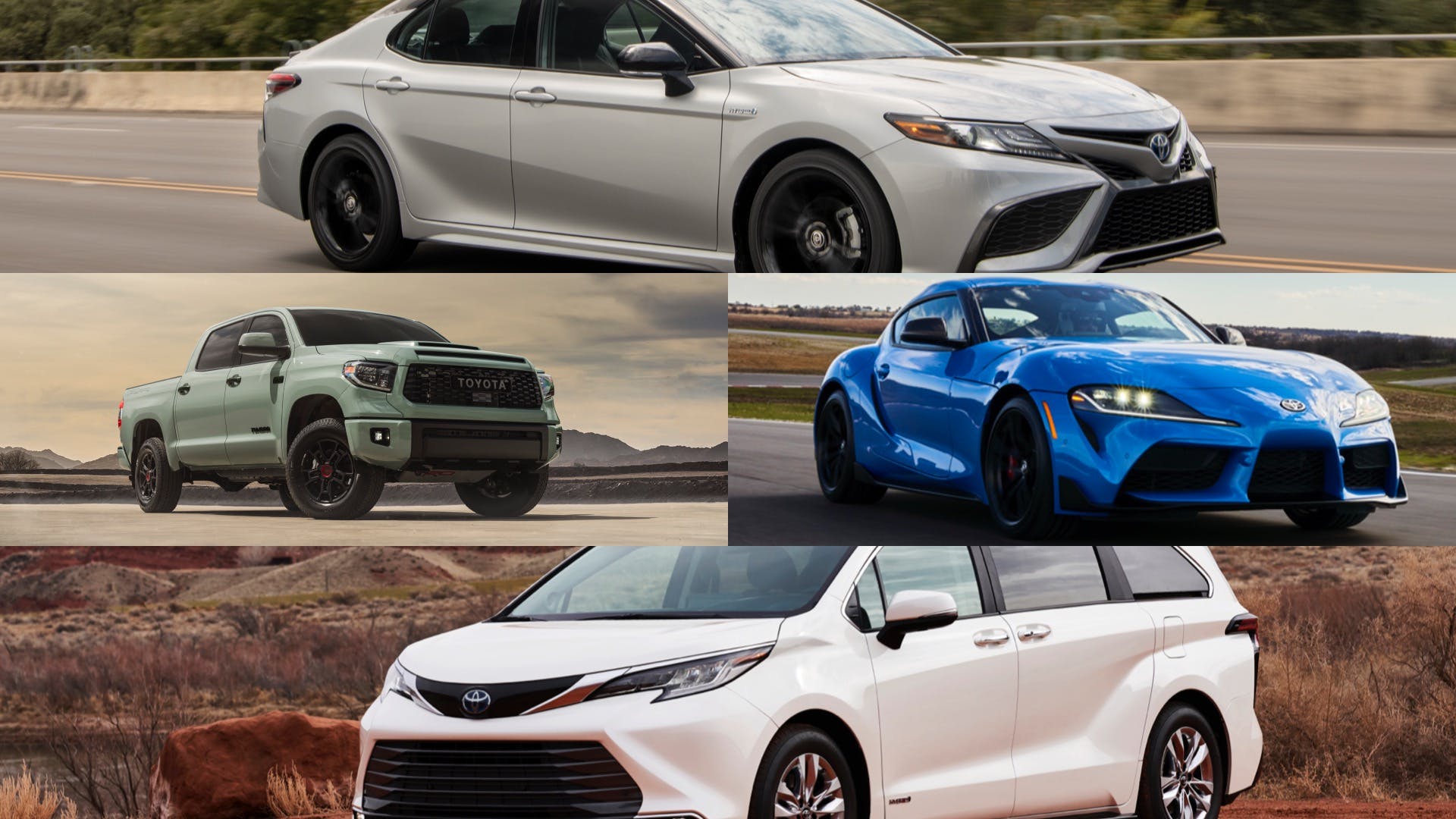 Which Toyota is prime for Prime? Photo credit: Toyota

Toyota‘s Prime family of plug-in hybrids is growing at what could best be described as a ‘cautious’ pace. In a world where plug-ins are becoming increasingly common alongside traditional battery-assisted hybrids, it’s hard to understand why the auto industry’s BEV pioneer has been content to restrict its Prime brand to the Prius hatch and the RAV4 SUV. This is especially unusual considering how well-received the latter has been among both the media and individual buyers who might not have previously considered a hybrid.

With that said, we’ve decided to do Toyota’s homework for it. Here are the Prime models we’d like to see, why we want them to be built, and why they’d be important in advancing Toyota’s PHEV strategy.

Why is the Sienna our first choice for Prime time? The answer is simple: its long, wide platform is perfect for hiding a plug-in battery pack, as Chrysler has demonstrated with its own PHEV Pacifica minivan.

If you think about it, it’s just plain weird that Toyota was beaten to the electric van market, especially considering that the Sienna’s pricing has increasingly pushed into premium tiers with content to match. In fact, almost every minivan out there has positioned itself as a high-end alternative to now-ubiquitous SUVs and crossovers.

Why not go all-in, raise the load floor just a little bit, and deliver a Sienna with nearly 50 miles of EV range? That’s more than enough to tackle daily commuting, kids in tow, without ever having to stop for fuel.

The Toyota Camry Prime is another no-brainer. Still popular in a world that has largely turned away from mid-size sedans as a family rides, the Camry has been given unusual amounts of attention by Toyota’s TRD high performance division as of late. This indicates that at least a few product planners are willing to think outside the box and build versions of the front-puller that no one is really asking for.

How about giving the people something they might actually want instead? While we’re scrambling to find room inside the Camry Hybrid’s TNGA platform for a battery pack bigger than what’s already installed, let’s throw in all-wheel drive with an electrically-driven rear axle to boot. Automakers have done a great job convincing winter climate dwellers that the absence of AWD means certain death on snowy roads, so bundling it with the Camry Prime should serve as enough of a lure to get sales rolling.

Let’s face facts: Toyota has no idea what to do with the Tundra. The once-competent full-size truck has been left to whither on the vine for years, and despite selling a hundred thousand or so units a year, the pickup is tapping into only a tiny sliver of its potential in a full-size market where domestic brands churn out millions of full-sizers each year.

Why not innovate? GM has by now offered three generations of hybrid pickups, and Ford recently jumped on the bandwagon, too, with its muscled-up F-150 PowerBoost Hybrid. Given that there’s really nothing for Toyota to lose by trying something (read: anything) different with its truck, a Tundra Prime makes a whole lot of sense.

CHECK OUT: What we know about the 2022 Toyota Tundra and its electrification

It’s also an opportunity for Toyota to make a splash with the kind of massive battery pack that simply wouldn’t fit in the more modest confines of the RAV4 or even the Sienna. The lack of a modern V6 large enough to motivate a full-size truck is a bit of a barrier here, as we wouldn’t wish the Tacoma’s 3.5-liter lump on anyone, but why not a turbocharged six-cylinder setup to match up against Ford’s EcoBoost plug-in?

Surely someone at Toyota cares about the Tundra enough to shake out some of the institutional inertia that has ground its development to a virtual halt.

This is where Toyota gets the chance to reclaim at least a little of the engineering DNA they gave up when it farmed out the design and production of its iconic sports car to BMW. In fact, given the German OEM’s strong plug-in hybrid interests of its own, it would likely be game to continue its production partnership with Toyota if the Supra PHEV were given the green light.

A plug-in Supra wouldn’t just give Toyota the opportunity to put more of an in-house stamp on an outsourced legend, but it would also show just how serious the company is about its BEV technology. Supra Prime would likely need to clear the 500 horsepower mark and stand above the current turbo six edition of the car to justify the production effort and concomitant higher pricing, but as the Chevrolet Corvettehas provedn there remains a decent appetite for special edition high performance vehicles with modest badges on the hood.

By making its flagship coupe standard-bearer for Prime — even if only a handful of buyers are truly interested — Toyota could raise the profile of its hybrid efforts across the board.