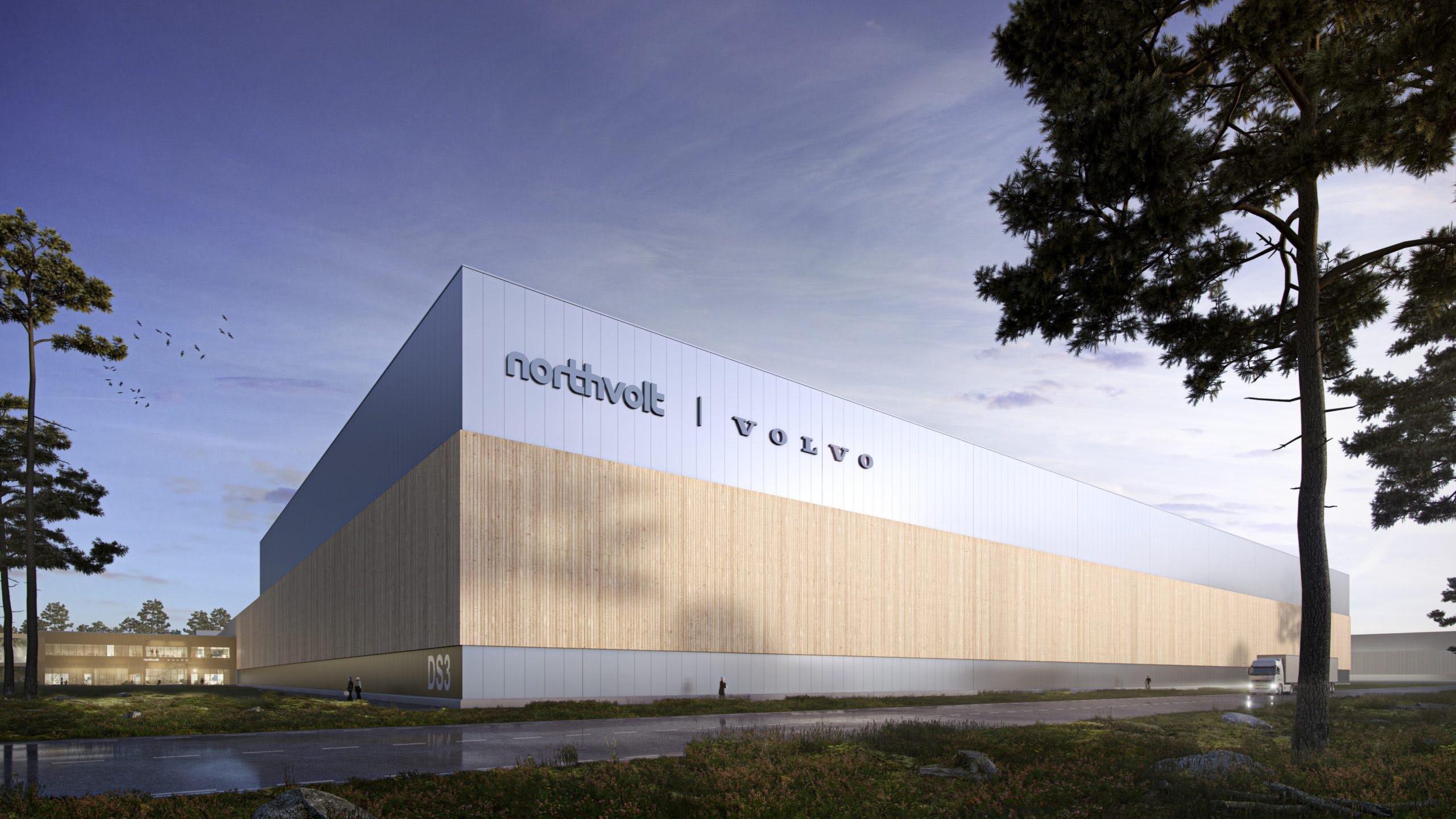 Volvo Car Group and Northvolt have announced that they have selected Gothenburg, Sweden as the site for a new battery manufacturing plant that will start production in 2025. This facility will create 3,000 new jobs and complement a planned research and development center that was announced last year. This is part of a larger investment totaling SEK 30 billion ($3.2 billion) that forms Volvo Car Group’s transition toward battery-electric vehicles and is aimed at strengthening the ties between both companies.

Construction of the new plant at Volvo’s hometown will begin in 2023. The facility will produce new battery packs developed specifically for Volvo and Polestar vehicles and will have an annual capacity of 50 GWh. That should be enough supply for approximately half a million cars every year. The Gothenburg plant will be built in Torslanda, putting it close to a major Volvo production facility and R & D centers.

“Our battery cell partnership with Northvolt is key to our strategic ambitions in electrification,” said Håkan Samuelsson, Chief Executive Officer of Volvo Cars. “We are committed to becoming a leader in the premium electric car segment and selling only pure electric vehicles by 2030.” Sustainability will be a key pillar in Volvo’s transition toward electrification, meaning the new facility will be powered by fossil-free energy and focus on driving renewable energy capacity in the area. Volvo and Northvolt will also integrate engineering solutions prioritizing circularity and resource efficiency.

“Our new battery plant will support our ambition to have a fully climate-neutral manufacturing network and secure a supply of high-quality batteries for years to come,” said Javier Varela, Head of Engineering and Operations at Volvo Cars. “Through our partnership with Northvolt, we will also benefit greatly from an end-to-end battery value chain, from raw material to complete car, ensuring optimal integration in our cars.”

Volvo Car Group and Northvolt’s battery cell production joint venture will be a major player in Europe and be one of the largest cell production units. Both companies have appointed Adrian Clarke, a former Tesla executive, to lead the production company. The R & D center will be operational this year, creating hundreds of new jobs in the Gothenburg area. This also means Volvo Car Group will be one of the few automotive brands to make battery cell development and production as part of the end-to-end engineering capabilities.

The partnership between Volvo and Northvolt will focus on developing tailor-made batteries for Volvo and Polestar vehicles. Two of the main focuses for the new packs will be long driving range and quick charging times. This will also establish a deep vertical integration of battery development and production, which will help Volvo and Polestar to make significant cuts in carbon footprint since it’s the largest cost component in battery-electric vehicles.

Volvo’s first battery-electric vehicle on the new SPA2 platform is the successor to the XC90 three-row crossover. It will be followed by the XC60’s replacement, which will also be on the same architecture and be all-electric. On the Polestar side, the first vehicle will be the Polestar 3, a performance-oriented EV. Following that will be the smaller Polestar 4 and the flagship Polestar 5 the latter of which will use an aluminum-intensive platform.