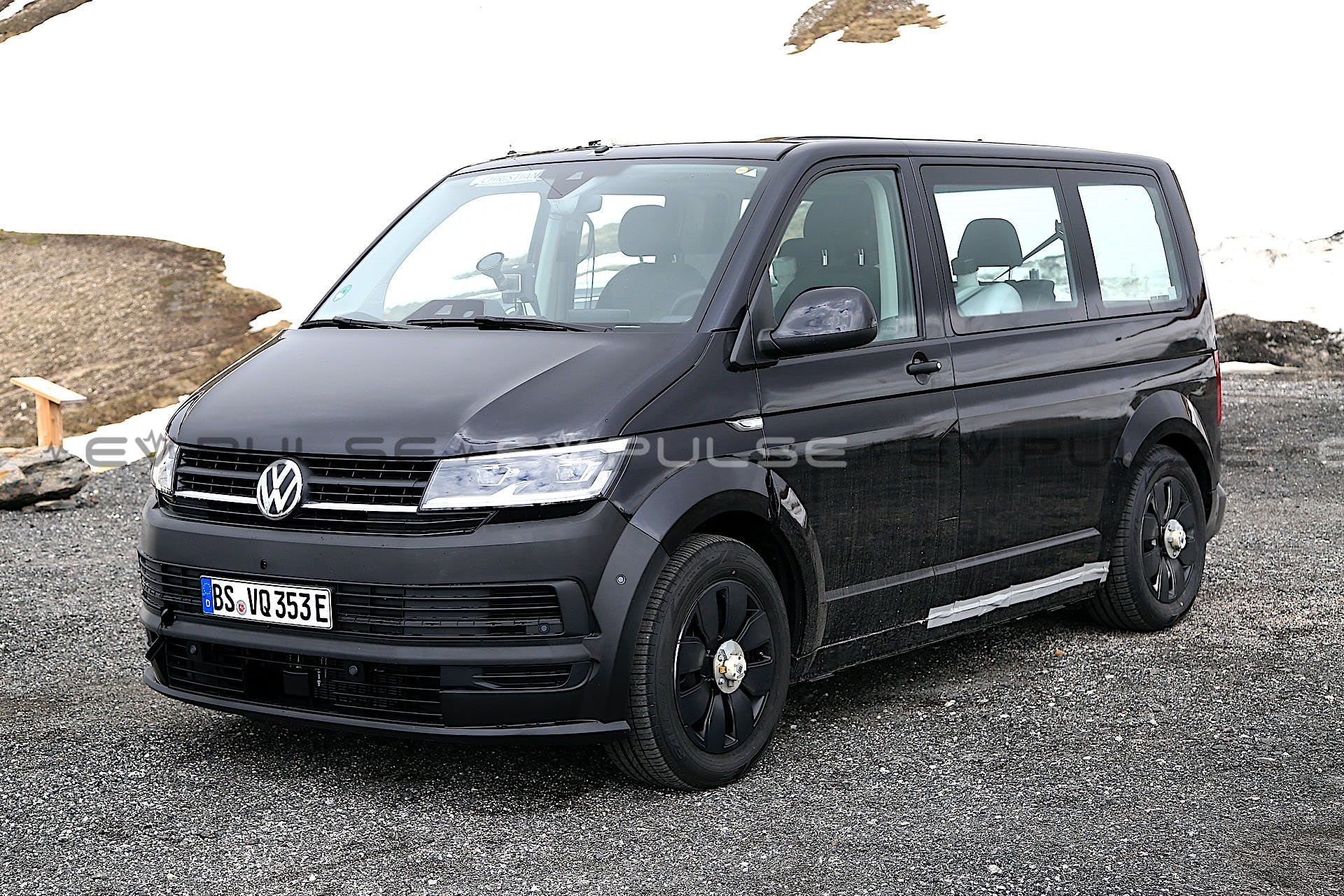 It’s been four years since the Volkswagen ID. Buzz Concept debuted at the Detroit auto show and now, we’ve finally caught the production test mule out and about. This prototype, which was testing on the Austrian Alps, wore the shell of a T6.1 commercial passenger van. However, there were a few giveaways that this wasn’t just a regular internal combustion vehicle.

Spy photographers were able to take a peek inside the Volkswagen ID. Buzz test mule and found a makeshift interior. Everything from the steering wheel to the touch screen, digital gauge cluster, button banks, and other controls look straight out of the ID.4 crossover. It’s as if engineers ripped out the slapped on the bits inside a T6.1. Behind the rear wheels is another hint that this is an ID. Buzz test mule: drum brakes. The ID.4 uses drum brakes in the rear, which supposedly lasts twice as long as disc brakes on average.

Volkswagen has confirmed that the ID. Buzz will have multiple battery options ranging from 48- to 111 kWh. That should give the van a range of around 340 miles per charge on the WLTP cycle. The single-motor version will be the first arrive featuring 201 hp and 229 lb-ft of torque just like the ID.4 Expect a dual-motor version with a second motor on the front axle to follow and should have 295 hp combined like the recently priced ID.4 AWD. The top speed, however, will be limited to 100 mph just like the ID.4 and the not-for-U.S. consumption ID.3 hatchback.

Just like the ID.3 and ID.4, the Volkswagen ID. Buzz will ride on the MEB platform, which was built specifically for EVs. That means the battery will be mounted under the passenger cabin to keep the center of gravity as low as possible. Single-motor versions should be RWD just like the ID.4. In addition to the passenger version, there will also be a cargo variant of the Volkswagen ID.4.

Like the ID.4, the Volkswagen ID. Buzz will get a full suite of driver assistance features. That means, it’ll get Travel Assist, which blends adaptive cruise control, traffic jam assist, steering assist, and lane centering, to help cut the stress of long-distance driving and commuting in traffic. There’s also a possibility that the ID. Buzz could be the first Volkswagen to get more advanced semi-autonomous driving technologies, which could eventually come to other models via over-the-air (OTA) updates.

The production version of the Volkswagen ID.4 will go on sale first in Europe as a 2023 model. It will eventually go on sale in the U.S. as a 2024 model year vehicle. Think of the ID. Buzz as the electrified spiritual successor to the Microbus, a three-row van with lots of room for your friends and gear. Don’t expect much of the design to change once the production version arrives as Volkswagen intends to keep most of the concept intact. That means the ID. Buzz could get reconfigurable seats. You’ll be able to maximize passenger space or cargo space as needed. You’ll likely be able to turn it into a mobile lounge or a super practical hauler for family use.