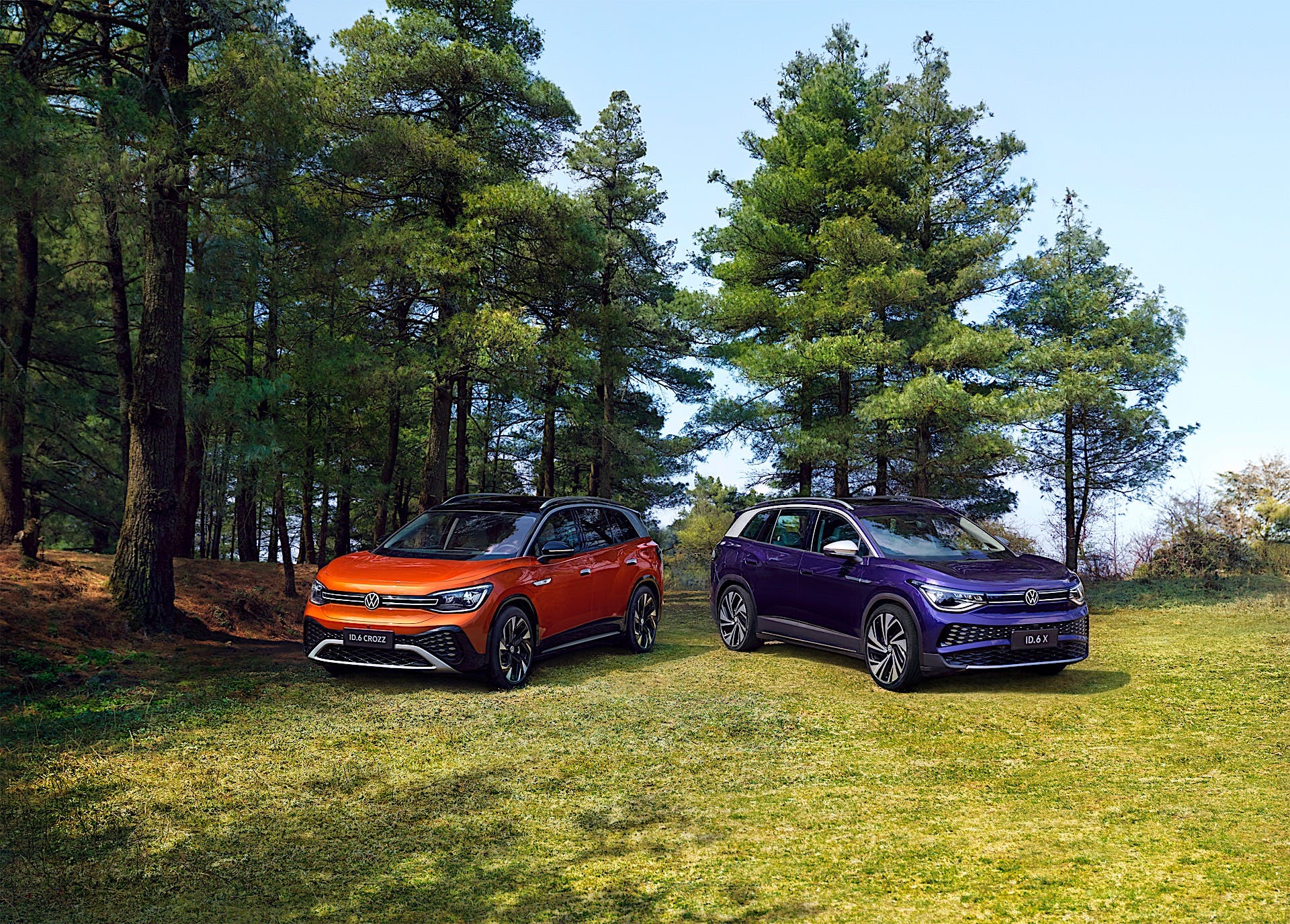 Yet another Volkswagen electric car that will never be seen in North American showrooms has made its debut in China, and the shame of it is that the ID.6 would probably work here.

The 192-inch (4.9-meter) ID.6 will be built as a twin set in China, with the ID Crozz coming out of the northern plant from FAW and the ID.6 X from the SVW plant in the south of the Asian powerhouse.

Based off the Volkswagen Group’s seemingly ubiquitous MEB (Modular Electric Matrix) EV platform, the pair will be in showrooms this year with up to seven seats and a range of battery sizes and power outputs.

About a foot (30 cm) longer than the ID.4, the ID.6 twins will run a 2:3:2 configuration as an option, with a panoramic glass roof and a fore-aft sliding middle row seat setup.

North American customers will have to wait until the third quarter of next year for the Volkswagen Buzz Normal (short wheelbase), with the long wheelbase (with its seven-seat option) will be a year later.

“With the new ID.6, we are laying the foundations for at least 50 percent of our cars sold in China being electric by 2030,” Volkswagen Brand CEO Ralf Brandstätter said.

“We are maintaining momentum and gradually increasing our range of MEB cars: by 2023, Volkswagen will have a total of eight ID models in China, making MEB nationwide there.

“The economies of scale that we have achieved allow us to offer the latest technology at an affordable price — and thus further expand our electric offensive.”

Volkswagen has publicly planned to deliver a new MEB-based EV every year, with a target of turning 70 percent of its European cars into EVs by 2030 and at least half of its North American and Chinese volumes to EV in the same time.

Volkswagen China claims the ID Crozz will deliver the greatest range (though the Chinese NEDC cycle should be pessimistically viewed) at 365 miles (588 km) from its 82 kWh lithium-ion battery pack.

The same cell stacks with all-wheel drive only reach out to 317 miles (510 km), while the smaller 62 kWh battery pack is only used with two-wheel drive and cuts the range back to 270 miles (436 km).

Oddly, the FAW cars from the north lose 14 miles (23 km) of range in the long-range model, but are about lineball for the all-wheel drive 82 kWh battery and for the two-wheel drive 62 kWh model.

It also claims the quickest of the three available models will reach 62 mph in 6.6 seconds (or 6.7 for the FAW cars), while the long-range rear-driver will take a full 9.1 seconds.

Part of the reason for the relatively tardy acceleration is marketing, but the other part is the 5026 lb (2280 kg) weight, largely due to how many batteries Volkswagen decided to squeeze into the 116.7-inch (2965 mm) wheelbase.

The first family-designed Volkswagen EV, the ID.6 will be one of eight new Volkswagen-branded EVs on sale in China by 2023.

Neither of the ID.6 twins comes with buttons or switches inside the cabin, with Volkswagen insisting a combination of a 12-inch touch screen display and a “Hello ID” voice control system will do everything customers expect of the car.

A narrow light strip below the windscreen is intended to provide intuitive support for navigation, while an augmented-reality head-up display is an option.

Written by Michael Taylor
Follow Author
JOIN THE EV PULSE NEWSLETTER
Receive weekly updates on each of our electrifying articles.