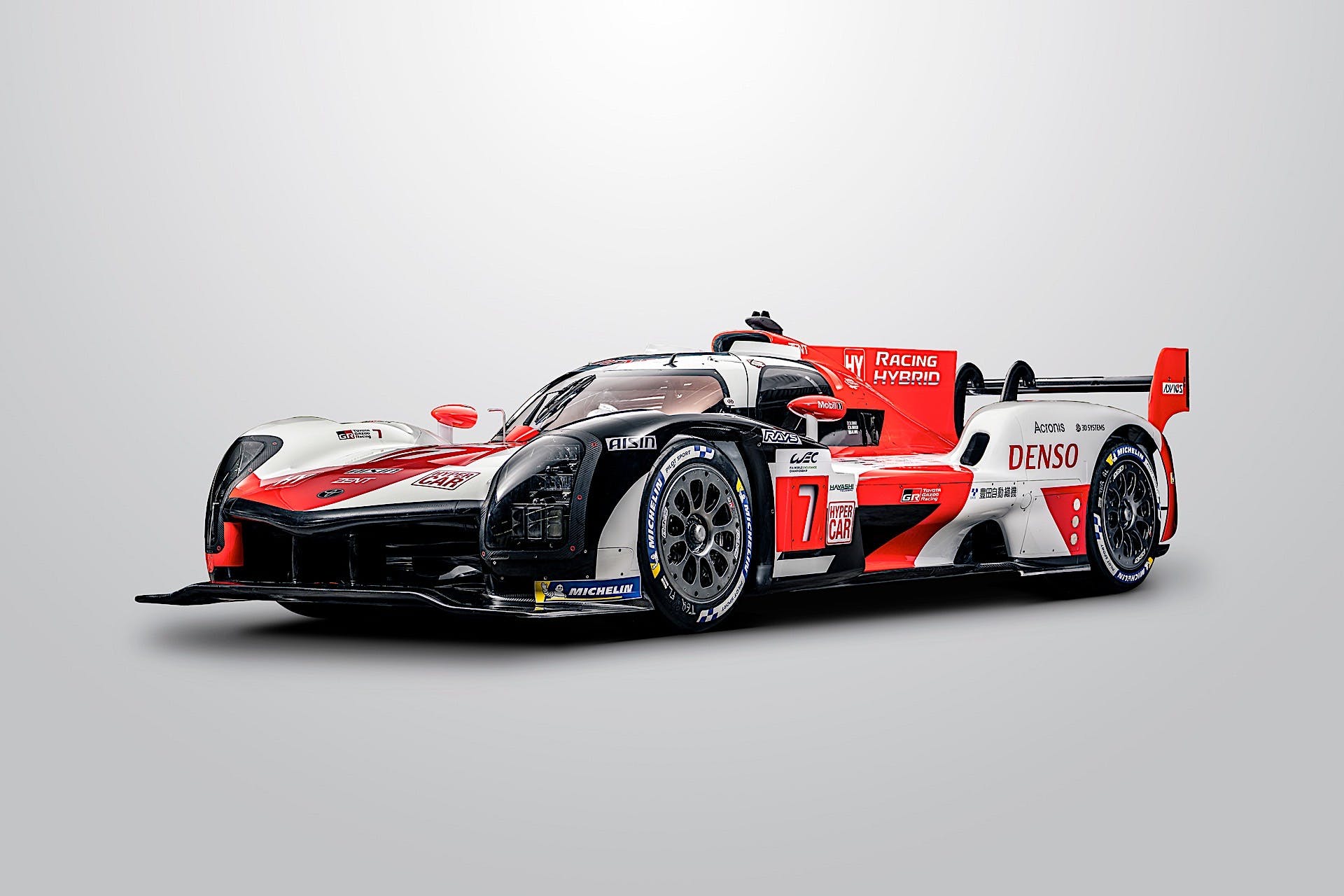 Toyota’s entry to the 2021 24 Hours of Le Mans has been unveiled and it’s called the GR010 Hybrid Hypercar. This race car replaces the TS050 Hybrid, which gave Toyota its first win at Le Mans in 2018 making them the second Japanese manufacturer to do so after Mazda won it back in 1991.

Powering the Toyota Gazoo Racing GR010 Hybrid Hypercar is a 3.5-liter twin-turbo V6 coupled to a powerful electric motor on the front axle. Total output is capped at 670 hp. The race car is based closely on the GR Super Sport, a homologation hypercar that was shown at the 2020 24 Hours of Le Mans and is currently still in development. Toyota’s racing engineers in Cologne, Germany collaborated with its hybrid electric powertrain experts based in Higashi-Fuji Japan for the GR010’s 18-month development. To celebrate the new race car’s debut, Toyota gave it a new livery that includes the GR logo to create a link between the race and road cars.

Compared to the outgoing TS050, the GR010 is 357 pounds heavier and has 32 percent less power. It’s also 9.8 inches longer and 3.9 inches taller and wider than the TS050. As a result, its lap times are expected to be 10 seconds slower. This was the result of a cost-cutting initiative added to the new regulations introduced for the endurance racing series. Although the GR010 is still AWD, this is the first time Toyota Gazoo Racing won’t use a rear-mounted electric motor due to rules only allowing for a single motor-generator unit (MGU). This also required a starter motor and fully hydraulic rear brakes.

Organizers of the 24 Hours of Le Mans and FIA World Endurance Championship (WEC) have introduced a balance of performance. This allows them to modify a vehicle’s capabilities on a race-by-race basis via regulating energy usage and weight to make sure every entry, including Toyota’s GR010 Hybrid, doesn’t have an unfair advantage. The first race will be on March 19 with the 1,000 Miles of Sebring followed by the 6 Hours of Spa-Francorchamps on May 1. The 24 Hours of Le Mans will follow from June 12 to 13. The last three six-hour races are in Monza, Italy on July 18, Fuji Speedway in Japan on September 26, and Bahrain on November 20.