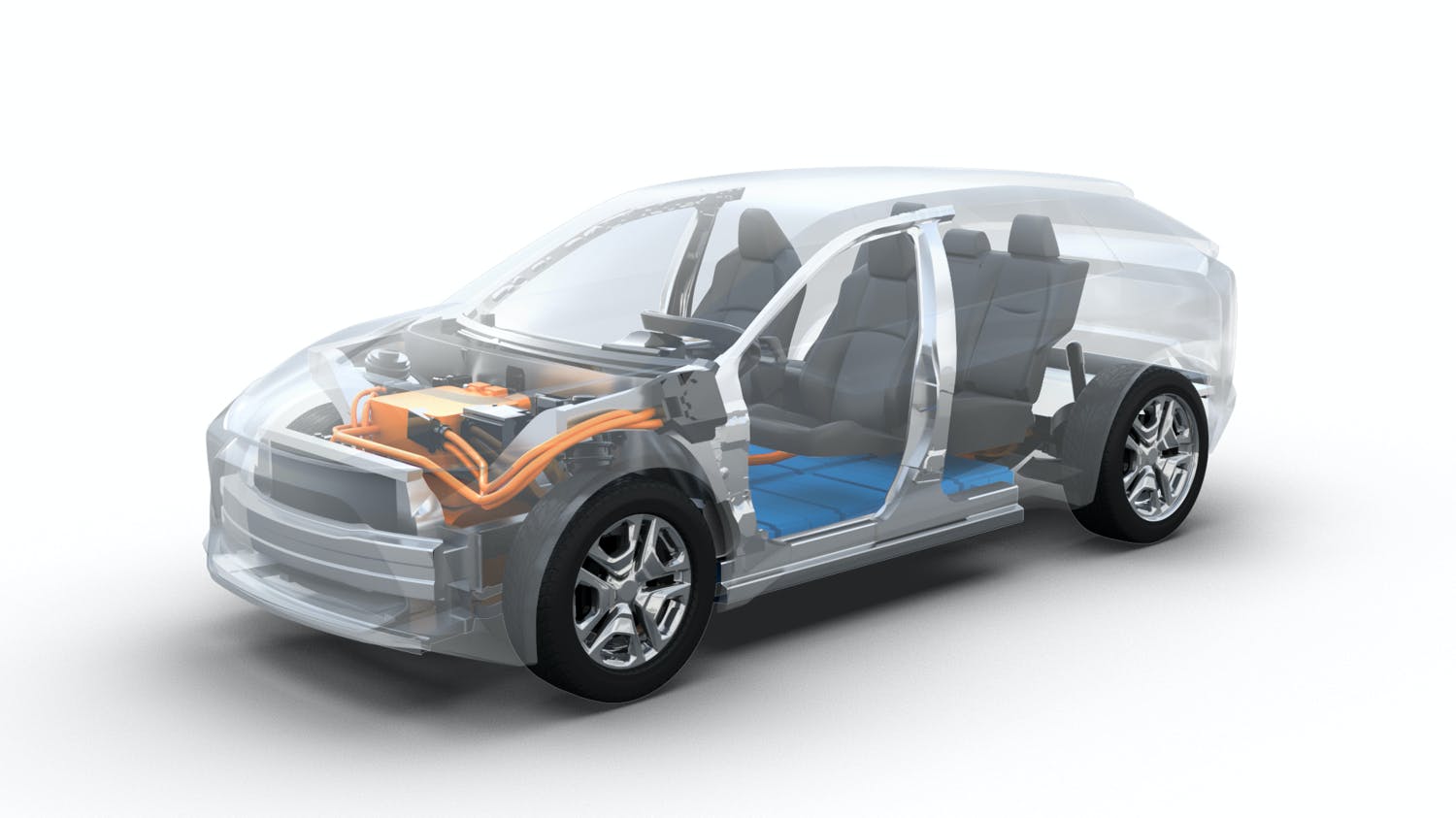 Toyota’s long-term product plan involves the addition of up to six electric vehicles depending on the market. For North America, we’re surely getting SUVs of different sizes and a sedan. The automaker intends to sell these EVs at affordable prices to help popularize EVs. You may be asking, what’s underpinning these vehicles? That would be Toyota’s e-TNGA platform dedicated specifically for EVs, forming the final piece in the portfolio of architectures under the TNGA umbrella.

Toyota’s e-TNGA platform is unique because it’s been developed jointly with Subaru, Daihatsu, and Suzuki. In the U.S., we’ll likely see only Toyota and Subaru vehicles underpinned by e-TNGA. Subaru and Toyota are codeveloping an all-electric SUV the size of the Forester and RAV4 while a smaller one is being worked on by the latter automaker with the help of Suzuki and Daihatsu. Subaru’s first EV, a crossover rumored to be called the Evoltis, will likely be one of the first models to ride on the e-TNGA architecture.

Customizability is one of e-TNGA’s strengths. Several elements including wheelbase, overhangs, and the number of batteries installed can be changed as needed. Electric motor location, driver positioning, and battery width, on the other hand, are fixed. This allows for the development of a wider variety of vehicle types and performance levels. Two-motor layouts can provide AWD capability while single-motor ones enable FWD or RWD configurations. In total, five different modules will be used to optimize vehicles built on the e-TNGA platform. Each one has three versions, including the battery size, allowing an automaker to tailor each EV to a specific market’s needs.

For Toyota, the e-TNGA platform is a way to transfer the knowledge gained from its leadership in hybrid powertrains to battery electric vehicles. At the same time, this allows the brand to make EVs in a manner that will keep research and development spending in check. How? Multiple models on the e-TNGA platform can be developed at once. Other automakers using the e-TNGA platform will benefit from splitting the costs with their partners.

In addition to Toyota, Subaru, Daihatsu, and Suzuki, it wouldn’t be a surprise if Mazda, a founding member of the Toyota-led EV C.A. Spirit Co., Ltd., ends up putting its EVs on e-TNGA. Earlier this year, Mazda confirmed on a second-quarter financial results presentation that Toyota’s hybrid system would power the SUV being built at the Alabama plant. However, we don’t know if the gas engine will be a Mazda unit or not. Mazda has collaborated with Toyota for a while now. The Hiroshima-based automaker borrowed Toyota’s hybrid system for a third-generation Mazda3 hybrid for its home market of Japan. Recently, Mazda produced a Mazda2-based Toyota Yaris for the U.S. and Canada at its Mexico plant. That model was discontinued after the 2020 model year.

Think of the e-TNGA platform as a cost-conscious way of developing electric vehicles. Considering just how mindful Japanese automakers of all sizes are with their research and development and their general conservativeness toward new technologies, this approach was bound to happen. For the companies involved, the e-TNGA platform is a way to spread costs out between the automakers and suppliers, meaning one company doesn’t need to bear the brunt of developing electric motors, batteries, platforms, and other components needed for an EV.