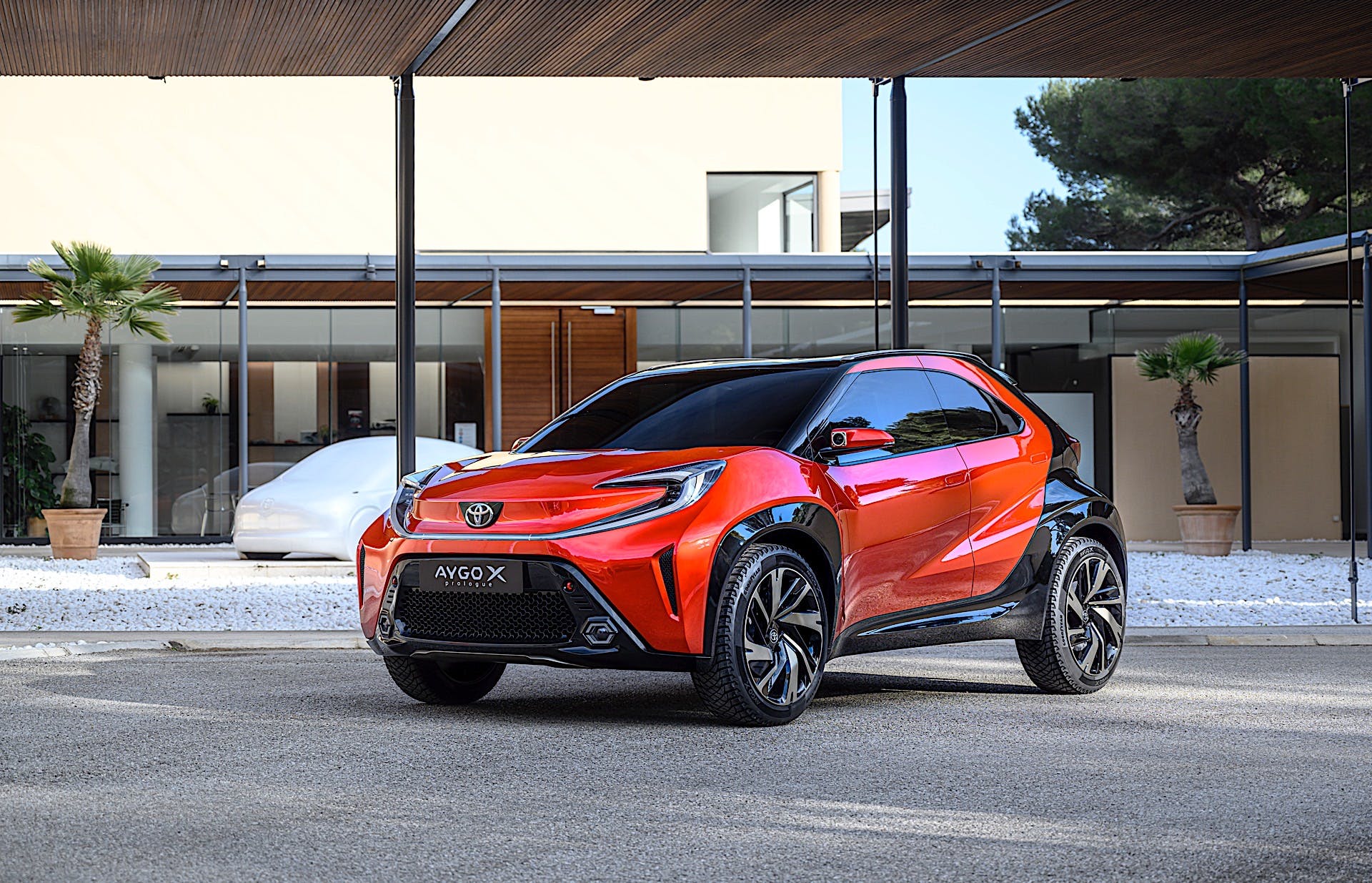 Toyota has revealed the Aygo X Prologue, a wacky looking concept previewing the next-generation of the brand’s city car. Right away, you’ll notice that this pint-size hatchback lacks a grille, hinting that it’s a battery-electric vehicle.

“With the Aygo X Prologue, I believe we’ve demonstrated that a small car can still be big and bold in personality,” said Ken Billes, assistant chief designer of Toyota’s European design studio. The Aygo X Prologue puts extroverted styling first. From the two-tone black and red exterior to the car’s distinctive face, you won’t mistake it for anything else.

Although the next-generation Aygo won’t come to the U.S. anytime soon, this concept is a good indicator that Toyota is about to jump into the EV game. The fact that the Aygo X Prologue doesn’t have a grille hints that this city car will turn into a full-fledged battery-electric model when it hits production.

Like the rest of Toyota’s upcoming EVs, expect the production version of the Aygo X Prologue to ride on the e-TNGA platform. Vehicles like this small will be codeveloped with Daihatsu and Suzuki, two companies that specialize in city cars and kei cars.