Toyota X Prologue teased ahead of next week’s debut 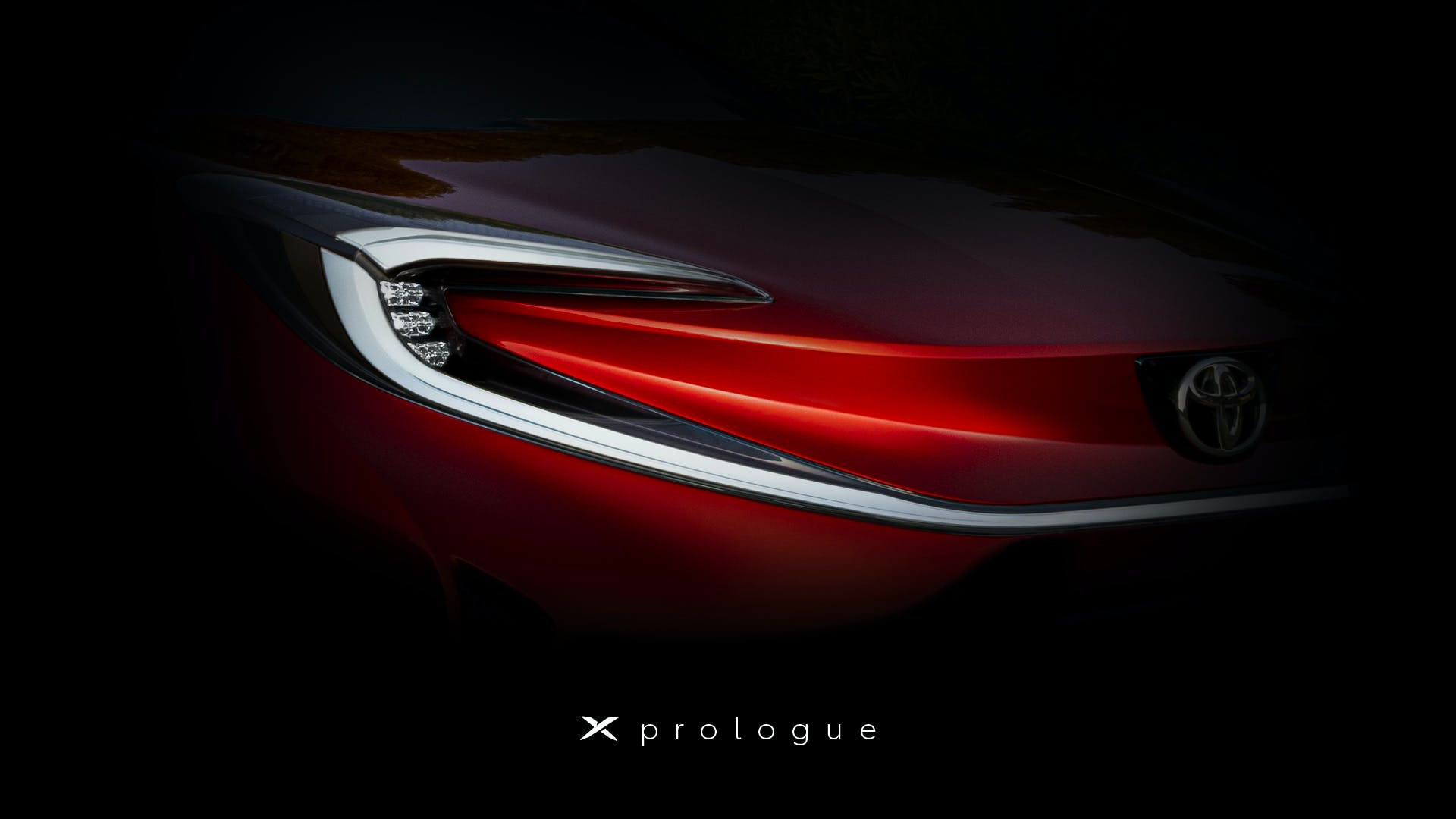 Toyota has given a glimpse of what could be a concept car hinting at its first battery-electric vehicle. Dubbed the X Prologue, the sole teaser photo Toyota provided shows the front end of the car, which doesn’t appear to have a grille. The headlights appear to be linked by a single full-width LED strip, which should give the car a unique look. We’re suspecting that this vehicle previews one of Toyota’s upcoming electric crossovers.

The Toyota X Prologue will likely also be on the e-TNGA platform. That architecture is beingcodevelopedd with other Japanese brands, which includes Subaru, Daihatsu, and Suzuki. Toyota plans to put at least six vehicles on the e-TNGA platform, including a crossover that’s being codeveloped with Subaru. Other vehicles include a larger crossover, two sedans, a minivan, and a compact car, the last of which will be created in collaboration with Daihatsu and Suzuki.

One of the highlights of the e-TNGA platform is the ability to customize the car’s wheelbase, overhangs, and the number of batteries equipped. Electric motor location, battery width, and driver positioning, on the other hand, are fixed. This allows Toyota to create EVs in FWD, RWD, or AWD configuration for optimized every segment.

Look for the Toyota X Prologue to greet the public on March 17.