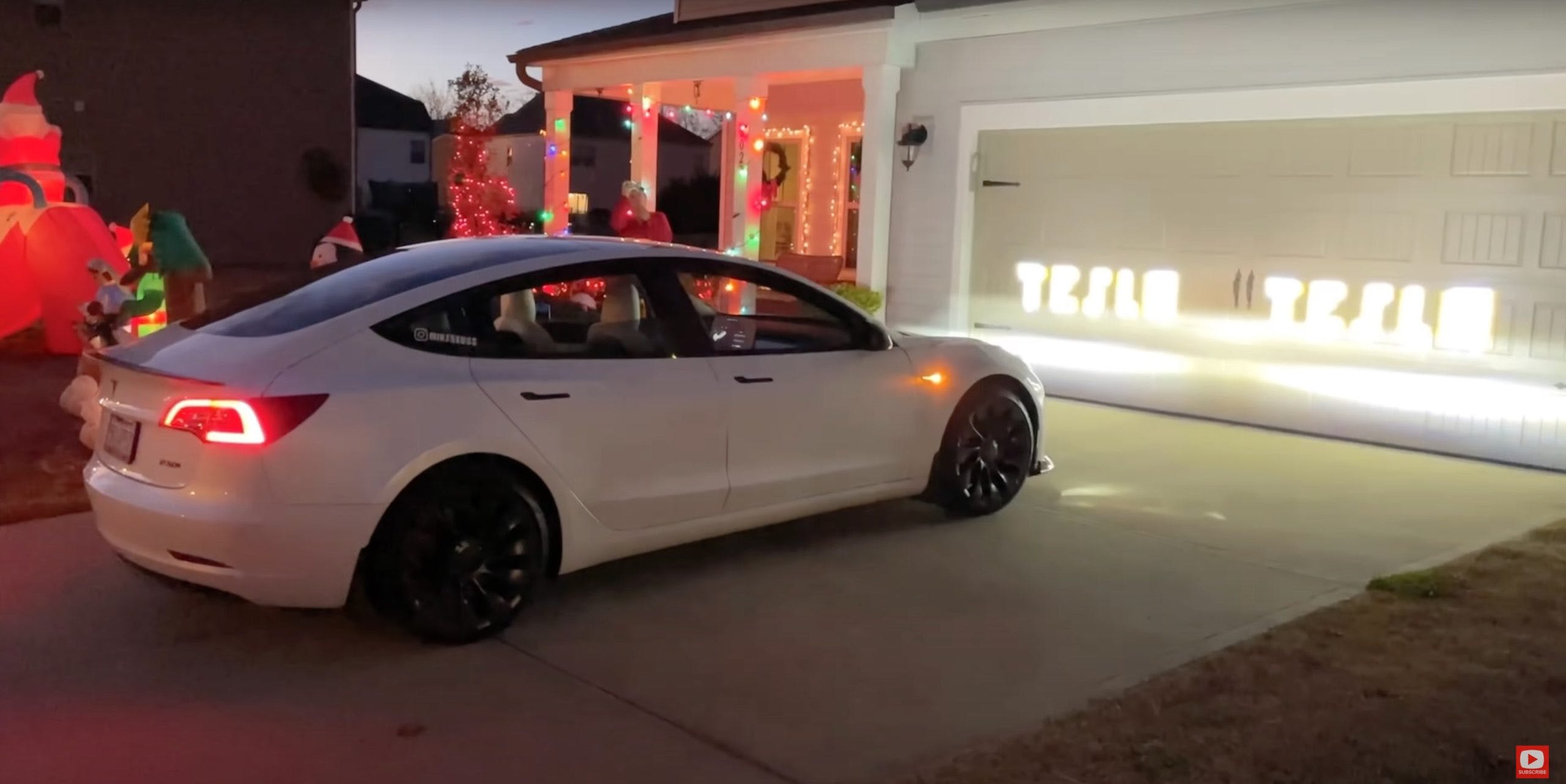 Recently, Tesla expanding its headlights to support the matrix technology. Because it’s less expensive to build one set of headlights, Tesla equips all of its new models with the matrix beams.

So what does that mean for owners who have the matrix headlights? Even if you live in the United States where they don’t function like tradition matrix lights, they can still do cool stuff.

With the 2021.44.25 release, the Light Show uses the matrix headlights to project the words “Tesla” during the experience.

Audi does something like this when you lock and unlock the cars, and when the headlights go through their power on self test. The European-spec Taycan GTS Sport Turismo also had fully functioning matrix lights — remember it’s a European model and doesn’t adhere to U.S. homologation rules — and they would do a dance during the self test.

This update confirms that the projector headlights are true matrix lights, as was originally expected, and that Tesla plans on using them in more ways than one, even if they only work while driving like traditional headlights.