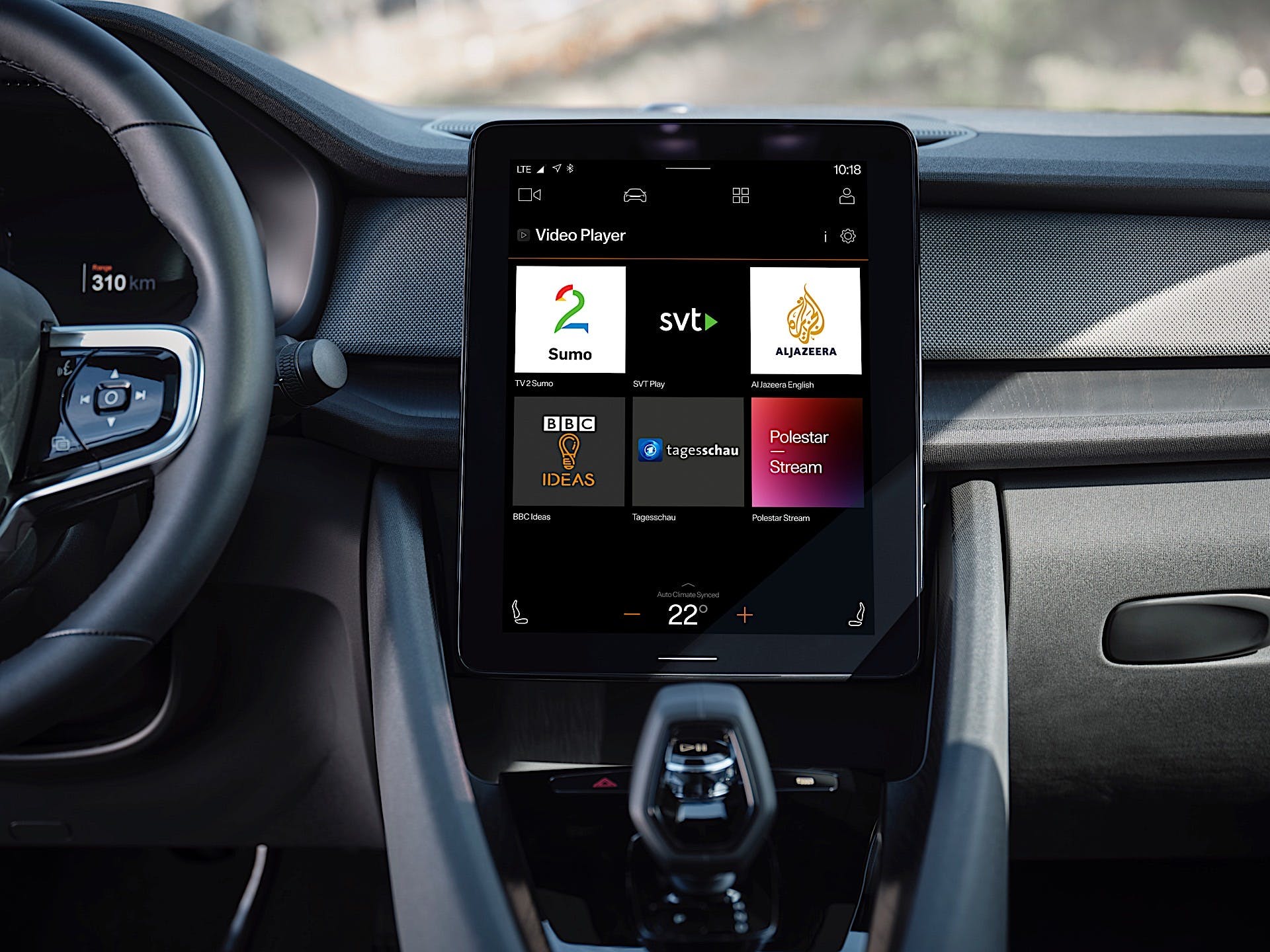 Polestar has announced that it has added a video streaming app to the Polestar 2. The feature, which is currently in the beta stage, is available in all European markets and will bring web-based streaming services from various providers. Polestar says the app will be available only when the vehicle is parked. The moment you drive away, the video feed ends while the audio continues. Data consumed will be part of the vehicle’s data plan.

“We have released the new Polestar video app in beta form so that our customers can start to enjoy the benefits of in-car video streaming sooner rather than later,” said Polestar CEO Thomas Ingenlath. “We will receive feedback – both good and bad – that will help to refine the app based on thousands of use cases, rather than a small, defined set. Ingenlath also added that Polestar will add new channels in the future, giving the feature more growth potential.

The contents of the video streaming app will include everything from news to documentaries. However, the content will vary based on the market where you buy your Polestar 2, which will also get channels that won’t be available in other regions. Thanks to the Android Automotive OS, developers can easily streamline their testing for new functions for the car’s infotainment system. This also allows Polestar to remain flexible when it comes to making new apps, allowing the brand to meet consumer demands quickly.