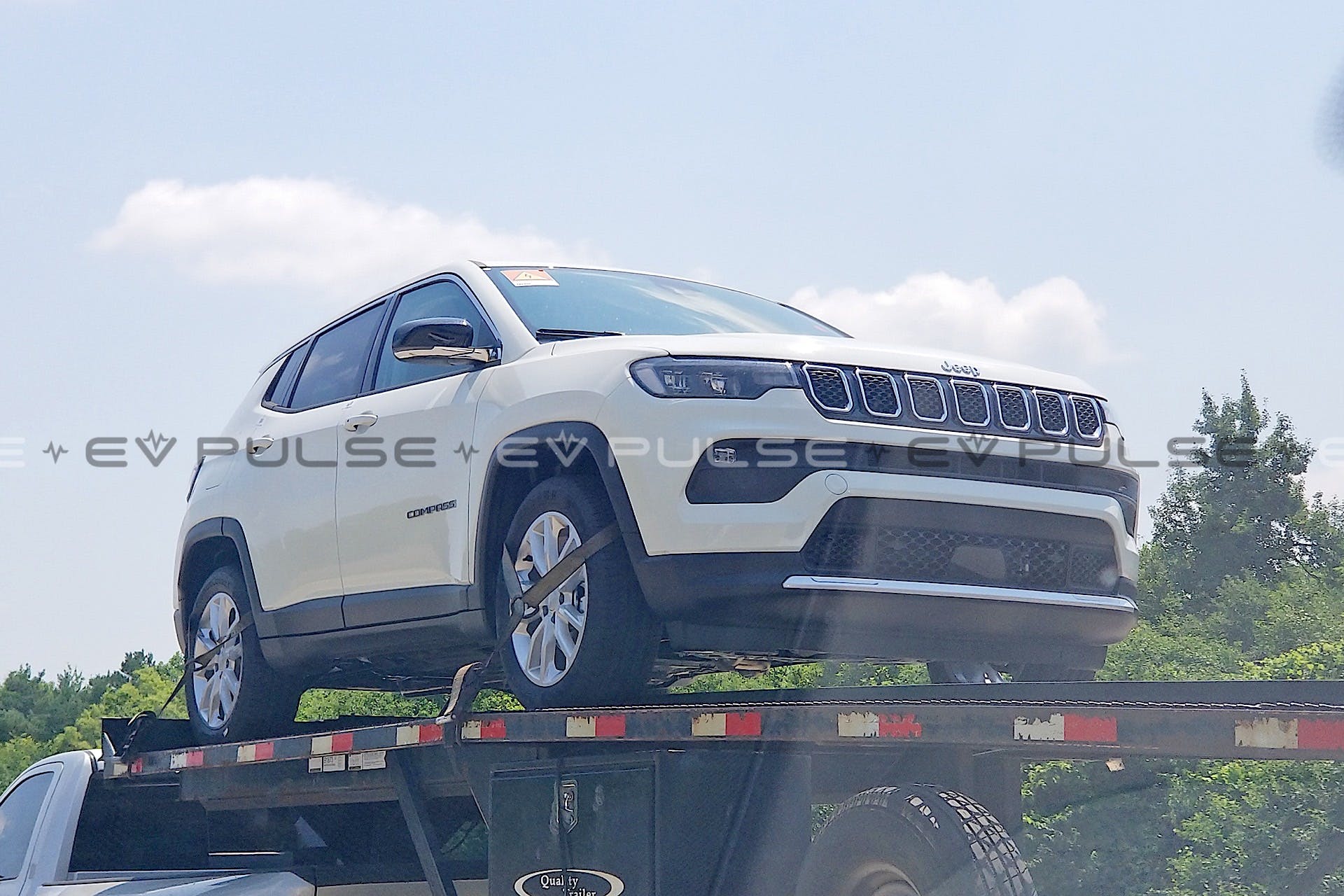 The updated Jeep Compass is a significant improvement, especially in the interior, over the outgoing model. As the brand attempts to move all of its products upmarket in feel and attention to detail, new powertrains are also on the way. While we expect an eventual 4xe plug-in hybrid version of the Compass at some point, we have our first look at a more traditional hybrid variant.

Seen here on a car transporter with some interesting other vehicles, there’s very little camouflage covering up the car. What we can tell is there is only one fuel door, meaning it’s very unlikely there’s a plug hiding for a 4xe variant.

The expectation here is that the Compass hybrid would have the same 1.3-liter engine that makes up the plug-in Renegade and Compass across the pond, just without the plug. The Global Small Engine, marketed as FireFly, would likely be mated to a 7-speed dual clutch automatic transmission. The transmission is also expected to incorporate some sort of electric motor to provide power on the vehicle’s 48-volt mild hybrid system.

It’s no surprise that a hybrid version is on the way. When the Compass debuted in Chicago just a few weeks ago, the one thing missing was an advanced powertrain setup. The same applied for the Jeep Grand Cherokee L and the Grand Wagoneer and Wagoneer. We will see the 4xe Grand Cherokee make its in person debut in New York, and Jeep representatives are on the record saying they expect to have the entire lineup electrified in the future.

Expect to see the Compass hybrid officially debut before the end of the year, possibly in Los Angeles.