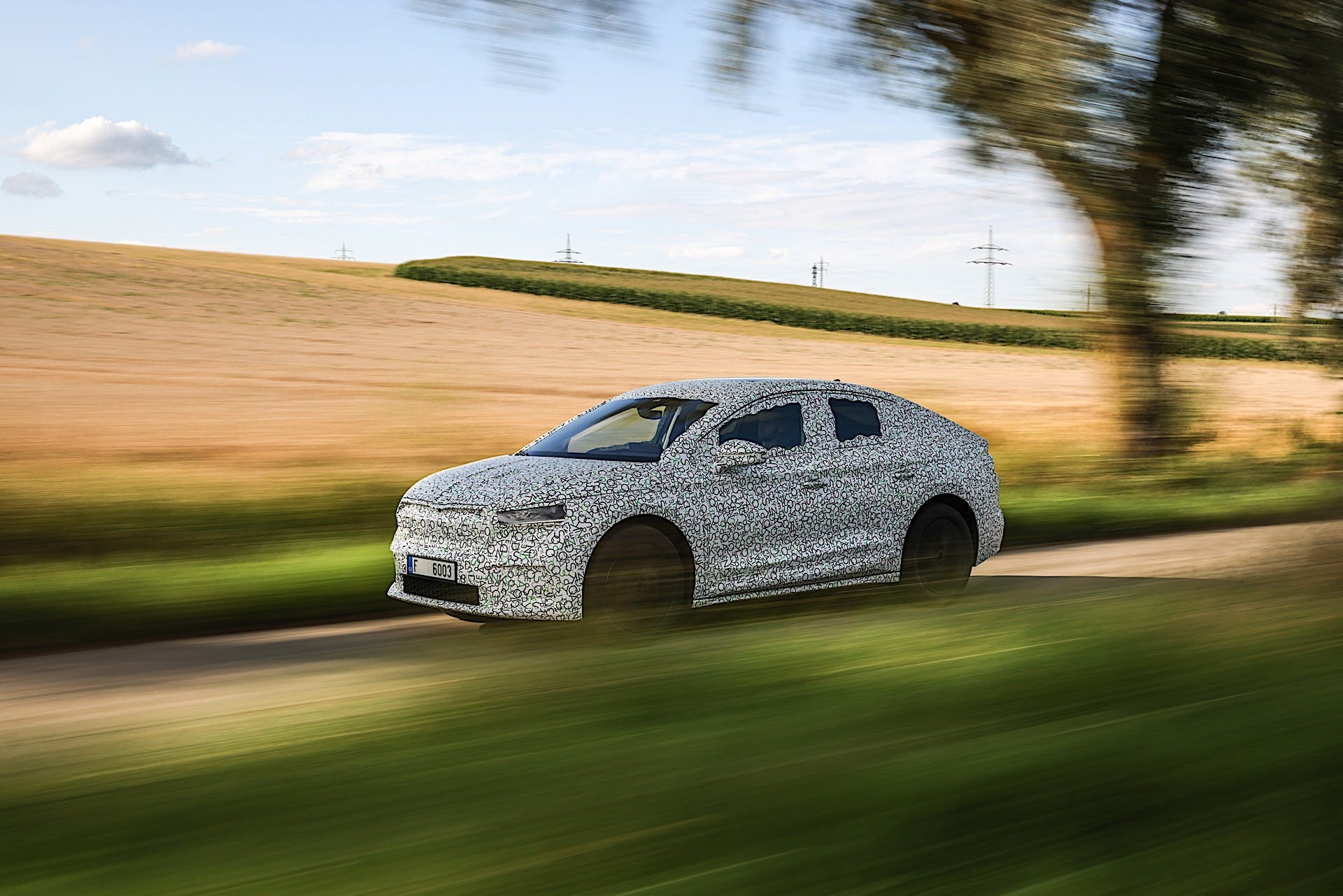 The IAA show in Munich isn’t just for cars that are currently on sale, but for concepts that are in the works. For Škoda, that means an update to the popular Enyaq crossover. Even though it’s wearing camoflague, here’s the upcoming Škoda Enyaq Coupé iV.

Following the trend of four-door coupe body styles made famous by the German brands, the Czech sees value in offering the alternative crossover design for the Enyaq. Considering that the four-door coupes sell for more money, Škoda is probably on to something.

It has a 0.247 coeffecient of drag, which combined with the optional 82 kWh battery pack means it can travel more than 535 km on the WLTP cycle. There is also a 62 kWh base battery.

The Enyaq Coupé iV comes standard with rear-wheel drive, and is based on the Volkswagen Group’s MEB architecture. That architecture underpins vehicles like the ID.4, the ID.3, and the Audi Q4.

The 80x model is all-wheel drive with the bigger battery. It delivers 195 kW of power, which is 261 horsepower in old money. It can charge up to 11 kW at home on a wall charger, or up to 125 kW at a DC fast charging station.

If that sounds familiar, it’s because that’s the same charging speed and power as the other MEB platform vehicles in this segment.

The interior takes advantage of designs inspired by modern living environments. They replace the classic trim levels for the vehicle.  There is a Loft selection, a Lodge selection, and even an ecoSuite selection which uses olive leaf extracts instead of chemicals.

Expect to see the final, non-camo’d version of the car before the end of the year.