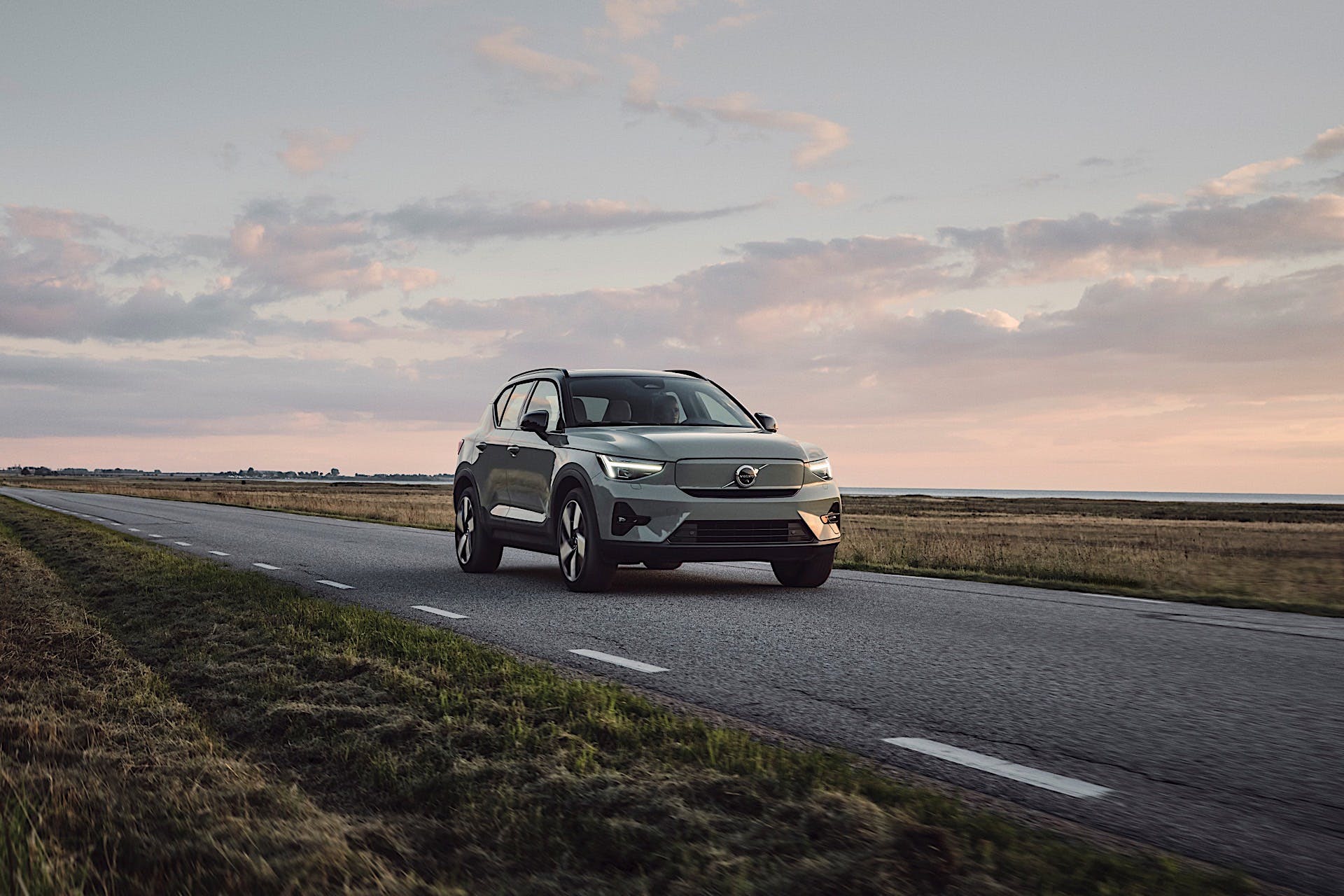 The refreshed 2023 Volvo XC40 Recharge has debuted and it takes on some of the design cues found in the C40 Recharge. In addition to a new front bumper and a frameless grille plate, the headlights are now identical to the C40’s, featuring a curved lower portion. The pixel LED headlights that first appeared on the Polestar 2 and C40 Rechargehave also found their way to the XC40 Recharge. As before, the crossover retains Volvo’s signature Thor’s hammer LED daytime running lights.

In addition to subtle design tweaks, the refreshed 2023 Volvo XC40 Recharge gets the same alloy wheels as the C40. Range-topping models, for instance, get the five-spoke 20-inch units. The interior has also doubled down on sustainability because every 2023 XC40 has ditched leather and other animal-based components. Volvo’s three-dimensional interior trim also makes its appearance on the XC40 Recharge alongside what appears to be twill upholstery. You’ll also be able to choose from a wider range of exterior colors and alloy wheels.

Alongside the refreshed XC40 Recharge is a new single-motor variant of its coupe-like sibling, the C40 Recharge. This variant mounts the electric motor in the front wheels and is backed by a 69-kWh lithium-ion battery. Volvo says that this version is good for about 434 km or 270 miles per charge but that’s likely on the more optimistic WLTP cycle. DC charging from 10 to 80 percent takes roughly 32 minutes. This version is likely not coming to North America since Volvo is only selling the 402-hp dual-motor versions in that market. According to the EPA, the XC40 Recharge is good for 223 miles per charge while the C40 Recharge checks in at 226 miles. Since it uses a smaller battery, the single-motor C40 Recharge likely has less power than the single-motor, long-range Polestar 2. The latter makes 231 hp and 243 lb-ft of torque and can travel 270 miles per charge thanks to its 78-kWh battery with a usable capacity of 75 kWh

Like the Polestar 2, the Volvo XC40 Recharge and C40 Recharge are underpinned by the CMA platform. This architecture was developed to accommodate internal combustion, hybrid, plug-in hybrid, and battery-electric powertrains from the start. These three are the first battery-electric vehicles on this architecture and make up the initial salvo from Volvo Car Group. The company aims to become a fully electric carmaker by 2030. All three vehicles have benefited from several over-the-air (OTA) updates, which improve their features, driving range, and add new capabilities.

The XC40 Recharge and C40 Recharge are the first all-electric Volvo vehicles and will serve as the entry point to the brand’s battery-electric lineup. They will be followed by a new three-row SUV reportedly called the Embla, which will use the SPA2 architecture and be built in South Carolina alongside the Polestar 3. Volvo’s next XC60 will also be on SPA2 and so will another crossover slotting between it and the flagship crossover currently using the project code V546. Volvo is reportedly developing five BEVs consisting of two crossovers, two wagon-like models, and a sedan. A new entry-level model will slot below the XC40 and C40, and will likely use the PMA platform shared with several Geely models and the upcoming Polestar 4.