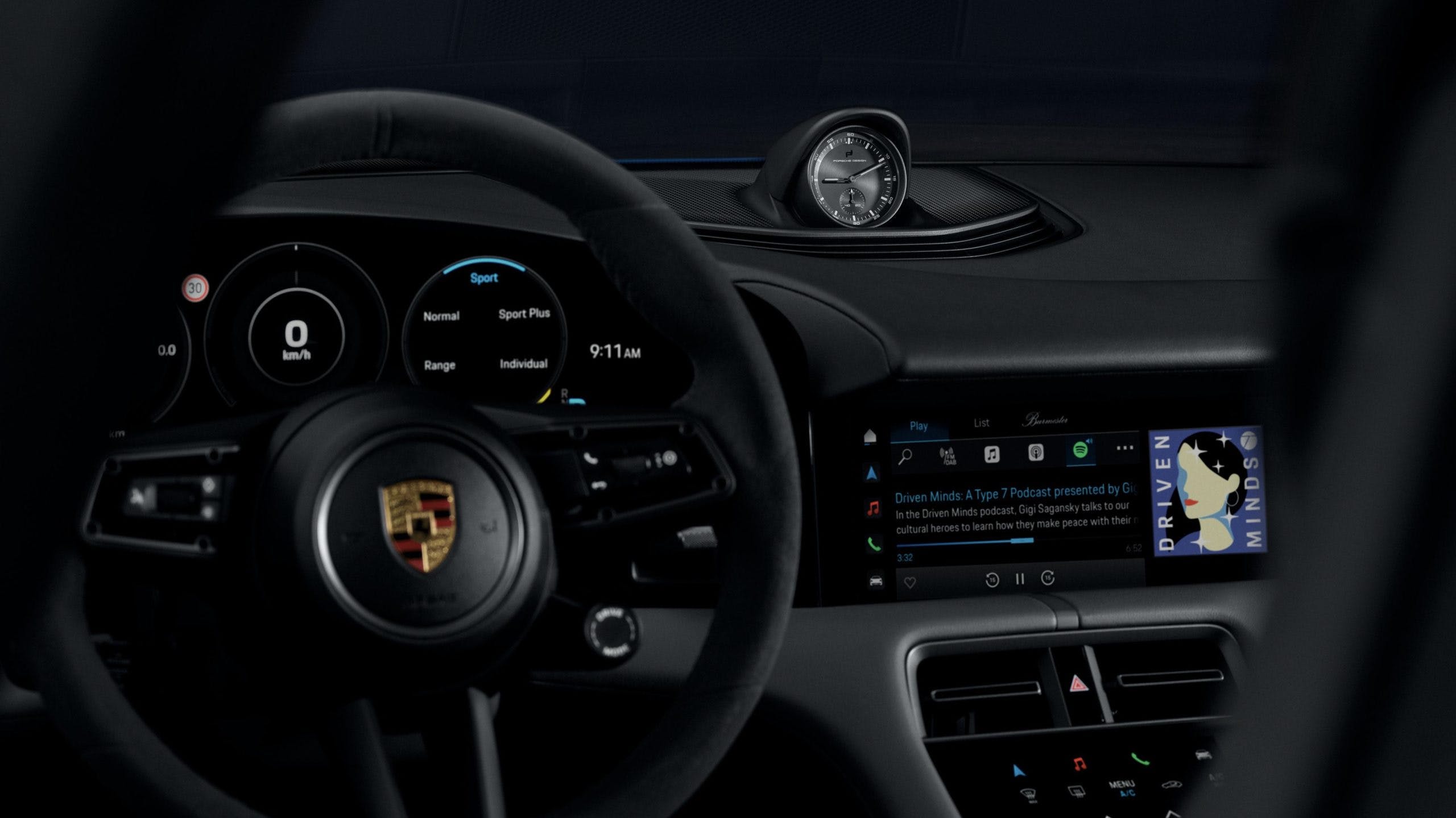 Porsche has started rolling out the latest version of its infotainment system on the 911, Cayenne, Taycan, and Panamera. Called PCM 6.0, the interface gets several new additions like wireless Android Auto and an improved Voice Pilot virtual assistant. The menu structure has also been redesigned for the first time with colored icons to make the system easier to use. New capabilities on the built-in virtual assistant include accessing news updates, the owner’s manual, and togging media streaming.

One of the big additions to PCM 6.0 is Spotify built into the infotainment system. Owners with a Spotify Premium account can link them to their vehicle using their Porsche ID. This allows them to stream music without connecting their phone via Bluetooth or Apple CarPlay and Android Auto. Having Spotify integrated into the main interface gives easy access to its library of over 70 million songs and 3.2 million podcasts. This uses mobile data included with the Porsche Connect system. Like the app on your smartphone, the Like function, saved playlists, and the new Go to Radio option are all available. The Go to Radio feature looks for music that’s similar to the one currently playing.

The Porsche Taycan gets a special version of PCM 6.0 with an improved Charging Planner to help you better plan road trips. An optimized algorithm prioritizes charging stations with high energy output (150 kW or higher) and plans more efficient charging stops, enhancements that are based on customer feedback. The Charging Planner also now takes into account the time needed to start and end the charging process at the station when estimating the total driving time for a better overall experience.

A new dynamic zoom function has been added for charging stations. This will show you all available options for charging in your immediate area and will also tell which ones are available or in use. When you put it in the wider view, the stations being displayed are limited only to stations that charge the fastest. There’s also a filter that lets you sort them based on their output. PCM 6.0’s built-in navigation system also includes a revamped route monitor that can display or hide relevant events during your trip.

If you’re wondering why Porsche is only releasing PCM 6.0 to four vehicles in its lineup, that’s because the other three are still using an older version of the system. The Taycan, Panamera, Cayenne, and 911 use the newest software, features, and can receive over-the-air updates. Newly produces examples of these four models will get PCM 6.0 right out of the factory with implementation beginning in the coming weeks. The powertrain you choose will determine how extensive your upgrades are. From the looks of it, the Taycan will see the biggest overhaul since it includes so many improvements to make driving long distances in a battery-electric vehicle easier.

PCM 6.0 gives us a glimpse at what’s coming on the infotainment front for the next generation of Porsche vehicles. The improvements on the Taycan could be just the beginning as more updates could be on the way to make driving an EV more convenient. These new features will most likely find their way into the second-generation, all-electric Macan crossover, which is due to debut by next year.