Polestar 5 will use a brand-exclusive aluminum platform 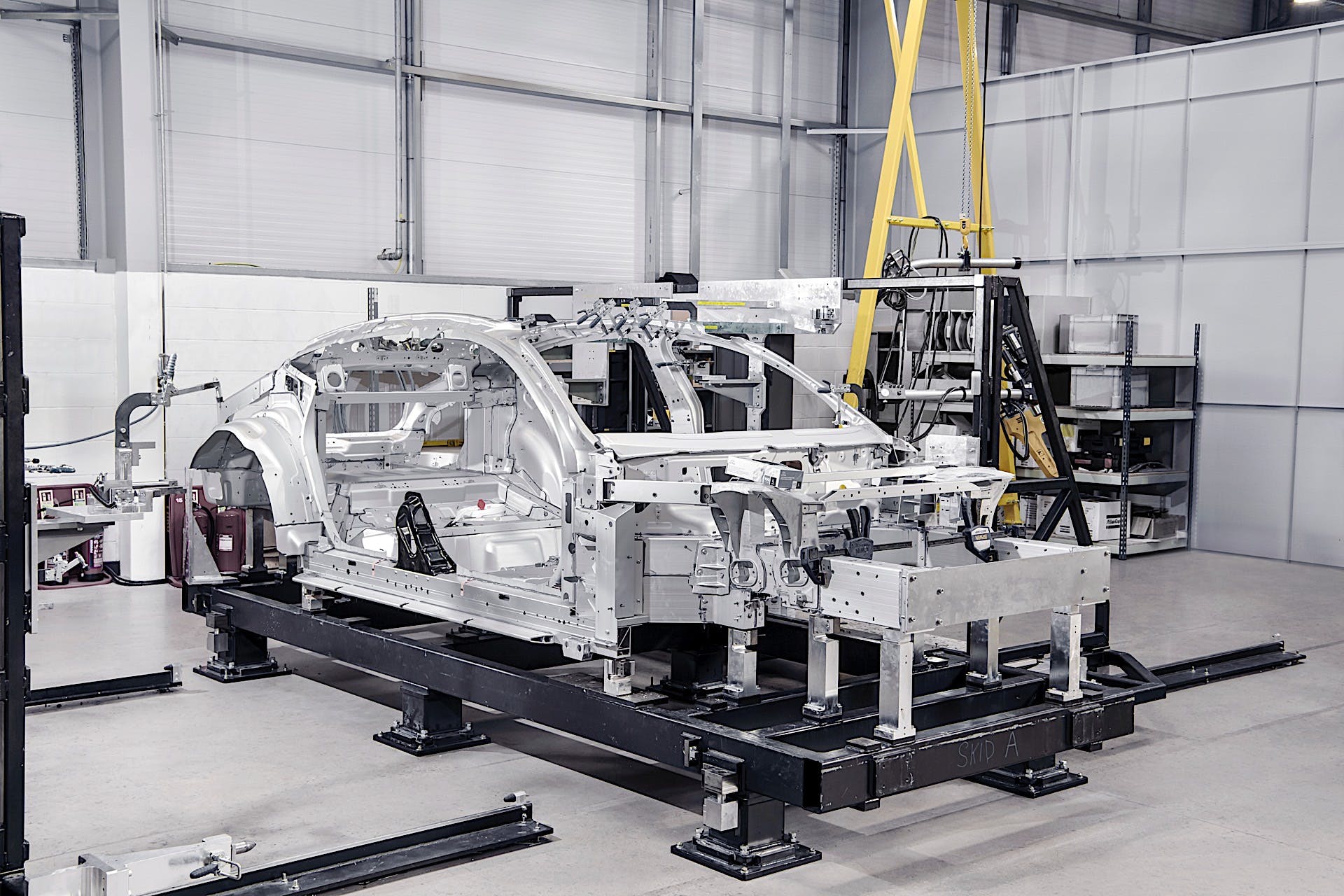 Polestar has revealed that its next flagship, the four-door Polestar 5 grand tourer, will be built on a bespoke bonded aluminum architecture. Lightweight and rigid, bonded aluminum also offers plenty of advantages when it comes to performance and environmental impact. This technology has also proven to be highly difficult to integrate into mass production because it’s so labor-intensive.

The engineering team at Polestar claims to have developed a new, faster manufacturing process that builds both the body and platform in unison without sacrificing quality. This division is based in the Motorsport Valley within the Midlands of the United Kingdom. It consists of 280 employees that previously worked on highly demanding projects including Formula 1 race cars, sports cars, and low-volume vehicles.

“Our UK R & D team is one of Polestar’s greatest assets,” said Thomas Ingenlath, CEO of Polestar. “Their mix of engineering and technological expertise enables us to develop advanced, lightweight sports car technology with a creative mindset and a spirit that embraces innovative engineering. This will set Polestar apart in the years to come.”

Developing bonded aluminum technology in-house as part of a new brand-exclusive platform, the Polestar 5 can be designed with higher torsional rigidity than a two-seat sports car or supercar. It also allowed the Swedish brand to create a production vehicle that barely changed from the Precept show car that it’s based on. Thanks to new materials and techniques, the Polestar 5’s body-in-white is projected to weigh less than vehicles from segments that are a size smaller than it. This also improves overall vehicle efficiency, real-world driving range, and responsiveness while providing the leading safety levels expected of a brand under the Volvo Car Group umbrella.

Pete Allen, Head of Polestar UK R & D, noted that the team knew the Polestar 5 had to be lightweight, high quality and had to be done quickly. He also adds that this new architecture delivers on what you expect in terms of safety and driving dynamics while keeping costs down and making it applicable for high-volume production. Polestar R & D UK is leading the development of the Polestar 5 and is expected to play a major role in growing the brand’s in-house research and development activities. This division is expected to grow to 500 engineers within the next few months.

The production Polestar 5 was previewed late last year in a series of videos released on YouTube. It’s essentially identical to the Precept and won’t have a traditional rear window. Instead, it will use a rear-facing camera to show what’s behind the vehicle. Additionally, the Polestar 5 will utilize Polestar exclusive electric motors. The rear unit features a two-speed gearbox and can generate up to 603 hp on its own. When combined with a second electric motor on the front axle, the Polestar 5 could potentially make up to 871 hp.

Polestar’s new battery pack, which it codeveloped with Volvo and Lotus, will also be on the Polestar 5 and can switch between 400- and 800-volt charging depending on the infrastructure. This should allow the car to charge from 0 to 80 percent in 20 minutes. It will also get bidirectional charging, enabling the vehicle to power your home. Expect the new battery pack and electric motors to appear on the Polestar 3 crossover first, which is due out this year. The Polestar 4, a smaller, more coupe-like utility vehicle should get them in 2023. However, the most powerful units will likely be exclusive to the Polestar 5 since that will serve as the new flagship when it arrives in 2024.