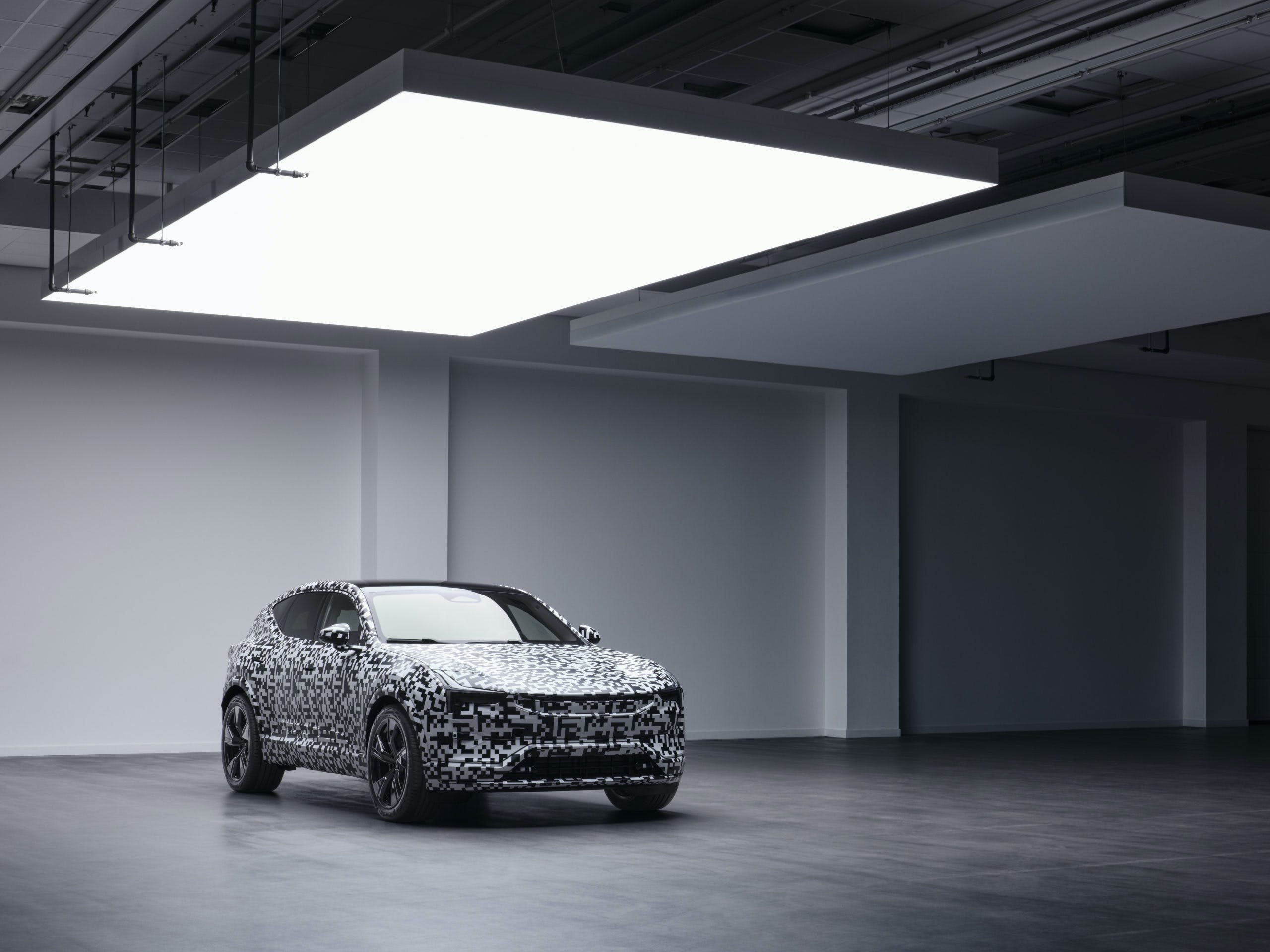 The 2023 Polestar 3, Polestar’s first crossover, has been teased once again and we finally get to see some of its exterior design details. Right away, you’ll notice the new take on the Thor’s Hammer LED headlights, which now go up the hood of the car. Like it the Precept show vehicle, they’re thinner and split, giving it the distinct Polestar family look while still giving a nod to its Volvo roots. The enclosed grille has shrunk significantly and appears to be housing additional components for the Polestar 3’s driver assistance features. You’ll find the only opening in the front of the car in the lower part. In terms of exterior footprint, the Polestar 3 appears to slot somewhere between a compact crossover like a Volvo XC60 and a two-row mid-size one like the Porsche Cayenne.

Polestar only released a front three-quarters teaser shot. Based on that, we see soft lines, giving the Polestar 3 its voluptuous yet svelte side profile. The rear doesn’t appear to be as coupe-like as it was originally described when the company first announced the crossover. Its rear fenders, on the other hand, are massive, which should give it a confident stance. Polestar’s stylish side mirrors, which are also on the Polestar 1 and Polestar 2, have also made their way to the Polestar 3. The big hump on the roof where components like lidar are housed on the Precept and Volvo Recharge concept cars have also been moved. They’re now behind the windshield to protect them from the elements.

When it arrives next year, the Polestar 3 will be built in the U.S. Polestar will open an assembly line for the Polestar 3 at Volvo Car Group’s Charleston, South Carolina plant, which currently builds the S60 compact luxury sedan. That facility will also build the successor to the Volvo XC90, which will share the new EV-specific SPA2 platform with the Polestar 3, the next XC60, and possibly, the Polestar 5. SPA2 will be one of several architectures used by the Zhejiang Geely Group for its EVs. However, it will likely be reserved exclusively for Volvo and Polestar who will use it for a wide range of vehicles beyond the four mentioned above.

“We are not a virtual company waiting to build factories and sell cars; we are an actual company already building and selling cars around the world,” said Thomas Ingenlath, CEO of Polestar. “Our two award-winning cars are on the road in 14 markets globally and we expect our global sales volume to reach around 29,000 vehicles this year.” By 2025, Polestar intends to sell 290,000 vehicles, a tenfold growth from 2021.

The arrival of the Polestar 3 coincides with plans to increase Polestar’s presence to at least 30 global markets by 2023. Every year through 2025, Polestar will launch a new vehicle, rounding out the lineup to four when the final one arrives. Following the Polestar 3 will be the Polestar 4, a small performance SUV sized between Volvo’s XC40 and XC60 but aimed at the likes of the Porsche Macan and Alfa Romeo Stelvio. Last but not least will be the Polestar 5, the production version of the Precept show car that we got a glimpse of last week. This will be sized similar to a BMW 5 Series but have the space of a full-size sedan. It will also ditch the traditional rear window in favor of a camera just like the Precept.