Pininfarina gives a deep dive on the Foxtron Model E 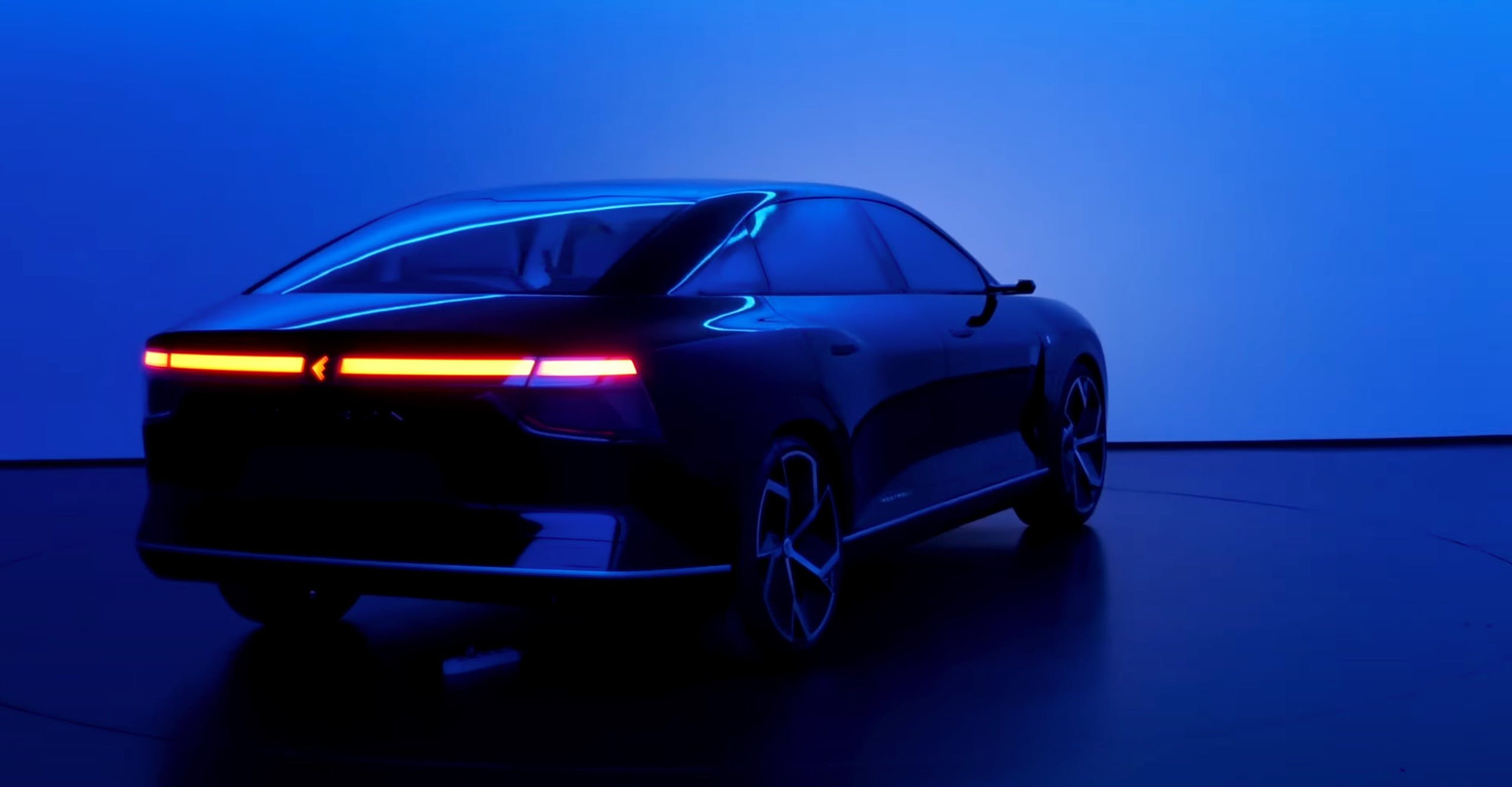 Taiwanese chipmaker and software company Foxconn revealed three in-house-built battery-electric vehicles this week. All of them are underpinned by its open platform specifically developed for this type of application and will be branded as Foxtron. One of the vehicles, the Foxtron Model E, is a full-size luxury sedan designed by the legendary coachbuilder Pininfarina. The company recently released a video providing an in-depth look at its first collaboration with Foxconn, providing us a glimpse of the interior for the first time.

Giving us the design walkaround on the Foxtron Model E is Kevin Rice, Chief Creative Officer at Pininfarina. The interior stands out with its white upholstery mixed with black trim, wood, and metal. Black piping gives the seats more pop to give contrast to the white leather. Blue ambient lighting adds more color to a bright cabin. On the dash are three massive displays housed in a single piece of glass in a driver-centric layout. At around the 1:30 mark, you can see Apple CarPlay being projected on the center screen. The center console is a floating type meaning there’s storage underneath it. A second one is integrated into the rear seats, making the Model E a four-seat vehicle.

The Foxtron Model E’s exterior proportions highlight its low-slung roofline and length. Like every EV, the car doesn’t have a traditional grille; instead, you get LED lighting elements spanning the width of the front end, creating a unique face. Below the daytime running lights are what appears to be the Model E’s main headlights, which do a cool startup pattern when you turn the vehicle on. There are neat surfaces that show things like a bicycle crossing while the car’s brake lights are on. Mimicking the front end are full-width taillights and an illuminated logo.

Foxtron’s Model E will get technologies like face recognition for entering the vehicle and the ability to transform the rear seats into a mobile office. It will also be able to connect your mobile devices seamlessly once you enter the vehicle. In terms of performance, the Model E will have 750 hp on tap and can hit 100 km/h (62 mph) in 2.8 seconds according to Foxtron. On a single charge, it can travel up to 750 km or 466 miles. Foxtron hasn’t revealed other specifications regarding the Model E but if we were to make an educated guess, the battery pack should be somewhere in the neighborhood of 90 to 110 kWh. It will also likely be mounted under the passenger compartment to lower the center of gravity as much as possible.

Joining the Model E will be two other vehicles. The Foxtron Model C is an all-electric compact crossover with seating for up to seven passengers in a 5+2 configuration. It has a drag coefficient of 0.27, which is low for a boxy vehicle and has a range of 700 km or 435 miles per charge. Foxtron says the Model C can hit 100 km/h (62 mph) in 3.8 seconds, which means it’ll likely have two high-output electric motors and a battery with a capacity of around 90 to 110 kWh. The third vehicle in the lineup is the Model T, an all-electric bus with a range of 248.5 miles per charge and can withstand 400-degree temperatures.

The Foxtron Model E and the two other vehicles will be built as part of a joint venture between Foxconn and Yulon Motor. The latter’s stand-alone brands, Luxgen and CMC, will be among the first to use Foxconn’s dedicated open EV platform.