Mercedes EQA gets caught on camera for the first time 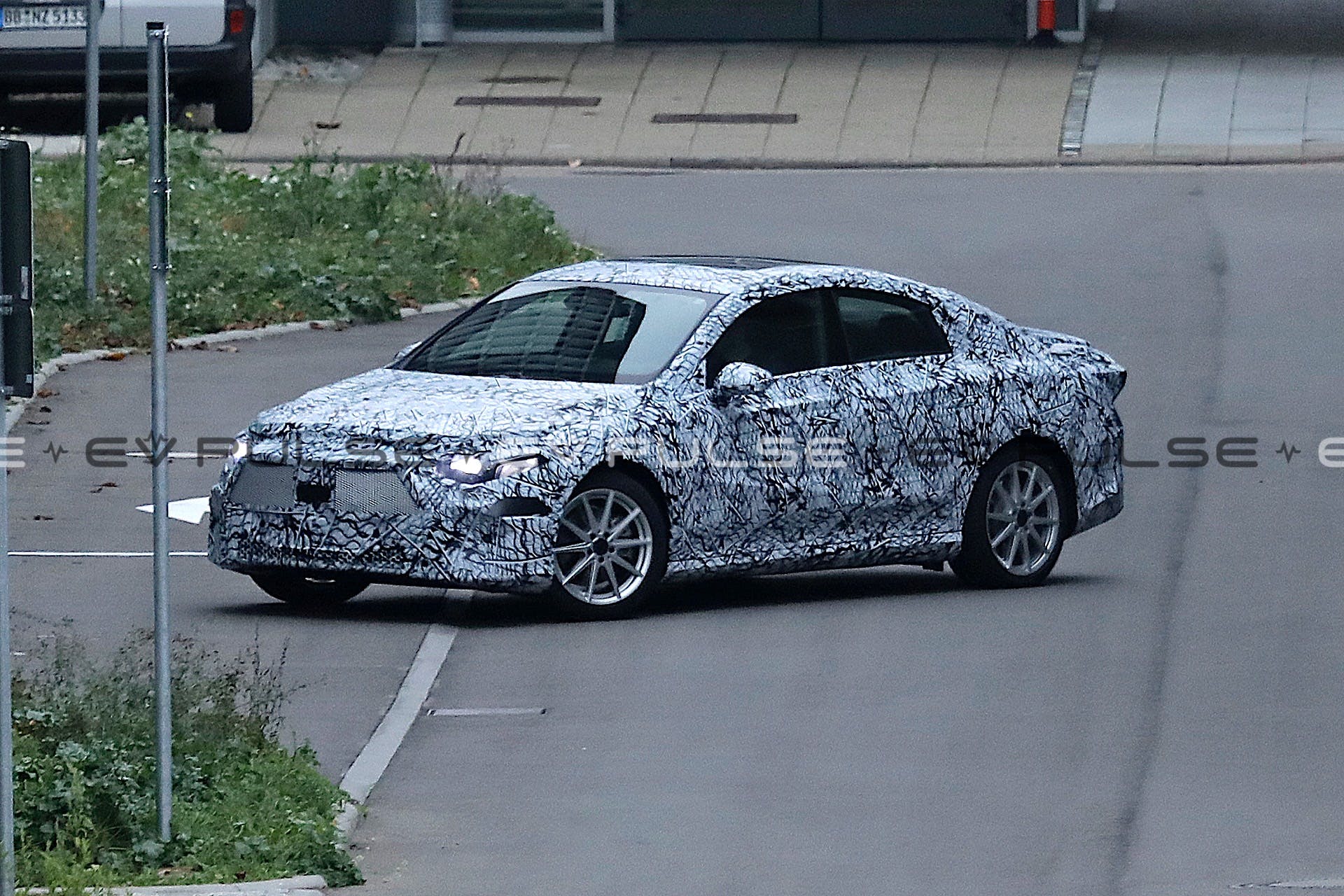 Spy photographers have caught a heavily camouflaged prototype testing near Mercedes-Benz’s R&D center in Stuttgart, and it’s believed to the EQA Sedan. Currently, the German automaker’s naming convention for its electric lineup differentiates the models by simply adding “Sedan” or “SUV” after the nameplate. But the EQA all-electric crossover is called just that, EQA, so it’s likely Mercedes will brand the current model as EQA SUV and this four-door coupe the EQA Sedan. Of course nothing is set in stone and this is the brand that departed from its A-, C-, E-, and S-Class naming convention to create models like the CLA and CLS, so it’s entirely possible this model will be called something else.

Regardless of its name, it appears this prototype previews a future vehicle that will slot below the upcoming EQC Sedan, offering a slightly more affordable option for buyers searching for a four-door electric vehicle. It rides on the company’s Mercedes Modular Architecture (MMA) platform that is designed for compact cars and will be electric first, but not exclusively electric. Designed to fully support hybrid and fully-electric powertrains, the MMA platform will likely be Mercedes-Benz’s final that will accommodate internal combustion engines. Moving forward, the automaker plans on being electric only, which means future platforms won’t bother with gasoline engines.

We expect the first vehicle riding on the MMA platform to be released around 2025 and it’s likely the vehicle you see here being tested. Although it’s wearing heavy camouflage, it’s easy to spot styling cues from current Mercedes models and the unmistakable profile of a four-door coupe that the CLS arguably made famous. So yes, it’s more like an all-electric version of the CLA than the A-Class sedan. But the A-Class has already been axed in the North American market, and production is reported to stop by 2025, so it’ll be interesting to see how Mercedes decides to brand this vehicle worldwide. Mercedes is also planning to discontinue the B-Class by 2025, which would leave just four ICE models in its lineup: CLA, CLA Shooting Brake, GLA, and GLB.

Knowing that schedule, expect this vehicle to arrive on the market as the A-Class gets phased out in the global markets. That means we’ll likely have to endure a couple years of spy photos before we get a real clear picture of what this model will entail.