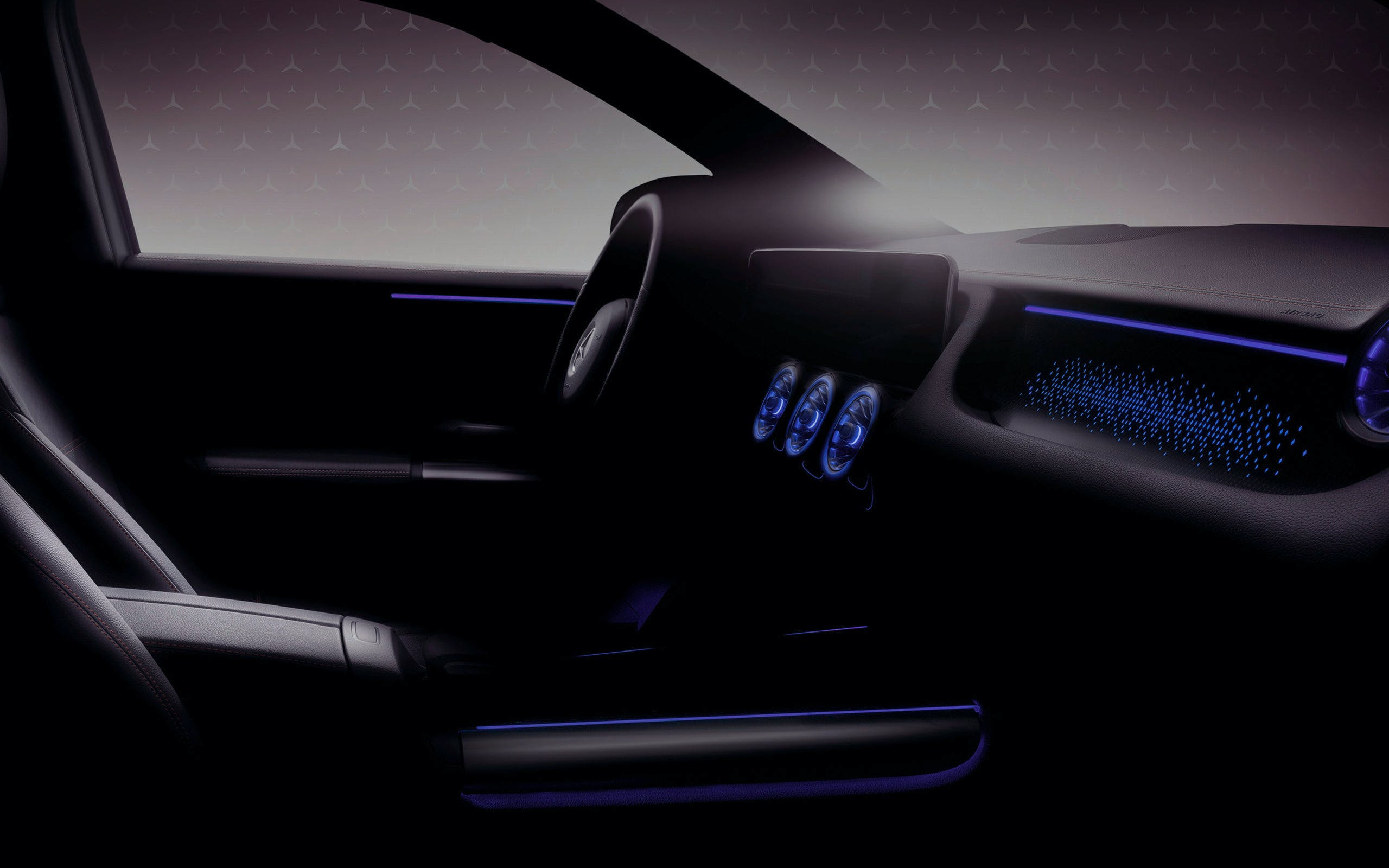 One of the smallest Mercedes-Benz EQ models, the EQA, has been teased ahead of its official debut on January 20. Essentially, an all-electric version of the subcompact GLA-Class, the EQA 250 will initially get a 140-kW (188 hp) electric motor. AWD variants will follow along with a 200-kW (268 hp) model sitting at the top of the range. Mercedes-Benz hasn’t announced what battery sizes will be available yet.

The teaser shot Mercedes-Benz showed off highlights the EQA’s interior. Although it looks similar to one found in the GLA-, GLB-, CLA-, and A-Class, there are unique design cues to distinguish the EQA like the cool illuminated dash trim. Otherwise, the cabin appears to be similar to its non-electrified stablemates.

In total, Mercedes-Benz will add up to eight EQ models. The EQA will be one of the smallest EQ models in the lineup along with the EQB, which is an electrified version of the boxy GLB-Class. The EQA will be built alongside the other compact Mercedes-Benz models in Kecskemet, Hungary. Other EQ models include the EQE and EQS sedans. SUV versions of the EQE and EQS will also join the lineup, both of which will be built at Mercedes’ Tuscaloosa, Alabama facility.