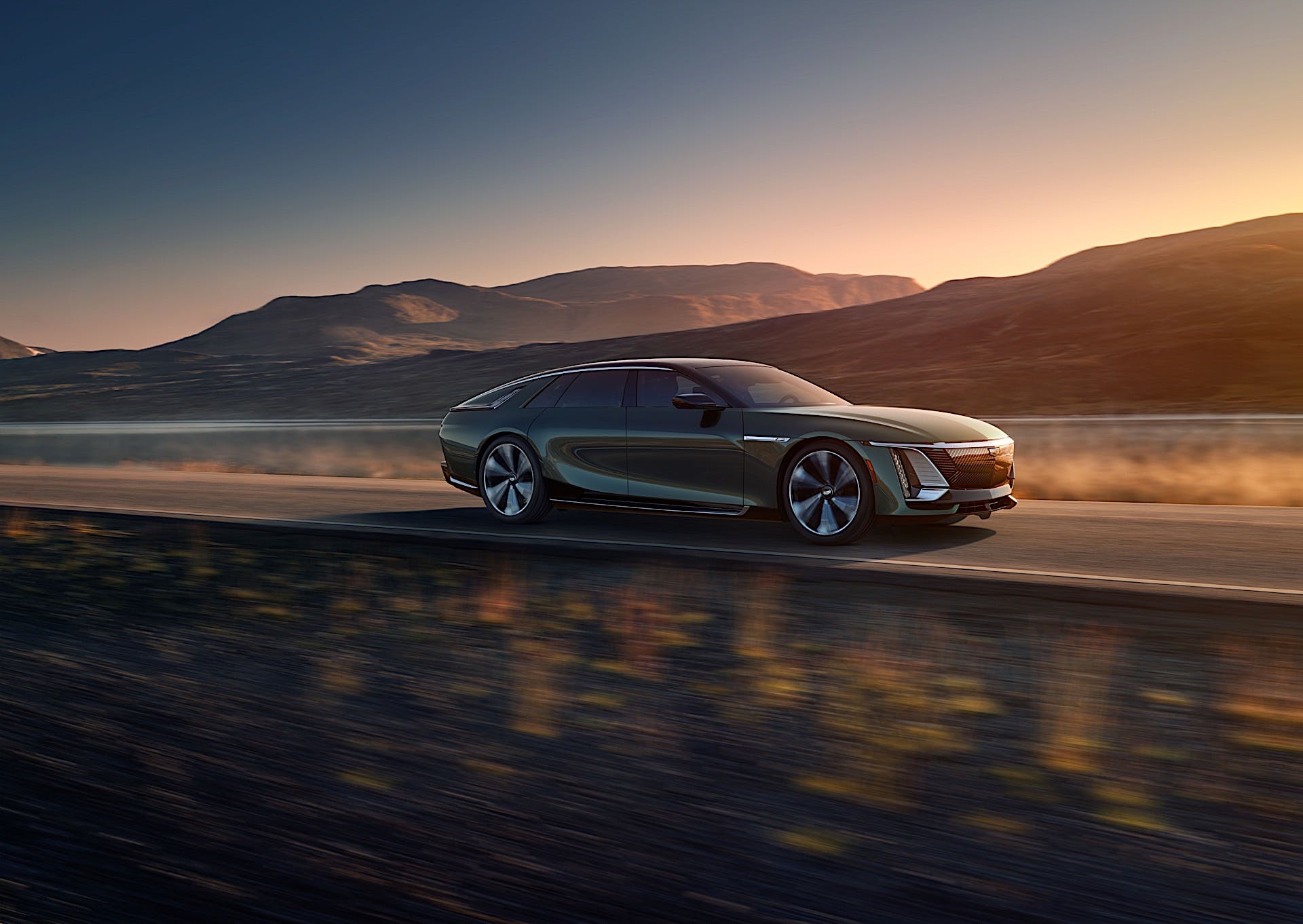 Cadillac is bringing an all-electric luxury sedan to the ultra-premium segment with its all-new Celestiq. After what seems like endless teasings, we now can tell you everything you want to know about the brand’s newest flagship.

Celestiq is a four-door sedan riding on GM’s Ultium platform. It runs a dual-motor setup, meaning that it’s all-wheel drive. There is a 111-kWh battery pack on board.

Cadillac is estimating 600 horsepower with this setup, and 640 lb-ft of torque. While it’s not the most-powered Ultium vehicle, the car should be able to make a 0-60 mph run in 3.8 seconds.

GM is estimating 300 miles (483 km) on a full charge. When it comes time to recharge, the Celestiq can peak charge at 200 kW. Cadillac estimates that you can add 78 miles of range in 10 minutes of charging.

The charging system seems quite familiar to that in the Lyriq, which has a peak charging rate of 190 kW. Remember, the size of the battery pack with Ultium dictates fast charging rate.

Additionally, Cadillac is including access to Ultium Charge 360, which allows drivers to access some 110,000 publicly available charging points in the United States and Canada. Plus, with the included app, drivers can plan trips around charging and use real-time information — like charger availability — to plan their route.

Cadillac is going after luxury customers with the Celestiq, so it needs to deliver Rolls-Royce-level comfort.

The Celestiq will also feature something called Active Roll Control, which employs stabilizer bars embedded at the front and the rear to help mitigate rolling while cornering. Other luxury brands employ similar tech to help keep weight under control.

A 5-link front and rear suspension also helps with keeping weight under control, while also helping deal with the instant torque that comes with an electric motor setup.

Of course there’s an active rear spoiler, because of course, and electric power steering because it’s an electric car. But one thing we’re interested in the most is the tires.

Cadillac is equipping the Celestiq with 23-inch wheels and summer-only Michelin Pilot Sport EV tires. While yes, they were designed for EVs, they are also Pilot Sport tires, which focus way more on ride handling and performance than efficiency.

Celestiq employs Cadillac’s “Art of Travel” design philosophy all over. “Celestiq is the purest expression of Cadillac’s legacy of design excellence,” said Erin Crossley, design director, Celestiq. “It revives the spirit of handcrafted coaches in a vehicle that is both an artistic tour de force and a peerless sensory experience.”

That means there’s tons of handcrafted components all around the interior, plus extensive use of 3D printed pieces. Cadillac’s unique approach to lighting captivates from both the outside and in the interior.

Also captivating is the 55-inch advanced display that handles the role of instrument cluster and infotainment display. The driver display has a pixel density similar to that of an 8k display. Plus, like all modern luxury sedans, there is a passenger display up front for the occupant to handle many controls. Of course, technology called Digital Blinds Active Privacy makes it so that the passenger screen doesn’t distract the driver.

Of course Cadillac’s latest tech is on board, including the Google-based infotainment system. A premium audio system, consisting of 41 speakers, helps rock out the tunes — or NPR.

Two things really worth noting here is the inclusion of Connected Cameras — which allows the driver to view around the vehicle through the app anywhere in the world, and Ultra Cruise.

Ultra Cruise is the next-generation of GM’s Super Cruise technology, featuring lidar sensors and other advanced processing. Through over the air updates throughout 2024, the system will be incrementally better. Taking Super Cruise to the next level, Ultra Cruise should even eventually to allow hands-off driving on city streets.

There’s a lot more to take in with the 2024 Cadillac Celestiq, and Cadillac has to deliver when the Celestiq is expected to have a starting price “north of $300,000 and increase based on level of personalization.”

Is there a market for an Uber-luxe premium sedan from an American automaker? In the EV future, there might just be.