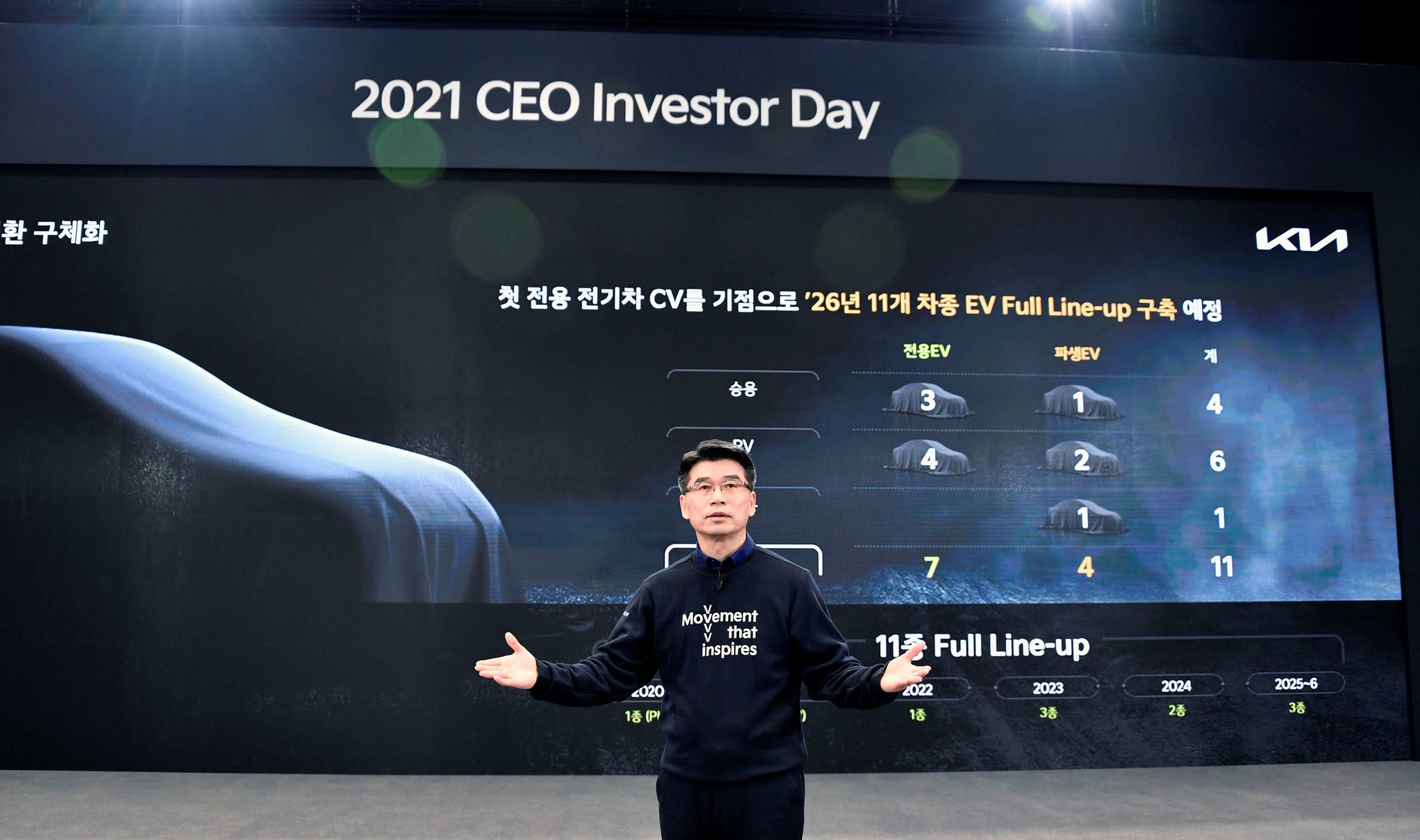 Kia’s first dedicated electric vehicle will finally be shown next month. Code-named CV, the EV crossover will be the second vehicle on the Hyundai Motor Group’s E-GMP platform, following the 2022 Hyundai Ioniq 5. This will launch Kia’s electrification offensive, which is part of its Plan S strategy to speed up EV adoption and gain more market share in that segment.

In total seven out of the 11 EVs Kia plans to introduce by 2026 will be built on the E-GMP platform. The other four will be on heavily modified versions of existing architectures used on models with internal combustion engines. We suspect two of the four models are the Soul EV and the second-generation Niro EV. Vehicles on the E-GMP platform will feature a new infotainment system with over-the-air (OTA) update capability, an upgraded infotainment system, and feature on-demand services. When it debuts next month, the CV will be the first Kia to feature highway driving assist level 2, which should build on the highway driving assist feature found in existing Kia vehicles. In 2023, that will get upgraded to Highway Drive Pilot, which Kia says is a level 3 semi-autonomous system.

The brand recently outlined an update to its Plan S strategy and it is now targeting 40 percent of sales to consist of electrified vehicles by 2030, including hybrids, plug-in hybrids, and EVs. Kia is aiming for 1.6 million sales annually with EVs taking up 880,000 units by 2030. In 2022, Kia will reveal its first purpose-built vehicle (PBV), the first of a range of specialized models developed in collaboration with other companies in the e-commerce and delivery sectors. By 2030, Kia is targeting up to one million units in sales of PBVs.

Mobility services will also get expanded but mostly in Europe. Wible and KiaMobility, two of Kia’s car-sharing services are getting upgraded with the latter expanding into other European markets. Kia will launch an EV-based car-sharing subscription service that allows vehicles to be rented by businesses on weekdays and individuals on weekends. There will also be a vehicle subscription program called Kia Subscription that will launch globally later this year. This service was originally introduced in 2019 as Kia Flex in South Korea, Kia’s home market.

This latest update to the Plan S strategy reflects Kia’s broader approach, which it originally announced when it revealed its new logo. The brand is no longer just an automaker, it’s now a mobility provider that builds cars and provides services to help people and goods move around.